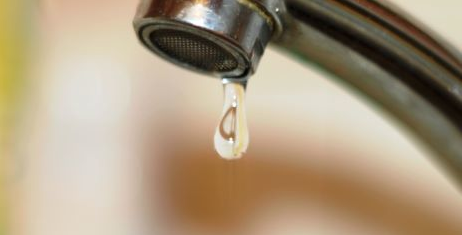 Water authorities are setting up schemes to supply water to the three million residents who are faced with shortages, thanks to the ongoing drought.

The City of Durban has moved to the next level of drought, with city water officials rolling out contingency measures for residents who do not have access to water.
Its three million residents are already living with water restrictions, thanks to South Africa’s worst drought in 112-years. KwaZulu-Natal has had several droughts since 2012, but declared a provincial drought disaster in late 2014.
In that time, the three major dams that supply Durban and the rest of the province have seen their levels drop to as low as 30%.
The contingency measures have already seen water tanks installed around the city and an increase in water tankers so that people can access water if they do not have any. Officials at Umgeni Water, the local utility, say further measures will include four-litre bags of water being distributed to people who have the least access to water.
Other South African cities are in the early stages of this, with places such as Bloemfontein imposing severe water restrictions and fines for wastage.
Research released by the International Institute for Applied Systems Analysis this week said this sort of urban water crunch would become the norm this century, if nothing was done to lower consumption and use water more efficiently.
The research – “Pressure building on global water supply” – was published in the journal Geoscientific Model Development.
It warned: “Our current water use habits increase the risk of being unable to maintain sustainable food production and economic development for the future generation.”
South Africa’s droughts are cyclical and the current one has been exacerbated by El Niño, but the 31st-driest country in the world has targeted water waste as a big problem for the future. The Water Research Council, a quasi-government research body, estimates that a third of all water is lost in water systems.
Fixing this is part of the national response to the ongoing drought.
In the long term, South Africa’s environment department predicts that droughts will become more frequent and more intense. Rainfall might increase, but it will only do so in the eastern parts of the country. This rain will also come in heavier and more damaging spells, which makes storing the water more difficult.
Source: mg

It’s just 3 weeks left to the show, and this week the exhibitor spotlight is on VAG-Valves, ZebraTube and Indalo…