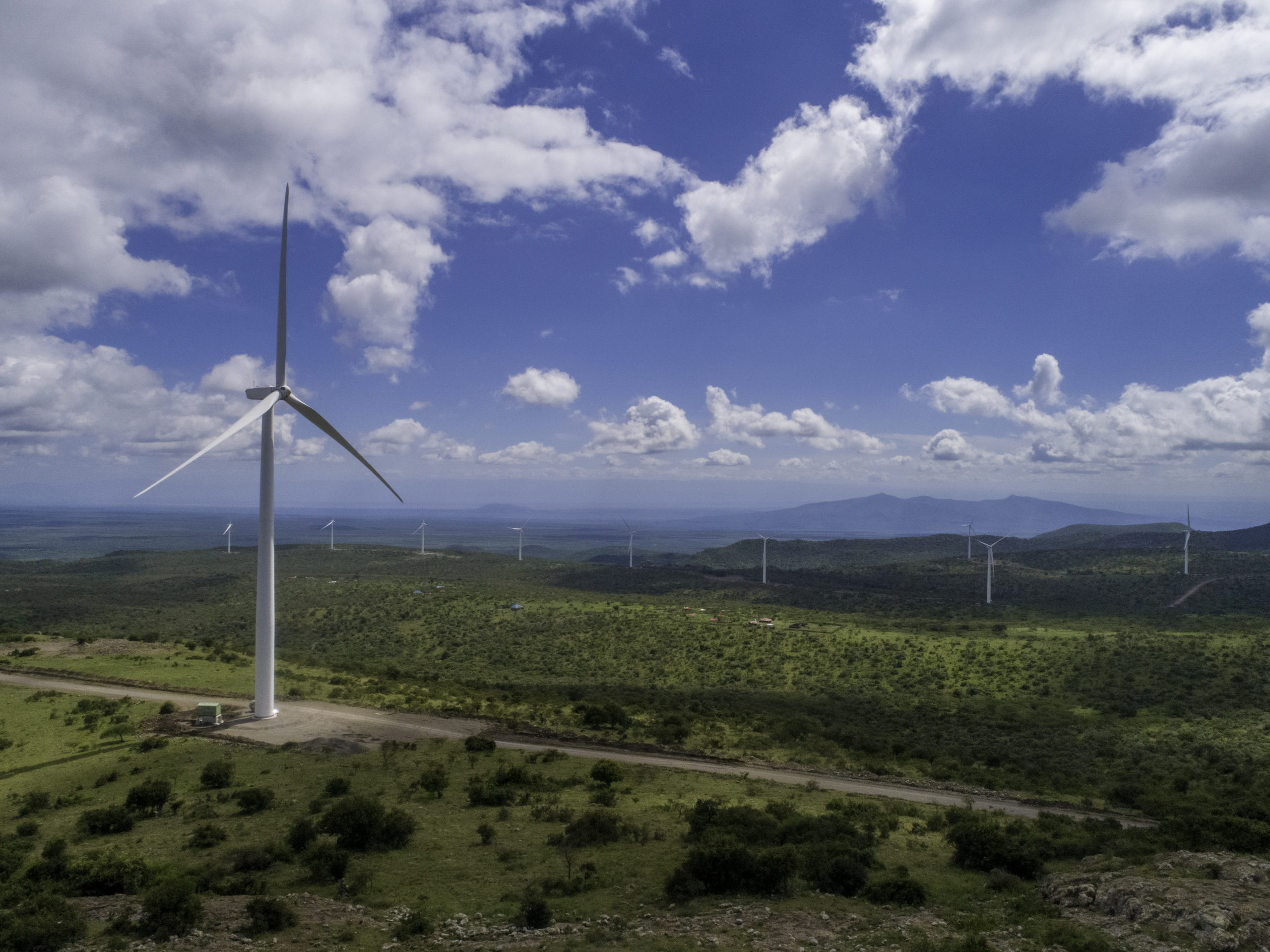 25 January 2021 – Kipeto Energy Plc (“KEP”) has announced it has connected Kipeto wind farm to the national grid and will start generating power in the next week.

KEP has connected a 17km (220KV) high voltage transmission line, linking the facility to the national grid at the Isinya Substation, and signaling the start of the go-live process. The project’s 60 GE 1.7-103 wind turbines, each capable of producing 1.7MW, will be switched on in stages as part of a gradual ramp-up process, with all commercial tests due to be concluded within the next few months.

Located in Kajiado county, Kipeto is Kenya’s second-largest wind power project. It has a 20-year Power Purchase Agreement with KPLC, and once it is at full capacity, Kipeto will generate 100MW of clean wind energy for the Kenyan people, providing power to the equivalent of approximately 250 000 households. This will be a significant contribution to Kenya’s Vision 2030 and Big Four Agenda.

Dr. Kenneth Namunje, Chairman and Director of Kipeto Energy Plc and Director of Craftskills Ltd commented: “First and foremost I would like to thank the local community for their ongoing support of this project, which has been paramount from day one. Now, with the assistance of KPLC and Ketraco, we’re delighted that this final connection and energization sees the transmission line and associated equipment being handed over this week to KPLC for future care and operation.”

Robert Skjodt, CEO of BioTherm Energy commented: “We are proud to have completed the construction of the Kipeto wind project to the highest standards with strong support from our engineering and construction partners from Worley, China Machinery and Engineering Company, and GE, as well as the local community, to maintain strict safety protocols throughout construction. We are excited to be contributing to Kenya’s Vision 2030 goals and Big Four Agenda and demonstrating that solar and wind are cheaper sources of electricity than traditional fossil fuel-based power plants with a significant positive impact in the local communities.”

The Kipeto project reached financial close in December of 2018, marking the beginning of its two-year construction phase. The project is funded by equity from Actis-backed BioTherm Energy (88%) and Kenyan company Craftskills Ltd (12%) alongside senior debt from the U.S. International Development Finance Corporation (“DFC”), the US Government’s development finance institution.

KEP leased and secured more than 60 plots within the project area for the wind turbine footprint and the transmission line through voluntary participation of landowners, and has undertaken a number of local initiatives, including constructing new housing for local families outside the project’s 500m buffer zone, supporting schools with PPE and sanitization equipment as protection against the pandemic, drilling community water borings, and establishing a youth vocational skills training programme to increase employment from within the local community. More than 800 jobs were created during the construction phase of the project and an additional 60 permanent jobs are anticipated during the operational phase.

To ensure international environmental standards were followed, KEP worked with specialist consultants during both the planning and development stages of the project to undertake a series of environmental assessments and impact studies. With support from USAID Power Africa, Kipeto developed and initiated a Biodiversity Action Plan, which is designed around the international best practice outlined in the IFC Environmental and Social Performance standards.