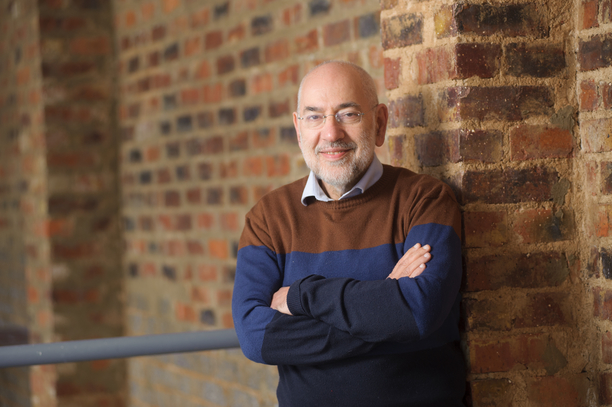 Coded History guarantees that everything you thought you knew about Emeritus Professor Barry Dwolatzky is gladly reconsidered. Nothing about this book is what you would imagine possible in the life of Wits University’s unassuming and much-loved professor.

Coded History: My Life of New Beginnings launched yesterday, 2 November 2022. This self-penned memoir by Wits University’s Emeritus Professor, Barry Dwolatzky, chronicles a modest man’s journey from middle-class white suburbia to a clandestine role in the fight against Apartheid, while also establishing himself as one of the country’s most revered software and electrical engineers.

Coded History: My life of New Beginnings is not an autobiography that recounts Dwolatzky’s entire life story, but rather a memoir encompassing a collection of some pivotal and important memories.  These highlight key moments and major achievements in his life and how he saw each of these as a new beginning.

It was the general feeling of vulnerability experienced during COVID, coupled with his own specific health issues, that led to Dwolatzky’s decision to write his memoir.  “I started to contemplate my mortality and what would become of the legacy I had built, and the memories created. I could not help but start thinking about what would happen when I die, what will become of my memories? Will they die with me, or can I leave some of them behind?” He says another motivation to write was hearing many young people recall how he had inspired them, and while hearing such stories warmed his heart, Dwolatzky wondered how much they really knew about him.

Told with the sensitivity and self-deprecating voice of someone discovering his place in what became the so-called Fourth Industrial Revolution, Dwolatzky shares his delight in finding the world of computing and discovering his ability to teach while pursuing his own commitment to political change.

Liberation struggle veteran, former government minister and author, Ronnie Kasrils says of the book: “Just as he is about to undertake a risky mission from London for the underground ANC, the author is dealt a cruel blow from an unexpected quarter. This fascinating account of an innovative scientist’s life journey, with dramatic twists and turns, reflects an abiding commitment to make his country and the world a better place. The fight against the odds prevails and reflects the ideals and integrity of a very brave human being. This is a book that lifts the spirits.”

The first chapter recounts how, on December 23, 1987, Dwolatzky was told that he had hairy cell leukaemia and had less than a year to live. Fortunately, he survived this dire prognosis and in 2020 used the enforced quiet of the pandemic to start writing an absorbing story about how he found himself unexpectedly lying in a hospital bed in London more concerned about the contents of his briefcase stashed under his bed than the prospect of his life ending in a few months. The mystery of the briefcase’s contents and his presence far from South Africa form the axis of much of his story.

The story of an extraordinary life is proof of the adage to never judge a book by its cover. Dwolatzky’s Coded History is complex yet simple, enquiring yet accepting, and proof that a life well lived is inspirational and worth sharing.

“I’m most proud of the fact that I’ve made an impact in my life and equally, I have impacted many individual lives. I’ve also made an impact – albeit relatively small – on the history of South Africa, the success of a major developmental project, namely mass electrification, as well as the local ICT sector, and Wits University,” says Dwolatzky.

Dwolatzky, known affectionately known as either Prof Barry or The Grand Geek, says that he has survived and thrived: “I’ve kept going where others might have given up or become cynical. I’ve remained positive and focused, and I have never looked back. I never stopped striving towards new goals and new ambitions always open to learning from those around me.”

In Coded History: A life of New Beginnings, Dwolatzky hopes that people will find an engaging read and help readers, particularly younger ones, learn something about the history of South Africa during the 1970s and the United Kingdom during the 1980s. “These were very important periods in history. The book should also inform readers about the history of the ICT industry.  From all of this, I’m hoping that people gain inspiration and motivation for their own life journey.”

The journey from a conventional Johannesburg suburb in the 1950s as a bullied but clever outsider stretches through to his eminence as Emeritus Professor of Software Engineering at Wits University and founder of the Tshimologong Digital Innovation Precinct.  His path is deceptively ordinary, but the evolution of his commitment to social and economic justice and the consequences of his life choices were anything but ordinary.

His opposition to Apartheid shaped and distanced him from his professional and much of his personal world. Supporting the ANC and seeking active service in social projects in Mozambique, his life took unexpected turns, which in hindsight have symmetry, but at the time appeared bewildering. Dwolatzky’s personal choices were not easy nor simple, but his commitment to South Africa and the ending of Apartheid was profound.

Jane Rosenthal, author and reviewer says of the book: “This memoir provides insight into what started out as an ordinary white middle-class South African life, but turned out to be quite exceptional. Dwolatzky has been living through momentous changes in the country, and helped to bring them about. His intellectual ability, combined with moral integrity and social commitment took him into the forefront of those changes in our times. His narration is realistic about what has been achieved, as well as personally humble and humorous. It is an interesting, enriching and inspiring read.”

“Barry’s experiences and the way that he has written about them brought so many historical realities to life for me in a way that I’d never felt or understood before, very different from a dry history lesson. I felt like I was there, experiencing it for myself, all the excitement and thrill and anxiety. Things which I’d sort of known about in theory came alive for me, and I doubt I’ll ever forget about them,” Megan Moll, Freelance Editor.

To purchase the book visit www.SoftwareEngineer.org.za or Amazon.