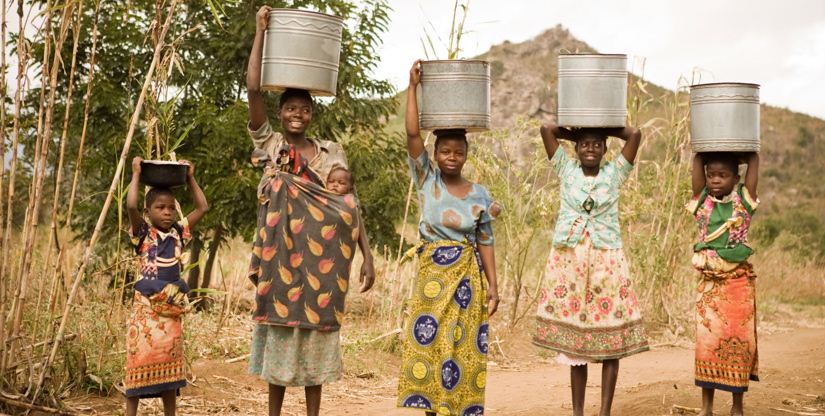 African women are breaking their backs to get water for their families.

Four years after the United Nations announced that it cut the number of people without access to cleaner water by half, getting to that water is still a major hardship for much of sub-Saharan Africa, a new analysis shows.
Find sales opportunities in your market
More than two-thirds of the region’s population reported that they leave home to collect water and haul it as far as two football fields, and that backbreaking work falls mostly on women and children in 24 countries carrying buckets that weigh as much as 40 pounds each. The result, says the analysis released Wednesday and published in the journal PLOS One, is “fatigue, musculoskeletal damage and early degenerative bone and soft tissue damage” on water bearers who are often frail to begin with.
Among households that spent 30 minutes to collect water from a well or some other protected source, 13.5 million were women and 3.5 million were children in nations such as Niger, Ethiopia, Cameroon, Burundi, South Africa, Liberia and the Ivory Coast. Girls vastly outnumbered boys who carry out the chore, 62 percent to 38 percent, the analysis said. Adult women tasked with water collection ranged from about 45 percent in Liberia to 90 percent in the Ivory Coast.
Jay Graham, an assistant professor at George Washington University in Washington, said he undertook the analysis with the help of two graduate students because the costs of constantly collecting water have been overlooked, with few scientific studies or reports that focus on the topic. As the world works toward improving water sources through the U.N. Millennium Development Goals, the labor of retrieving it should be considered, he said.
The authors suggested that the time and toll of water collection by children and women should be taken into consideration when measuring the progress of making water available, as well as the benefits of sanitation and hygiene.
“Water transport can take considerable time and energy, placing high demands on the metabolism, and result in pressure on the skeletal system leading to early arthritis,” the analysis said. “The most commonly reported adverse effect among the 39 water transporters in South Africa was spinal pain, at 69 percent. People who carry water may be more prone to injury in rural areas due to higher rates of poverty, chronic malnutrition and poor health.”
On top of that, people worn down by the weight of collection are far less likely to use water for common tasks such as hand washing. “It’s shown to increase infectious diseases such as diarrhea,” Graham said. Researchers think hauling water by hand and foot is so labor intensive that “people collect less, so there’s no hygiene in the home. You don’t want to use it up on hand washing.
“What I’m trying to do is highlight that we’ve been measuring one aspect, where the water comes from,” said Graham. “We’re totally missing this other metric — how long people are spending collecting water and the gender inequality associated with water collection.” Public health officials in Africa and across the world have rightly zeroed in on quality, he said, “but we don’t focus on things like … the health impacts that are indirect — faster pregnancy for girls who miss school to do the work and a shorter life span. This is going to become more exacerbated with climate change as people are expected to walk farther.”
Even in a more developed country like South Africa, more than half of water bearers were adult women — 56 percent. Female children followed them at 31 percent, male children at 31 percent, and finally adult males at 3 percent.
The analysis references reports that said reduced water collection carried benefits for women in the Namaqualand of South Africa, providing nearly an hour of extra rest per day and time spent with children. Other observational reports in the country showed the impacts on children forced to collect water — fatigue, early dismissal from school and difficulty focusing on studies while in class.
The authors said their analysis relied on data from two major international surveys, “the Multiple Indicator Cluster Surveys conducted by governments in collaboration with UNICEF, and the Demographic and Health Survey conducted by the ICF International and funded by the United States Agency for International Development.” This analysis included the Sub-Saharan African countries that had conducted DHS or MICS household surveys between 2005 and 2012,” it said.
Learn more and network with the best
Earn valuable CPD credits
Redeem your 50% discount
How to use product life cycle analysis to your advantage. (David Baggs)
Source: washingtonpost

It’s just 3 weeks left to the show, and this week the exhibitor spotlight is on VAG-Valves, ZebraTube and Indalo…