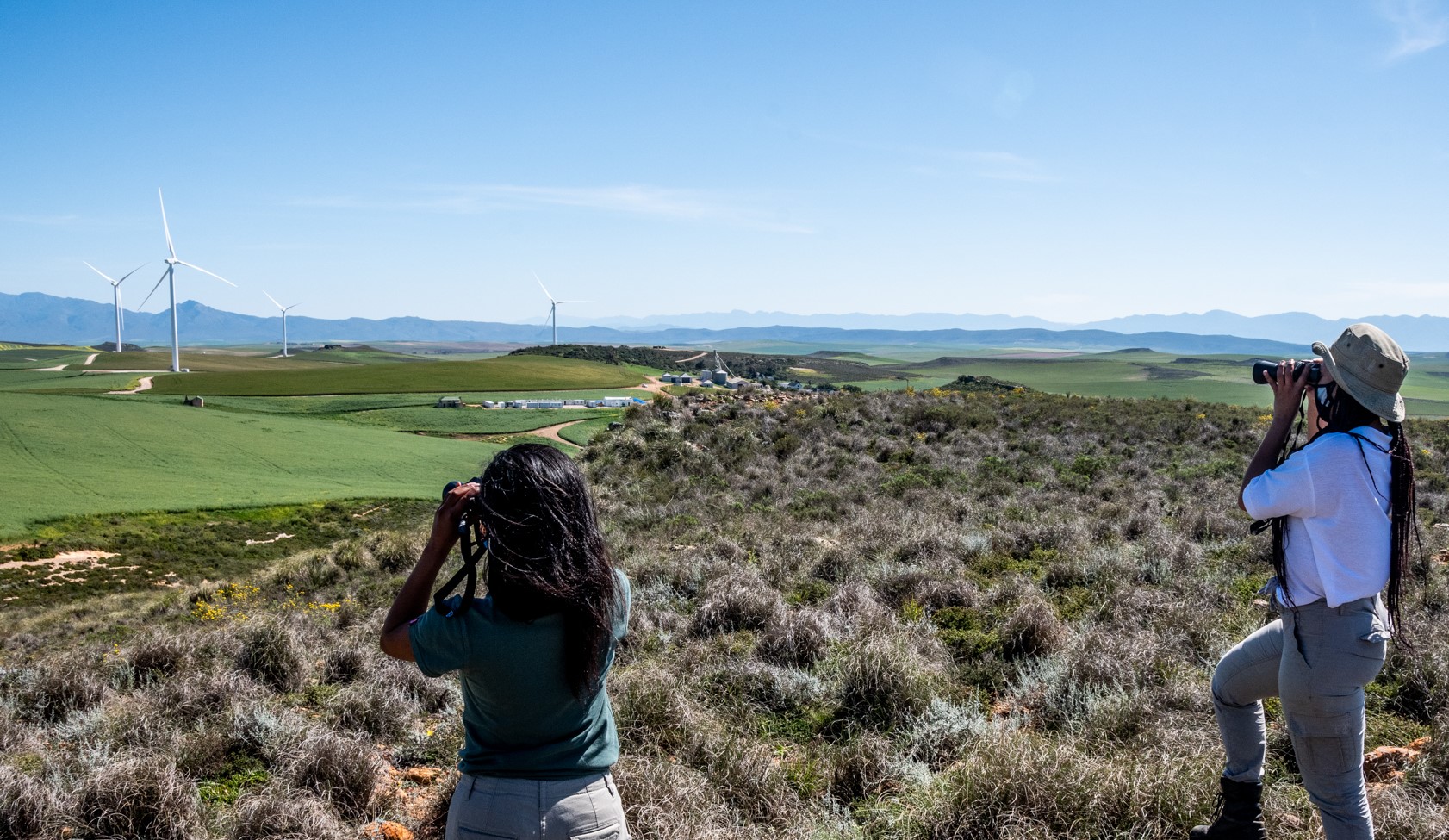 Working in collaboration with conservation organisations, BioTherm Energy’s Excelsior Wind Energy Facility, in the Western Cape, is pioneering the wind industry’s approach to conserving avifauna. The programmes that are being implemented go beyond looking at the potential impact of their wind farm on birds through mitigation, but are also aimed at a net gain in priority species, including Cape Vulture, Black Harrier, Verreaux’s Eagle and Martial Eagle.

The on-site mitigation programme to avoid losses includes an industry-first implementation of an observer-led ‘Shut Down on Demand’ (SDOD) system for priority species.

The SDOD system is implemented through notification by a team of bird monitors to the wind farm’s on-site operations room, where individual wind turbines are switched off when the priority species are in the vicinity and switched on again once the bird has passed by.

This SDOD system, which was piloted in August 2020 before being fully implemented, has to date resulted in no less than sixty SDODs being successfully called for.

“This direct mitigation through shutdowns has resulted in zero loss of priority species to date, meaning that we can proudly say that there have been no turbine collision fatalities so far, and we expect the same into the future.”

Additionally, the programme provides local job creation. The eight biodiversity monitors, who are predominately female, in addition to their supervisor, have been recruited from the surrounding communities.  The team of monitors is sited at three vantage points, seven days a week, and is responsible for the implementation of this rigorous programme through active communication with the operators.

BioTherm Energy also recognises that in the Overberg region, where the Excelsior Wind Energy Facility is situated, many bird species are also susceptible to powerline collisions, which has been well documented by the Endangered Wildlife Trust (EWT). This poses a significantly greater threat to certain species than wind turbines, including South Africa’s national bird, the Blue Crane.

“We approached the EWT to discuss potential conservation initiatives, and the result was the rollout of over four thousand bird flight diverters to mitigate avifauna fatalities along high-risk powerlines near, but not directly associated with, our project. We believe that this initiative will prevent needless collisions by Blue Cranes, Cape Vultures, and a host of other raptors. We have no doubt that, through this kind of collaboration, we can create innovative solutions where both conservation and renewable energy can coexist and even enhance each other,” commented Hirshon.

The EWT’s Wildlife and Energy Programme Programme Manager, Lourens Leeuwner, was recently reported in the media saying, “It is extremely encouraging to see an IPP actively seeking opportunities to conserve priority bird species in the regions surrounding their facilities. BioTherm Energy is actively engaging with project partners and looking to bolster conservation initiatives around their wind energy facilities”.

The wind farm’s off-site conservation activities also include work with the Overberg Renosterveld Conservation Trust (ORCT) to provide funding for the securing of easements for the protection of the Renosterveld (a critical habitat for the Black Harrier).