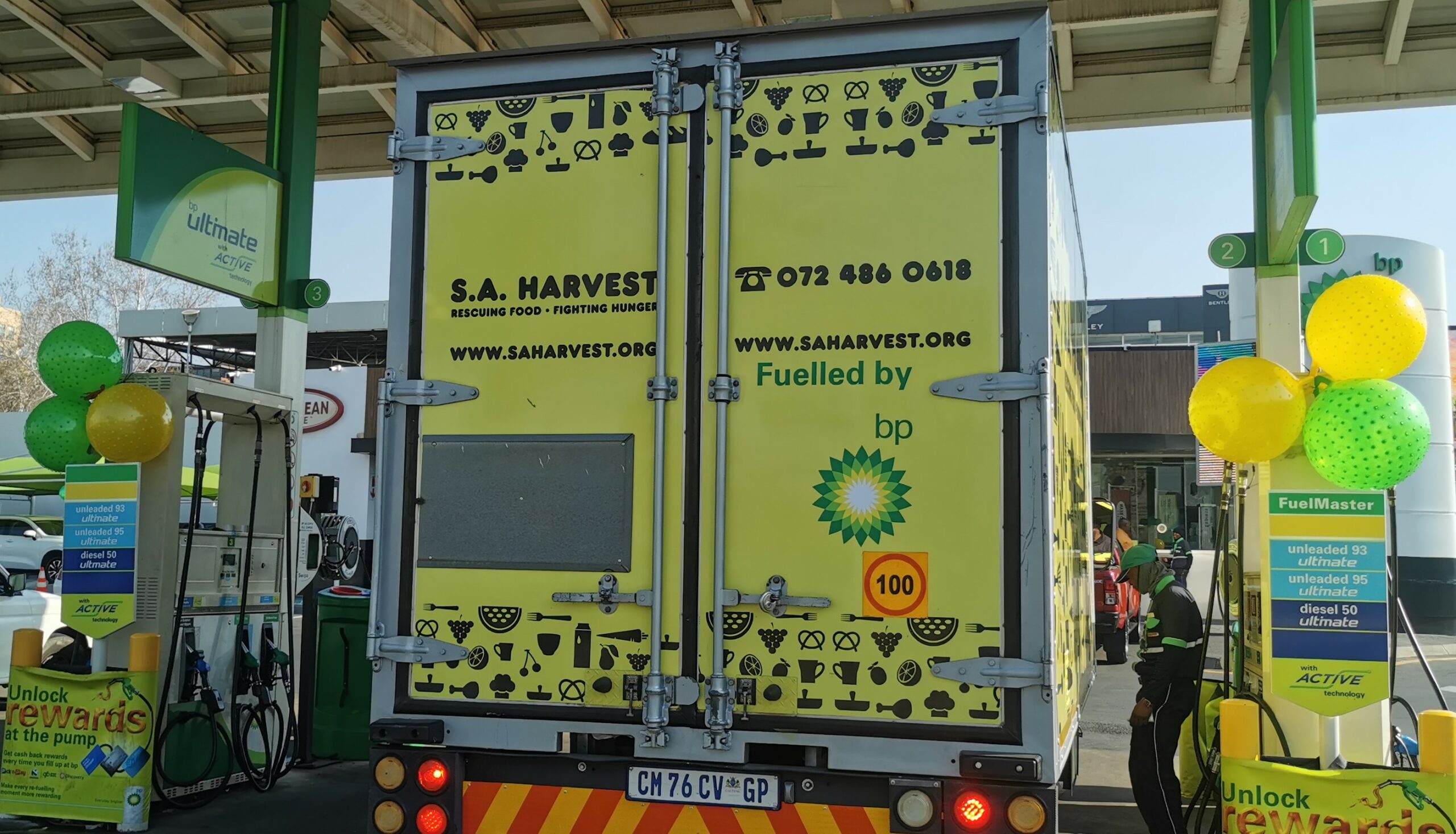 In honour of Nelson Mandela’s legacy of preserving and upholding human dignity, bp Southern Africa has announced a long-term partnership with SA Harvest, including involvement in its ‘Million Meals Month’ initiative. bp Southern Africa joins SA Harvest as an integral role player in its food ecosystem, and forms part of a network of farmers, manufacturers and retailers who support the community-based organisation to alleviate hunger and increase access to nutritious food supply.

As the official fuel partner, bp Southern Africa will fuel SA Harvest’s food delivery vehicles – empowering the organisation to deliver 55 million meals, over the next three years of the partnership.

Through the partnership, bp Southern Africa will also contribute towards reduction in methane emissions from landfills, in support of its net-zero carbon ambitions. In total, the company will prevent 19,500kgs of methane from being released in the first month of the partnership, and more than 1 million kilograms of methane gas over the three-year period.

The ‘Million Meals Month’ campaign is a call to drive awareness for the public and private sectors to join forces in enabling SA Harvest to increase its resource capacity, serve more beneficiary organisations, and ultimately more people, between 18 July and 17 August 2022.

“This partnership is a key element of bp Southern Africa’s community focused investments and supports the bp group sustainability aims to:

We are committed to contributing to communities in which we operate in a meaningful and impactful way for a sustainable future,” says bp Southern Africa CEO, Taelo Mojapelo.

bp Southern Africa’s contribution will support and fuel the daily delivery of food to a network of over 40 vetted beneficiaries situated in Durban, Cape Town, Johannesburg, Bloemfontein, Nelspruit, and the Gqeberha region.

Alan Browde, CEO and founder of SA Harvest, comments, “SA Harvest’s mission is to end hunger in South Africa, and the primary way in which we do this is by delivering food that would have gone to waste to hungry people all over the country in refrigerated vehicles. Of course, fuel is a great expense, and we are honoured to partner with bp Southern Africa, who are making a massive difference to our ability to do this. But our partnership and collaboration with bp goes much deeper. We are both determined to end hunger in the country but also to reduce emissions of methane gas from landfill into the atmosphere. In this way, I am proud to partner with a company that has the same vision about the environment and the unnecessary hunger in this country, and I look forward to our future together in this mission.”

Additionally, as part of the ‘Million Meals Month’ in memory of Madiba campaign which was launched in Melrose Arch, Johannesburg yesterday, bp Southern Africa employees will volunteer for a charity cookout at beneficiary venues in Johannesburg and Cape Town, on 22 July and 29 July 2022.  Various teams will come together to cook nutritious, hearty meals for SA Harvest to deliver to local communities.

“We stand in support of SA Harvest’s union against hunger and have allocated days in which we can actively help in our immediate communities. Our three-year partnership with SA Harvest allows us to rally other investors that will make it possible for greater education and access to food security. We look forward to fuelling the nation with this partnership, in more ways than one,” concludes Mojapelo.