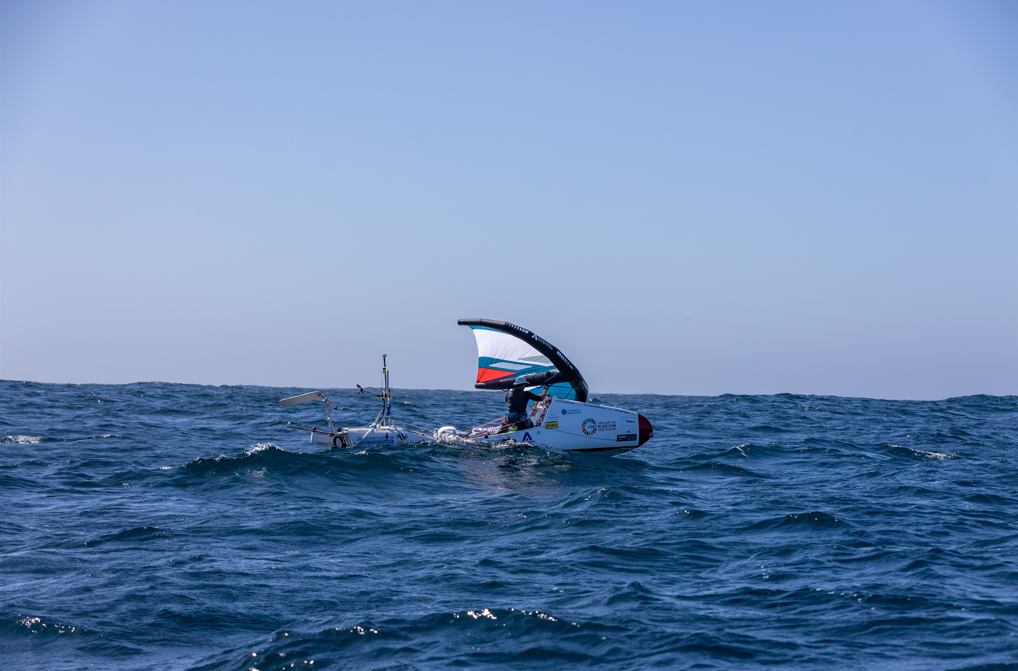 Chris Bertish Launched The Transpacific Wing Project on May 31st

The Transpacific Wing Project, the world’s first solo, wing foil, transpacific crossing, a 2,550-mile journey by wing foil across the Pacific Ocean launched on Tuesday, May 31st at 6:25 a.m. PDT from Lighthouse Point in Santa Cruz, California traveling to Honolulu, Hawaii, with a mission to raise awareness of climate change and climate action, while enriching minds through ocean conservation and ocean education. The project will also raise money and awareness for ocean conservation through partnerships with Conservation International and Sea Shepherd, all facilitated through the Chris Bertish Foundation.

The new-and-improved wing foil craft is powered solely by wind, solar energy and hydropower to be carbon net-zero. This expedition requires Chris Bertish to complete the equivalent of more than two full marathons per day, winging a minimum of 8-12 hours per day, for over sixty days, unsupported and completely unassisted until he arrives at the Aloha Dock at the Hawaii Yacht Club in Honolulu, Hawaii between the end of July to the beginning of August.

Bertish will post weekly “Captain’s Vlogs” sharing valuable ocean temperature, PH and plastic and noise pollution data which he will collect during his expedition. The team is also developing a first-of-its-kind “Ocean in Motion” classroom session series to give back to

education during the expedition. Bertish will be talking with influential leaders in ocean conservation to share their insight and wisdom on what we can all be doing to minimize our negative impact, take action, and be part of the change that we want to see in the world.

“It will be a lot of work to complete the 2,550 mile journey this summer, but with all of the planning, alterations and upgrades that we have made since last year, we are stronger than ever, and if we set our sights on a goal and overcome a challenge, we can get through anything,” said Bertish just before the launch.