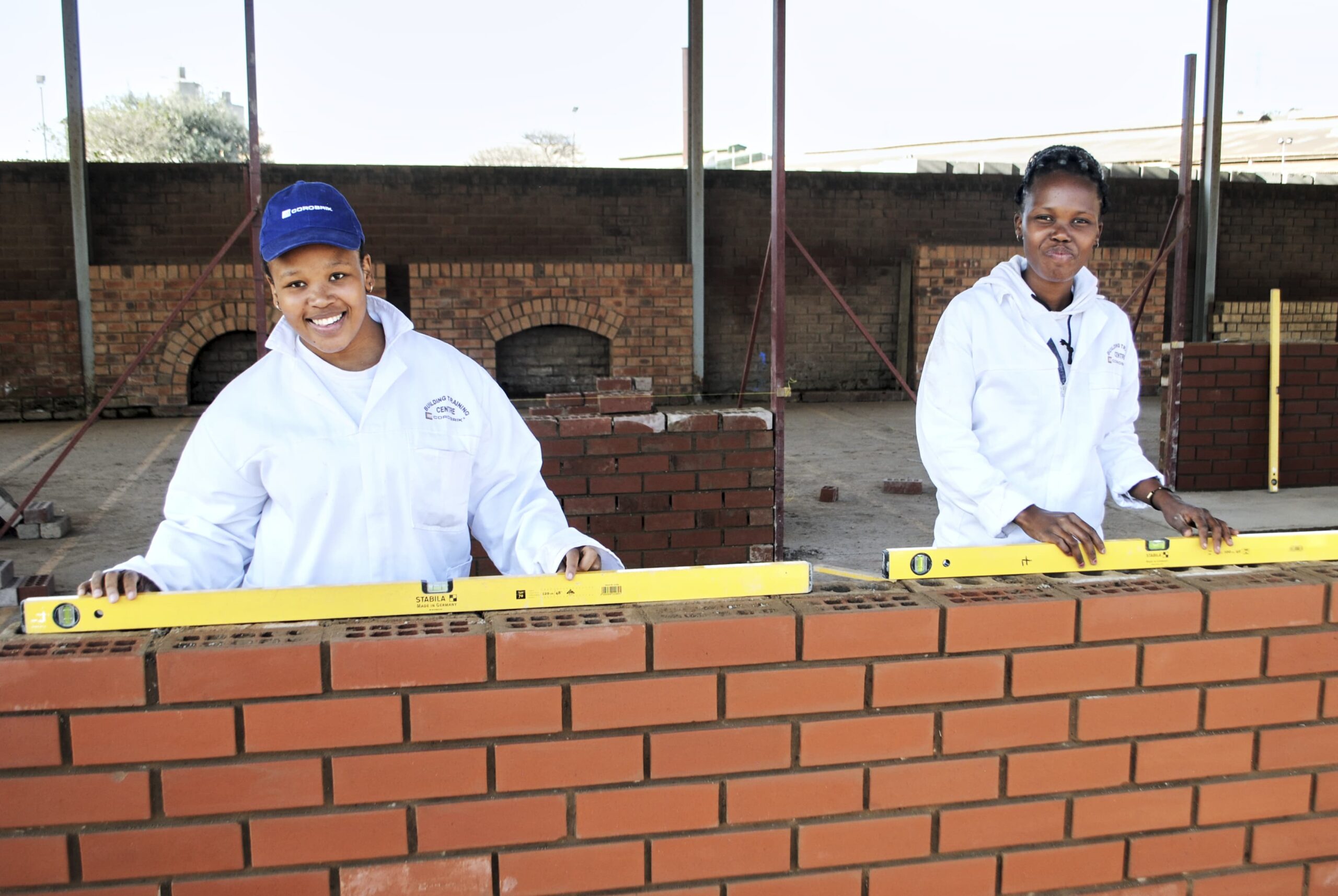 The company actively contributes to the government’s skills development and empowerment initiatives by offering bricklayer training at building schools at Avoca in KwaZulu-Natal, Lawley in Gauteng, and Lansdowne in the Western Cape. The training is fully accredited by the Construction Education & Training Authority (CETA).

These not-for-profit training centres are open to the public, government appointed students, and members of various organisations. Another major focus is assisting its own customers. “As an added incentive for our major customers, we have bricklayers that can go to site,” says Dlamini.

The building schools offer two types of training: Firstly, a one-year learnership that includes theory and a practical component and, secondly, a short nine-week skills programme that cherry picks modules from the learnership. The trainers themselves are employed by Corobrik and qualified both in their trade and as training facilitators.

“We have been offering this training for over a decade to date,” says Karabo Motsepe-Marutla, Government Development Manager at Corobrik, adding that the manufacturer celebrates its 120th anniversary this year. “The focus is obviously to equip unskilled workers with building and bricklaying skills such as that they can be gainfully employed and gain knowledge of building and the construction industry as a whole.”

The training offered by Corobrik not only provides an entry level for a rewarding career in the construction industry, but also allows for existing skills to be developed further and affords an opportunity for retraining if required.

Given the government’s commitment to a significant rollout of infrastructure projects, it is critical to have such a skills pipeline in place. Motsepe-Marutla highlights that basic bricklayer and building skills play a vital role in rebuilding flood-ravaged KwaZulu-Natal, particularly in the worse-hit rural areas.

“The long-term goal is that everyone who gets trained is employed. The idea is to bring together as many property value chain partners as possible in the various regions – from contractors to developers and occupiers – with ourselves as the training provider and to pool all our resources along with the government,” highlights Motsepe-Marutla.

“For example, by linking up with the Department of Human Settlements, the Corobrik training initiative is a fine example of a public-private sector partnership that assists in achieving the government’s skills development objectives and provides gainful employment,” she adds.

An interesting trend, according to Sibongile, is an increased uptake of the training by women. Minister of Human Settlements Mmamoloko Kubayi recently handed out certificates to a group of women from the Western Cape who successfully completed the Corobrik training. “That is changing the face of the construction industry from the ground up,” notes Sibongile.

Another focus for the Corobrik training is to support local economic development projects, whereby bricklaying promotes empowerment and social upliftment and boosts the economy. “This is a key initiative for us. We do not only want to hand out certificates but want to contribute to viable employment opportunities that fill critical gaps in the construction industry. It is critical, especially as bricklaying has been prioritised by the government as a scarce skill,” concludes Motsepe-Marutla.