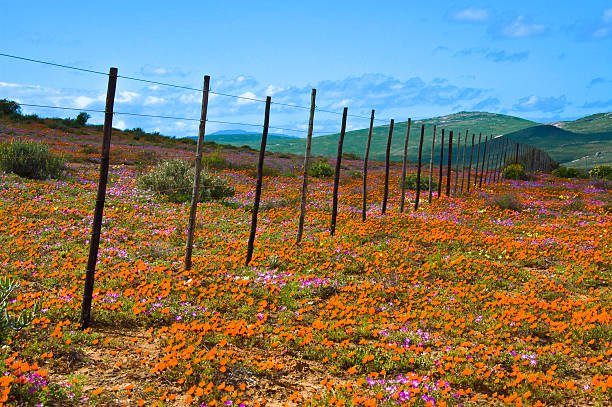 South Africa is not exempt from the adverse impacts of climate change as seen from the recent extreme weather events that manifested in the form of drought, floods and heatwaves in different geographical regions of the country.

As a result, the theme for the symposium is appropriate and timely to re-enforce the efforts to address climate change in a local context.

The need for urgency to address climate change is also supported by the 2021 Global Risk Report of the World Economic Forum (WEF), which places climate action failure and biodiversity loss among the top ten global risks.

This was also corroborated by South Africa’s National Biodiversity Assessment (NBA, 2018), which highlights habitat loss and climate change among the top five pressures faced by the country’s terrestrial ecosystems and species.

Ladies and gentlemen, as you may know, our country is endowed with a rich diversity of flora and fauna and this has earned the country a spot among a group of mega-biodiverse countries globally.

Biodiversity provides a wide array of benefits to the economy, society and human wellbeing.

As a result, maintaining intact ecosystems and species populations, and ensuring connectivity across landscapes and seascapes, is vital for preserving the adaptive capacity of nature to climate change, which in turn will enhance human adaptive capacity and resilience.

It is for this reason that the South African Government recently adopted the National Climate Change Adaptation Strategy (NCCAS) which provides an enhanced opportunity to transition the country towards climate resilience and for us to achieve our obligations to the Paris Agreement through the Nationally Determined Contributions (NDCs).

Anchored by nine (9) strategic interventions which will be implemented across eleven (11) sectors, the NCCAS provides a common reference point for climate change adaptation efforts in South Africa, including EbA.

Biodiversity and ecosystems are recognised as one of the 11 important sectors in which resilience is paramount.

Ecosystem-based Adaptation (EbA), which entails the use of biodiversity and ecosystem services in helping people to adapt to the effects of climate change, offers a good opportunity to actively leverage the functionality of ecosystem goods and services in our climate change response.

More importantly is that EbA can be applied on diverse land and seascapes, including natural areas, human-modified landscapes such as agricultural areas and urban regions and it is also cost-effective.

In South Africa, EbA is recognised for its potential to support poor and rural communities that are more directly dependent on natural resources and ecosystem services in adapting to climate change. The co-benefits of EbA contribute towards a broader set of socio-economic and development goals, including job creation, poverty reduction and rural/peri-urban development.

As a result, the South African Government has been championing the Ecosystem-based Adaptation approach with a specific focus on the investments in the conservation and protection of ecosystems, mainstreaming of biodiversity across sectors and programmes for restoration and rehabilitation of degraded or stressed ecosystems.

Furthermore, there are a number of various multi-sectoral programmes currently under implementation aimed at inter alia contributing to climate change adaptation and mitigation.

Many of these programmes link biodiversity conservation with socio-economic development in line with government priorities and these include DEFF’s Environmental Programmes, including Working for Water, Working for Wetlands, Working for Land and others, that implement restoration activities in support of the Expanded Public Works Programme (EPWP) which contributes to supporting adaptation and reducing climate disasters.

These also respond to the seven government priorities including alleviating poverty and uplifting households especially those headed by women through job creation and skills development.

I am also encouraged by the efforts geared towards mainstreaming EbA in South Africa through collaborative initiatives between my department and UNEP South Africa through a project known as “increasing the resilience and reducing the vulnerability of rural communities to the adverse effects of climate change”, funded by the Government of Flanders.

This initiative has facilitated the investment of much-needed resources in two important EbA projects across the country that include the Conservation Stewardship Programme in Namaqualand (Northern Cape), and EbA mainstreaming in the Joe Gqabi District of the Eastern Cape.

These projects are aimed at enhancing sustainable land management (SLM) that will benefit the local communities through the improved flow of ecosystems goods and services that include grazing.

Ladies and gentlemen, municipalities are pivotal to the fight against climate change to enhance the resilience of biodiversity and livelihoods.

Given the latter, I’m delighted to inform you that my department, together with SANBI and the National Disaster Management Centre, are working on finalising a proposal on EbA Disaster Risk Reduction targeted at vulnerable municipalities across the country.

The project is based on the recent initiative by the department to map priority areas for the implementation of EbA at municipal level.

The project is destined for the Green Climate Fund and will definitely contribute to climate proofing municipalities amid the implementation of the District Development Model.

Ladies and gentlemen, I have just given you a snapshot of activities undertaken across many landscapes in South Africa under the ambit of EbA.

Taken together, all these interventions will significantly contribute towards the achievement of the Nationally Determined Contributions under the Paris Agreement, the UN decade for the ecosystem, restoration initiative and more importantly stemming biodiversity loss.

Programme Director, in closing, the EbA Symposium is a culmination and testament of the strong partnership between the DFFE, SANBI, UNEP and the Government of Flanders.

This is a clear demonstration of the importance of partnerships in combating a global change challenge like climate change.

Given the calibre of participants and the important topics that will be tackled in the symposium, I have no doubt that we will emerge with renewed determination and commitment to further enhance EbA implementation in a bid to achieve the goals set out in the South African EbA Strategy as part of responding to the directive of the National Climate Change Adaptation Strategy.

I wish you fruitful discussions in the next three days that will culminate in a clear, and succinct way forward towards a resilient economy and society.

I thank you all.