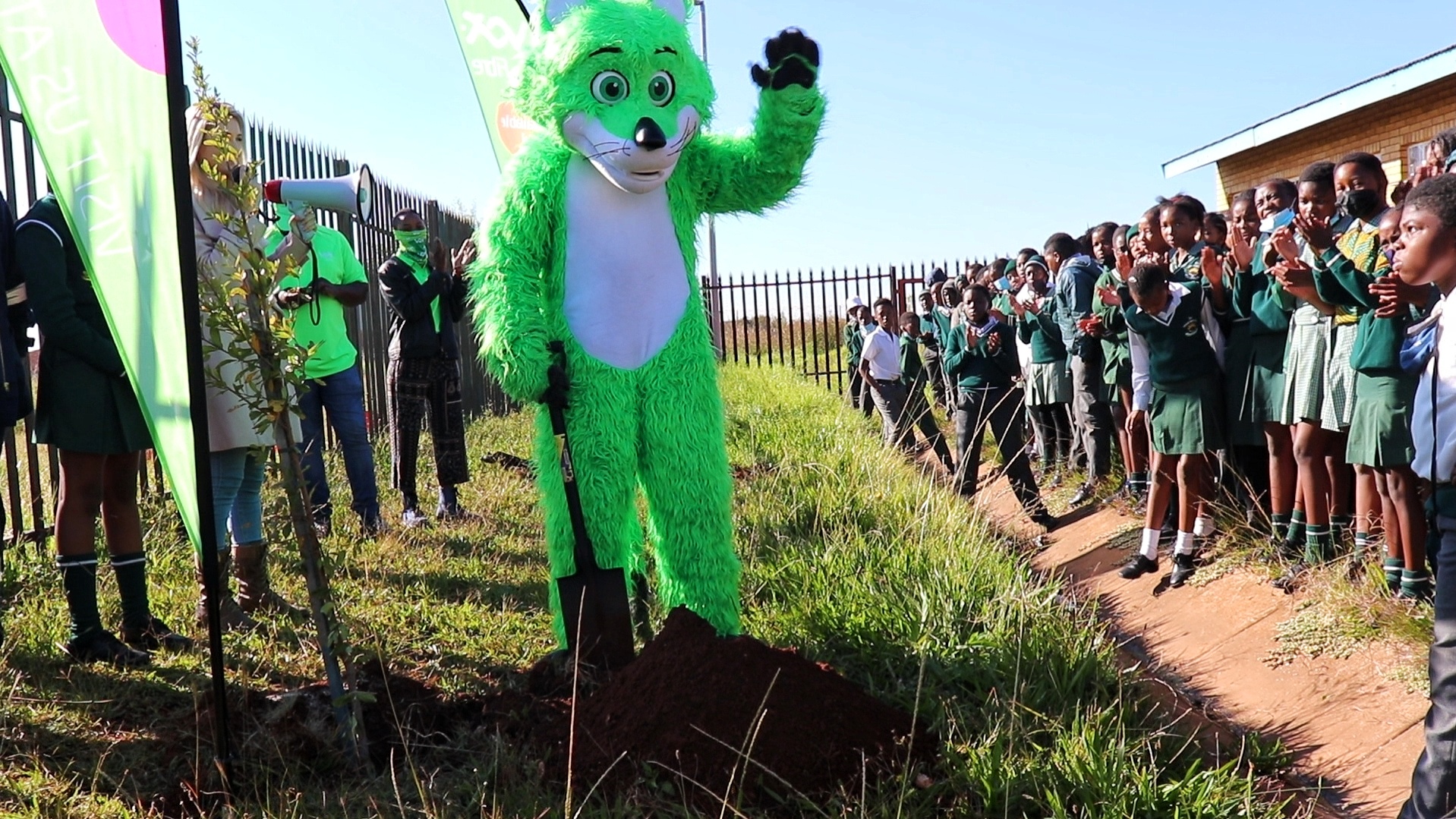 While climate change often tends to be spoken of in the news, more needs to be done to educate South Africans on how it directly affects them on the ground, what simple actions they can take to reduce their impact on the environment and to bring about a mindset change that inspires others and ensures that sustainable living becomes first nature.

Earth Day, held annually in April, is aimed at driving awareness on issues around the environment, and what ordinary individuals can do to drive change for the better. First held in 1970, the theme for this year is “Invest in our planet”. It’s exactly what Vox Weather is doing, by going further than planting trees at the Faranani Primary School in Protea Glen, Soweto and making education a key component of our celebration.

Rather than just carry out a symbolic act and move on, it is crucial that we start building awareness about the life-giving role of trees (including taking in carbon dioxide and giving out the oxygen that we breathe!) as well as the long-term impacts of deforestation. Rather than leave climate change as a broad concept, we need to ensure that students, and ordinary South Africans, understand the effects on the country and themselves.

This includes more common droughts or even floods, as seen recently, which in turn has an impact on agricultural production, and then on to us in the form of higher prices – it’s all connected back to our climate. Giving this ground-level picture will allow more people to better understand climate change, how humans are contributing to it, and what we can do to lessen our impact.

It can be something as simple as going to the beach and picking up litter. It might seem futile in the grand scheme of things, but every small action makes a difference if more of us play our part. This change in mindset not only enables people to be more proactive about protecting the environment but can also inspire others to do so too – after all, our planet is at stake and we need to have strong emotions if we are to protect it.

Collectively, we need to significantly increase our rate of recycling – while there are communities around South Africa that are carrying out this practice, it is not as widely adopted as for example in Europe, where authorities are far stricter when it comes to cutting down on waste by reducing, reusing and recycling as much as possible.

The scope of the waste challenge facing South Africa in this regard can appear deceptive, as South Africa is a much larger country than those in Europe, but it is there and it needs to be addressed without further delay.

This ties in with another major problem in more affluent sections of our society, which is food wastage. This is especially tragic, given that it is in stark contrast to the large numbers of people who are forced to go hungry. If we are to address these challenges, there are some serious conversations that need to be had in South African households.

Apart from looking at ways to cut down on unnecessary food wastage, households also need to look closely at how they dispose of spoiled food items in a more environmentally friendly manner. This includes adding them to compost bins instead or even turning to vermicomposting, where earthworms are used to speed up the composting process.

More of this education needs to take place in our schools so that children are made aware from a young age on how to better sustain our planet. This is especially important at a time when more of the country’s population lives in urban centres than in rural areas, and children (and adults) have become increasingly disconnected from the natural environment. We have dropped the ball by not getting our hands dirty (literally) anymore.

Earth Day is different – it’s not just for men or women, or lovers, or people of specific faiths. It’s not about one group or the other, but it’s for all of us – children, adults, individuals, businesses and organisations alike. It’s about connecting the world together and celebrating together. It’s about bringing us together to be more conscious about our impact on the environment, and what simple steps each and every one of us can take to make a difference – every day.