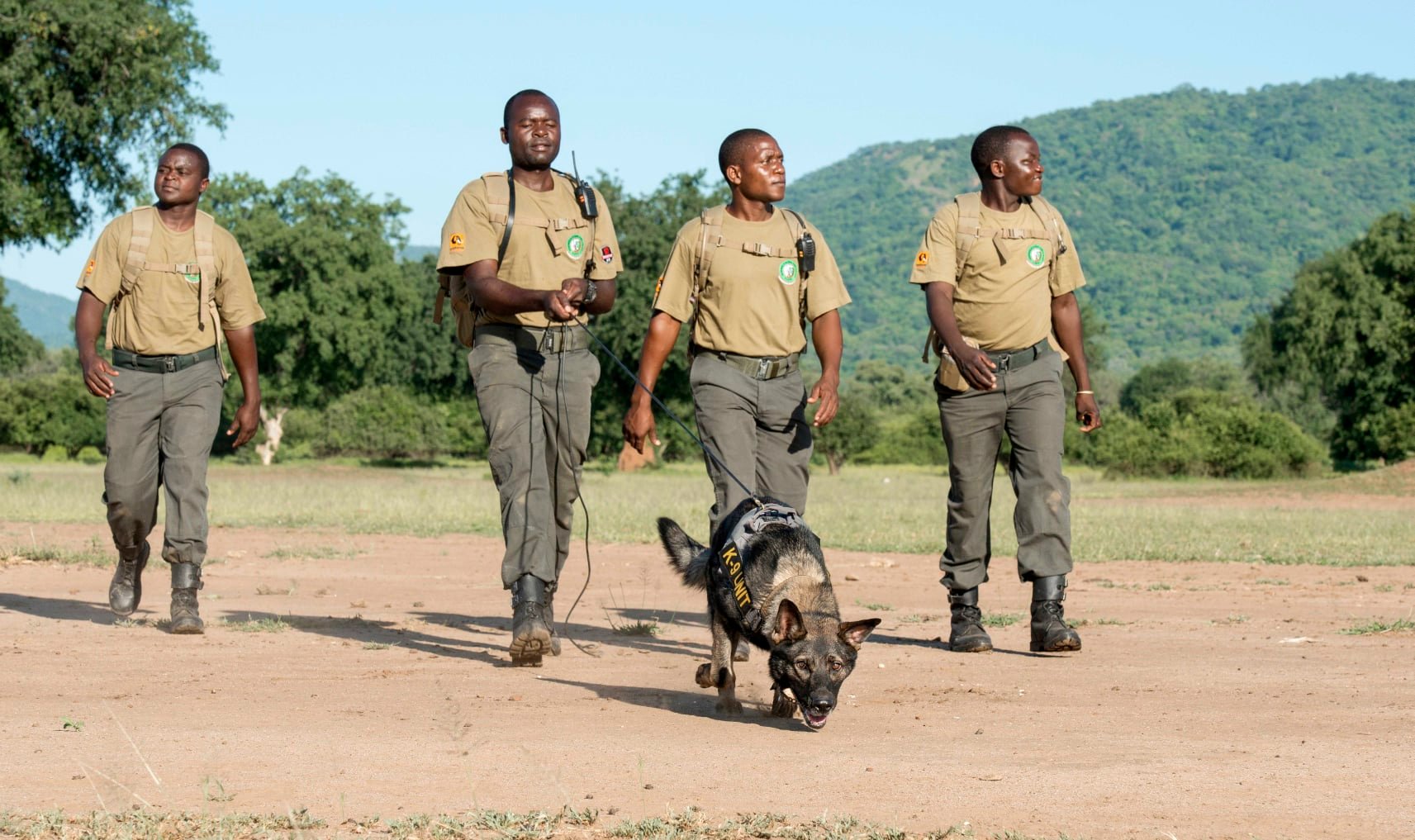 South African rangers joined over 100 ranger teams from more than 20 African countries to take part in the Wildlife Ranger Challenge, a gruelling 21km half marathon on Saturday 17th September for the third year running.

In a world-first, this year’s fundraising event witnessed an elite team of four wildlife rangers attempt to set the Fastest Known Time for completing a half marathon while carrying 22kg – a weight equivalent to an average fully packed check-in suitcase.

The 4-member all-star ranger team were the strongest athletes from the two previous years of the fundraising marathon. The 2022 Challenge was preceded by a series of mental and physical trials with a new mini-challenge for canine units, in which dogs and handlers demonstrated their tracking skills.

George Kamasiai, an Anti-Poaching Unit Team Commander and member of the All-Star team said: “I’m proud to be part of the all-star team representing the Wildlife Ranger Challenge at the African Ranger Congress this week. My work as a ranger is complex and wide-ranging. While we are often thought of as working solely out in the field, we know how important it is to engage local communities in conservation through development, education and advocacy. It is my hope that the team’s race on 17th September helps highlight the critical work of my colleagues across Africa as they stand between wildlife and extinction.”

Wildlife rangers united to race across Africa’s protected areas to raise vital funds for frontline conservation efforts at a time when resources are more thinly stretched than ever before. Public participation in the event, stretched far and wide, with members of the public from across the globe running in solidarity with the rangers in their home cities. Previous years’ campaigns have raised a total of more than £10 million, which Tusk hopes to build upon as the final fundraising results come in.

Charlie Mayhew MBE, Chief Executive of Tusk says: “The Wildlife Ranger Challenge brings the vital work of rangers to the fore by providing an opportunity to generate crucial funding for the men and women working on the front line of conservation. The campaign has to date supported over 9,000 rangers across 24 African countries, becoming a springboard from which the entire “rangering” profession can be recognised and developed.”

This year’s race day also coincided with the African Ranger Congress in Kasane, Botswana, that brought together delegates to take part in the Challenge. The Congress shed light on “Rangering” profession as guardians of the natural world, and the critical role they play in protecting natural, cultural and historical heritage. However, all too often, rangers operate under poor and dangerous working conditions.

According to a Global Survey of the Working Conditions of Rangers conducted by WWF, the average ranger works almost 90 hours a week, with over 60 per cent surveyed having no access to clean drinking water on patrol or at outpost stations, and almost 40 per cent reporting they regularly have no access to shelter while on patrol at night.

The lack of resources is compounded by extremely dangerous working conditions, with threats, violence, injury and disease all too common. Up to 70 per cent of rangers surveyed by the WWF have contracted malaria within a 12-month period, and over 40 per cent have received threats from community members. Tragically, a number of rangers pay the ultimate price, as reflected in the Roll of Honour screened during the annual Tusk Conservation Awards.

The Wildlife Ranger Challenge seeks to increase support for the ranger workforce by raising vital funds, which will help to widen access to essential equipment, enhanced training and protective measures. The Challenge also seeks to be a catalyst for the development of the “rangering” profession by increasing recognition for the critical roles rangers play.

Too often, wildlife rangers are deeply misunderstood. However, the rangers that participated in the Wildlife Ranger Challenge half marathon reflected the great diversity within the profession, with many playing wide-ranging roles as conservationists, teachers, community support workers and leaders, contributing not just to protecting wildlife and supporting their immediate communities, but to global UN Sustainable Development Goals.