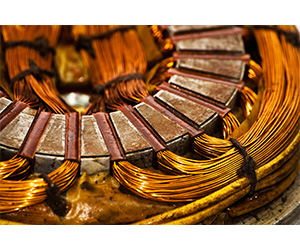 South Africa intends to play its role as part of the global effort to reduce greenhouse gas emissions as recently agreed in Paris.
Companies will be given the opportunity to reduce their emissions of carbon and will be taxed if the agreed reduction targets are not reached.
The first phase will be from 1 June 2019 to 31 December 2022 and the second phase from 2023 to 2030.
The initial tax rate will be modest but will increase over time to incentivise companies to implement cleaner technologies in the future.
The fourth annual Brown to Green Report found that South Africa has the highest intensity of emissions in the power sector, with emissions per capita roughly double the G20 average.
According to the report, the high intensity has been increasing in recent years because of South Africa`s dependency on coal and expansive coal-generation projects.
The reluctance to accept cleaner energy such as solar and wind has been well publicized in the media and the ultimate energy mix in South Africa is anybody`s guess.
Copper helps reduce COᴤ emissions and reduces the amount of energy required to produce electricity. Copper is 100% recyclable and two thirds of copper ever mined throughout history is still in use today.
Using recycled copper to produce electrical fittings and cable further reduce the carbon footprint as less energy is used to melt recycled copper than creating copper from ore.
Electrical products containing copper tend to operate more efficiently because it is the best nonprecious conductor of heat and electricity known to man and is totally recyclable without losing any of its properties.
It is clear, therefore, that we should hold onto recycled copper to generate cheaper electricity and reduce our carbon footprint.
Regrettably this is where the South African Government has failed the industry and the economy by allowing the uncontrolled export of copper scrap from our shores and in the process also unwittingly encouraging money laundering.
Unless this scourge is recognized and corrected soon, it will have dire consequences for the copper industry and the economy.
Materials complementing green fuels will be the new cornerstone of the economy and care should be taken to avoid any new inessential import dependencies.
The importance of the circular economy is set to increase. Materials already in use should be viewed as prized and be re-used or recycled wherever possible.
Copper is increasingly becoming a vital ingredient that could fuel the green revolution.
A huge amount of carbon dioxide is emitted by conventional vehicles. The average car emits about six tons of carbon dioxide every year and it is projected that light-duty electric vehicles would equal roughly 110 million cars per annum by 2035. That would be a huge reduction in carbon dioxide.