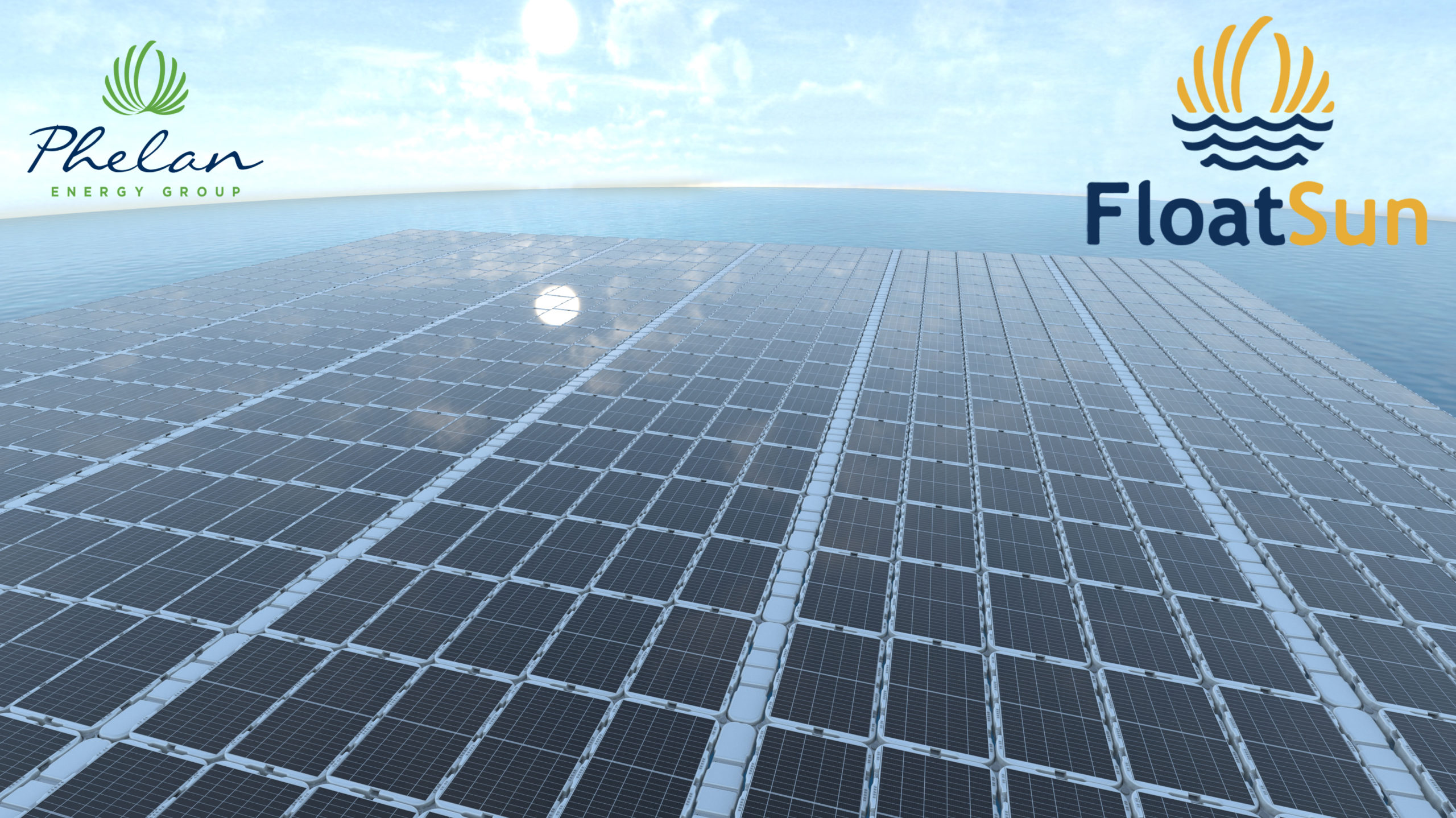 Paschal Phelan, the Chairman of Phelan Energy Group (PEG) today announced at the SolarPlaza, Floating Solar conference in Amsterdam, the creation of a paradigm shift in the Floating Solar market, with a new floating solar panel.

This new concept design and efficiency will make its power output price competitive, or lower than land based solar systems.

Floating PV has been hailed for its huge potential in the next wave of energy transition, with the ability to capitalise on unused water surfaces, to produce renewable power in countries where land may be scarce. However its higher cost, until now, has been a deterrent to wide scale deployment, where it is still less that 1% on all solar installations.

This innovative new technological breakthrough is called FloatSun* and has been under development by PEG for nearly three years. It is in effect a floating solar 400w panel, that can be efficiently installed, requires no expensive structure, and simply floats on water, buoyed by a proprietary thermoplastic polymer frame, that maintains the solar panel just centimeters above the water surface.

Its sleek aerodynamic lines are designed with a cooling cavity and air vortex to maximize the water-cooling effect on the solar cells and increase power yields.   In addition, a unique solar powered, automatic ThermoKleansystem, constantly cleans the graphene coated, high transmission, glass and lowers panel temperature.

A 2020 report by the World Bank forecast ‘ floating solar could double the current global installed capacity of solar PV”. Apart from lakes and inland waterways, over 150 countries have hydro dams, producing electricity and there are an additional 4,000 under construction mainly in Asia. FloatSun will be an ideal way to generate more electricity on dams as they have existing transmission infrastructure and can use the solar power, during sunshine hours, and keep their own hydro power for evening use, generally at a higher tariff.

The recent IEA – Net Zero 2050 Roadmap, outlines the need for 16,000 GW of solar, by 2050. This is 20 times the total current installations. This  colossal expansion would require  24m hectares, if deployed on land, which would exceed the total arable land, base of Germany, Spain and Netherlands combined.

Phelan Energy Group, a private Irish family company, with an innovative and  successful, international footprint, and has specialised in solar PV for 15 years. It has over 350 MW of Solar PV installed, 100 MW under construction and a pipeline of over 2 000 MW with major solar farms in South Africa, India and other sun belt countries.

Pearse Phelan, the FloatSun Leader, who has led the concept development, commented “the world population is forecast to grow to 10 billion people by 2050, which will stress resources to feed the planet. With over 70% of the world surface covered by water, we need to use waterbodies to deploy solar, and save our land for food production. We are currently testing FloatSun V3 for sea deployment”

The FloatSun development will be based, out of the new PEG office in Dubai.

PEG  will deploy its new technology , exclusively, in partnership with renewable energy  developers and other solar stakeholders, with a focus on areas of land scarcity and high sunshine.

The initial phase will install over 1m units, growing to 5m units within three years