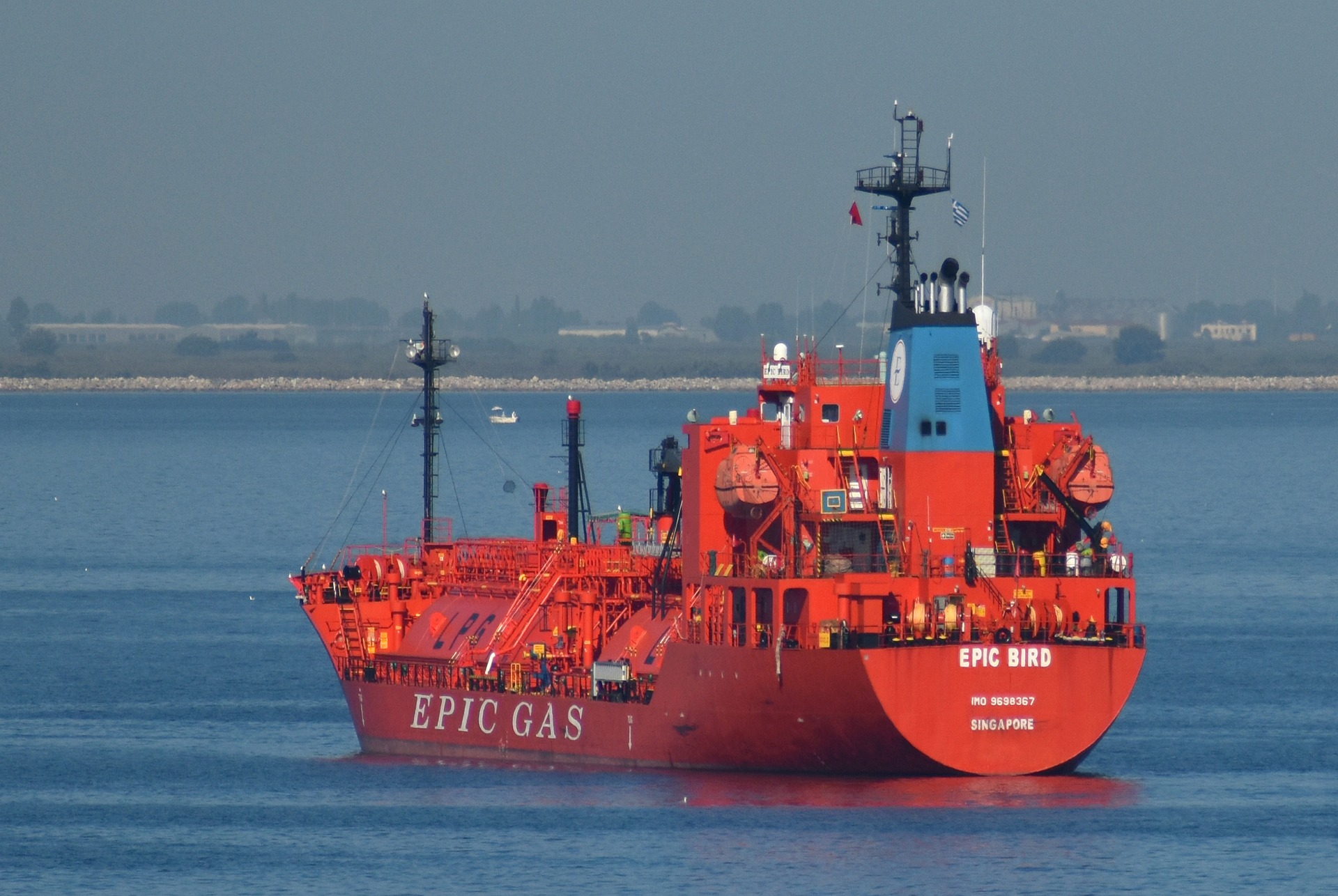 Gas is in the pipeline

Government has long sought to advance a gas economy in South Africa, and the impetus is now upon us with multiple ‘mega’ gas projects about to be announced as preferred bidders in the Department of Mineral Resources and Energy’s RMIPP Procurement Programme. How many MWs of gas generation capacity are you expecting to be announced, and what will be the split between LPG and LNG?

As part of government’s recent IRP, 3 000MW of gas-to-power will be procured as part of the energy mix. Up until 2024, it is only expected to be around 1 000MW. The procurement process is set to start early in 2021. Without being privy to government’s procurement plan it can be expected that in the next bid window, government will likely be asking for the same MWs from gas. The 1 000MW could also be split over a few bid windows over the year or possibly all at once as the President stated in his 2020 SONA.

Government does not clarify how natural gas will need to be sourced. The best way to transport it is by creating gas-to-power stations close to where there is a supply of natural gas. It is best to produce gas close to where it is naturally available. Where this is not possible, there will need to be ways to move the gas, likely in the form of LNG to plant. In this instance, there will need to be a constant supply of gas and infrastructure to ensure the power station receives gas via LNG, which is a more costly and impractical means of supplying gas to a power station.

LPG is produced through a chemical process from refineries in South Africa or imported. LNG is merely a way to transport gas around the world, where it is liquified, shipped and transported to where there is demand. Power plants are expected to run off natural gas, which does not mean it will be LNG. For example, pipelines bringing gas from Mozambique is a natural gas, but it is not LNG as it is transported through pipelines.

There are two large LNG projects being bid by DNG that seek to tap into the Republican of Mozambique Pipeline Company (ROMPCO) gas pipeline from Mozambique. Word is that the ROMPCO pipeline capacity is already allocated to Sasol and other industry consumers. Is this true, and if so, how can this capacity be expanded?

It is well known that Sasol is the supplier and majority consumer of gas in the country, supplied from the ROMPCO pipeline. There is room for expansion and investment in the pipeline as has been in the past that has resulted in the pipeline being at the capacity it is now. The pipeline capacity can be expanded – it will just require additional investment. The bigger challenge though will be the source of natural gas.

Sasol will need to access more gas into the pipeline if they are to expand it. They will have to look at how they can partner, or how the role of other players in Mozambique tap into that pipeline. The gas that Sasol uses to bring into the South African market and supply the southern part of Mozambique is sourced from southern gas fields, onshore in Mozambique.

The new gas finds in Mozambique are in the extreme north, offshore and far from the pipeline that will need to be extended to the north to access the gas. This will then be shipped through the pipeline or other mechanisms for supplying the pipeline with LNG will have to be identified. An option that is being considered – bringing in gas from other parts of the world or in the region to the supply the pipeline via LNG, re-gasify the gas fed into the pipeline – will allow for increasing capacity and supporting the current capacity.

Oil and gas have always been politically conflicted. All commodities have this challenge, but we should diversify. South Africa is looking for other sources of gas and want to establish LNG with Coega and Richards Bay as options, which are both LNG re-gasification facilities where gas can be transported to site, re-gasified and put into operations, pipelines, gas-to-power facilities and storage where required. Brulpadda and Luiperd are two finds off the southern coast of South Africa by Total that will see realisation as a source of gas for the market within seven to ten years.

Sasol has enabled the gas marked in the past but moving forward there are more than enough players introduced into the mix with Total, Eni, South African and Mozambican government’s SEO as well as Transnet looking at gas. Sasol is looking to offload certain gas assets so that they are not the most dominant player for gas. This will allow for a shift in the landscape.

How quickly can pipelines be put in place to obviate the impending negative impact of trucking to transport gas on road infrastructure and the environment?

Both Sasol and Transnet already have pipeline networks operating in South Africa. The starting point would be how to leverage existing infrastructure to supply the market. If South Africa is to be successful as a gas economy, we will have to start building pipeline infrastructure. It takes five years or longer to build pipelines depending on the length of the pipeline and the area (as they could go through potential suburbia, communities and industrial areas that require approvals and environmental studies).

A primary benefit of developing a gas economy is the resulting need for infrastructure development and industrialisation. How are these areas advanced by awarding 20-year PPAs to power-to-ship companies, who simply dock their generators at the port and plug into the grid? Where is the economic development in this model?

Not all power needs will be solved by power-to-ship, which is only an emergency, short-term solution to gain stability and reliability within the power sector. This option is only considered because of South Africa’s massive challenge between supply and demand, and we have a deficit. All solutions should be considered.

The challenge with the economics around power is needed to create a certain level of longevity and companies are not prepared to put in place infrastructure and investments if they have not secured a certain number of years of supply. Shorter timeframes for these types of models are an option but it will still require infrastructure and investments to get this power into the grid. All power agreements, whether power-to-ship or building new power stations, require an agreement upfront of who will be purchasing the power, and these are generally long-term contracts. Funders and investors in this space will only make decisions if it is economically feasible.

Economic development in this model is a bit more limited compared to more stabilised infrastructure but once these models are introduced, it will still require development and maintenance of infrastructure, tying into Eskom, re-maintenance and operations activities. Once stability is created in the power grid, that enables other industries.

It was announced recently that there would be a dedicated gas procurement round before the end of 2021. How do you see this adding to the presence of RMIPPPP projects in terms of scale and strategic location?

Renewables cannot be the only answer to the power mix so gas is a good example of something that can be brought in place to support baseload generation. Other sources of energy are needed in the grid to create a continuous supply of energy and gas is one of those as well as coal that has been used effectively in the past but is now a declining area of investment.

Renewables and gas are very complimentary to ensure sustainability in the grid and to have diversified sources of energy. It is important to have a diversified mix. Having just one source could create a struggle to create consistency within the grid. Until we can get proper battery technology at scale, relying solely on renewables is not possible.

What is the latest position of government on extraction of shale gas?

Shale gas is still on the government agenda but in the current oil and gas price environment it becomes economically unfeasible and as a result investment in these projects has slowed down. The technology required to extract gas from shale rock such as in the Karoo is a specialist technology and hydraulic fracking is controversial. There is an oversupply of natural gas in the market, so the complex route of extracting gas does not make economic sense. Shale gas extraction has been successful in countries like the US. When there is government support and it is attractive to investors, shale gas does offer opportunities.

In the absence of South Africa accessing such gas local deposits, will this ramp up in gas-energy capacity not place an immense strain on the countries balance of payments as we embark on the importation of gas?

A lot of South Africa’s energy needs are transported into the country, but we also export a lot of our production. The manufacturing sector is dependent on energy so if we scale and industrialise faster because we have more gas and gas-to-power, exports will be increased. If we can get more gas and more energy into the country and more capacity and reliability then the manufacturing sector, which is predominantly an export-driven sector, can be scaled. It is not practical to wait to have pipelines and all the infrastructure in place before we have gas in the country. We must work towards creating the demand and start to have the supply, bringing in local infrastructure and gas sources as we grow.

Please summarise the key advantages for the country in pursuing a gas-power strategy within the context of the global energy industry moving rapidly to renewables, and away from large gas-energy projects.

In the last five to ten years, the world has shifted towards gas as its less harmful in terms of emissions compared to that of coal and oil. There has been a shift in the growth of gas and projections into the future still show growth in gas but decline in coal and oil. Gas is viewed as a complimentary source of energy to renewables, not one that is competing.

Sustainability in the grid needs to be created with different sources of energy and having gas in the mix will be useful. We need to move away from the dirtier hydrocarbons. The most balanced way of bringing new energy, while creating and replacing jobs, needs to be navigated.

Read this article in The Green Economy Journal Issue 46