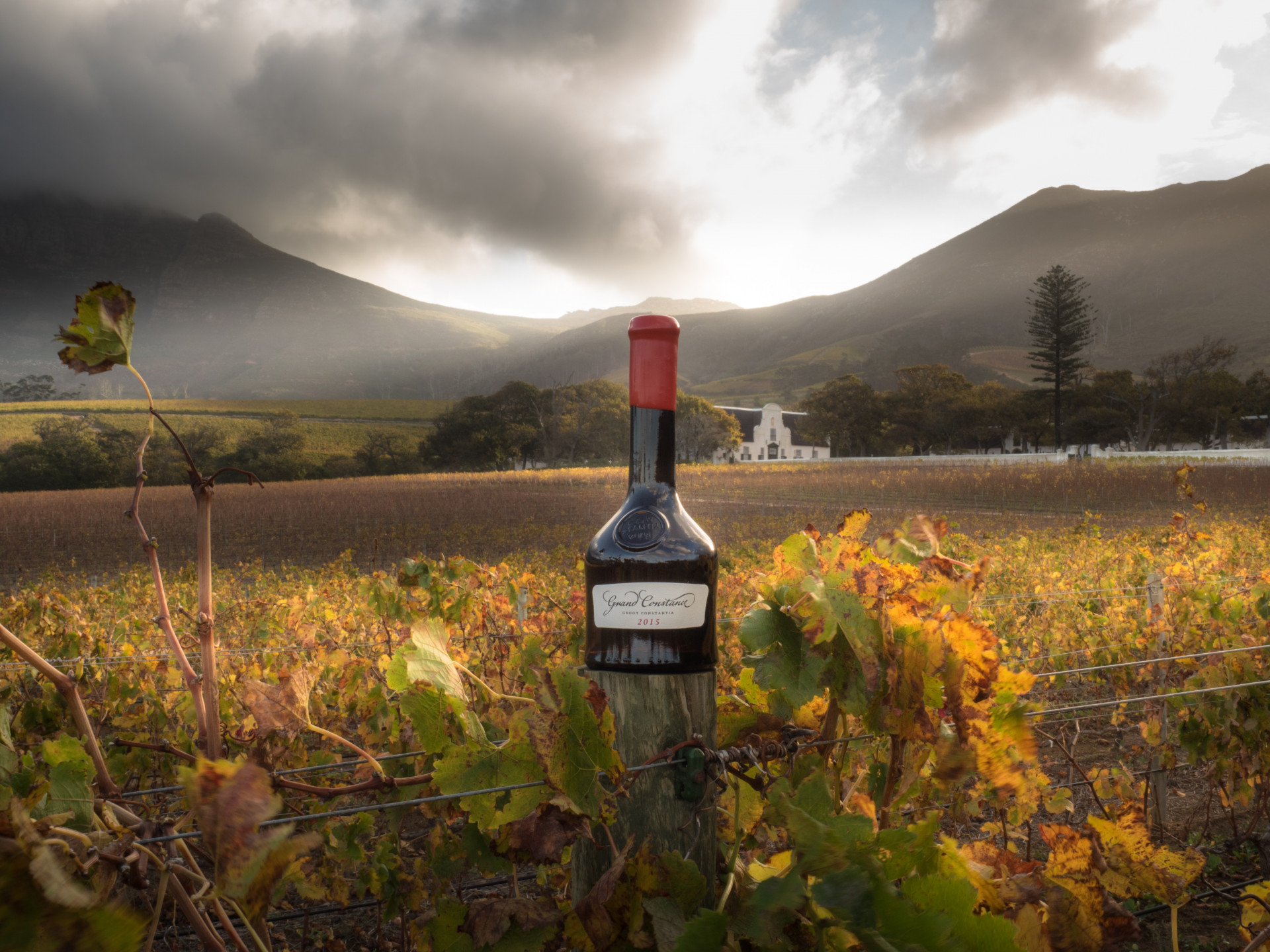 France’s spectacular culinary heritage will be celebrated at the Groot Constantia wine Estate over the course of two days as part of the international Goût de France/Good France 2021 Festival.

The Good France Festival is a celebration of the best of French food and the culture and people that move it forward – the farmers, market gardeners, winegrowers, fishermen, harvesters, and importantly, the chefs. The focus of this year’s event (now in its 6th year) is on more eco-friendly, “greener” gastronomy – which is committed to preserving the earth and its resources – and the expertise and convictions of the chef’s who are shaping this gastronomy of the future.

2021’s event is particularly momentous in that it coincides with the bicentenary year of Napoléon’s death and gives France the opportunity to commemorate this prominent figure who passed 200 years ago. Fascinatingly, Napoléon’s final years bear a special link with South Africa, and particularly with Groot Constantia’s iconic wine, Grand Constance.

After an illustrious career in the army and position as First Consul of France, Napoléon Bonaparte crowned himself Emperor of the French in December 1804. From 1815, until his death in 1821, Napoléon was banished to St Helena, an island located in the middle of the South Atlantic Ocean. Every month, 30 bottles of Constantia wine were shipped to St Helena for Napoléon’s consumption. Joseph Luson, the agent of the English East India Company based in Cape Town at the time, was tasked by the British authorities to provision the regiments stationed on St Helena. Luson purchased the wine directly from the Cloete family, who owned Groot Constantia at the time. Interestingly, Luson’s business relations with the family changed significantly on 24 May 1817 when he married the daughter of the wine merchant of Groot Constantia.

The famed Grand Constance, “sweet wine of Constantia”, so loved by Napoléon, was produced in the Cloete Cellar behind the Groot Constantia homestead, and worldwide throughout the eighteenth and nineteenth century this wine was coveted. Today the Cloete Cellar on the Groot Constantia Wine Estate is a museum that represents the cornerstone of South Africa’s wine producing heritage. To commemorate this rich history, a shared passion for wine and gastronomy, and a long relationship with France, Groot Constantia and The French Embassy have planned a two-day event on the Estate on the 21st and 22nd of October, which is being co-hosted by the Ambassador of France to South Africa, M. Aurélien Lechevallier and the Consul General of France in Cape Town, M. Laurent Alberti.

The first day of the event boasts a gala dinner at the Simon’s Restaurant at Groot Constantia which will see guests being treated to a culinary spectacle showcasing French and South African food fusions, paired with Groot Constantia wine, through the collaboration of French chef Christophe Dehosse, as well as South African chefs Lungelo Masiza, Thierry Berquin and Michelle Brandt – with the assistance of several student chefs from Silwood School of Cookery, South Africa’s most acclaimed cookery school.

Christophe Dehosse has an illustrious career in South Africa which includes time spent at La Maison de Chamonix in Franschhoek, Au Jardin at the Vineyard Hotel, the Joostenberg Bistro & Deli, The Vine Bistro at Glenelly Estate, and the Postcard Cafe at Stark-Conde Wines. Lungelo Masiza started his career at the Belmond Mount Nelson Hotel, before launching his own fine-dining private chef service – Chef Lungelo. Michelle Brandt is the chef at Groot Constantia restaurant Jonkershuis. Thierry Berquin – of Congolese and Belgian descent – is the chef at Groot Constantia restaurant Simon’s and will be showcasing his passion for fusion cuisine, combining new and trending flavours.

Day two of the event consists of an afternoon seminar on cooperation in the wine industry, and strengthening relations between South Africa and France, which is being co-hosted by Groot Constantia, the consul general of France, M. Laurent Alberti and the French South African Chamber of Commerce and Industry. “We are thrilled to co-host this event with Groot Constantia,” says Ambassador of France to South Africa, M. Aurélien Lechevallier. “It is a tribute to our shared passions.  Our common love for “art de vivre” (the French art of living) – which has historical roots – is a fertile ground to build lasting relationships going forward which will benefit both of our industries as well as our youth.”

CEO of the Estate, Jean Naudé, says that Groot Constantia is pleased to be involved in this special occasion which celebrates a shared passion for gastronomy and wine, in a year that has a particular historic resonance. “This special event is the latest in Groot Constantia’s long history of partnership and collaboration with France.”

“It is a point of pride that Groot Constantia, which is South Africa’s oldest wine producing farm – in existence for 336 years this year – can include Napoléon on our list of past clients – alongside the likes of Frederick the Great of Prussia, and Louis Philippe (King of the French). This accolade speaks to the greatness of the Groot Constantia wines and the fact that they have caught the attention and appreciation of royalty and dignitaries over several centuries.  It is a South-African achievement that all South Africans should boast about,” concludes Naudé.