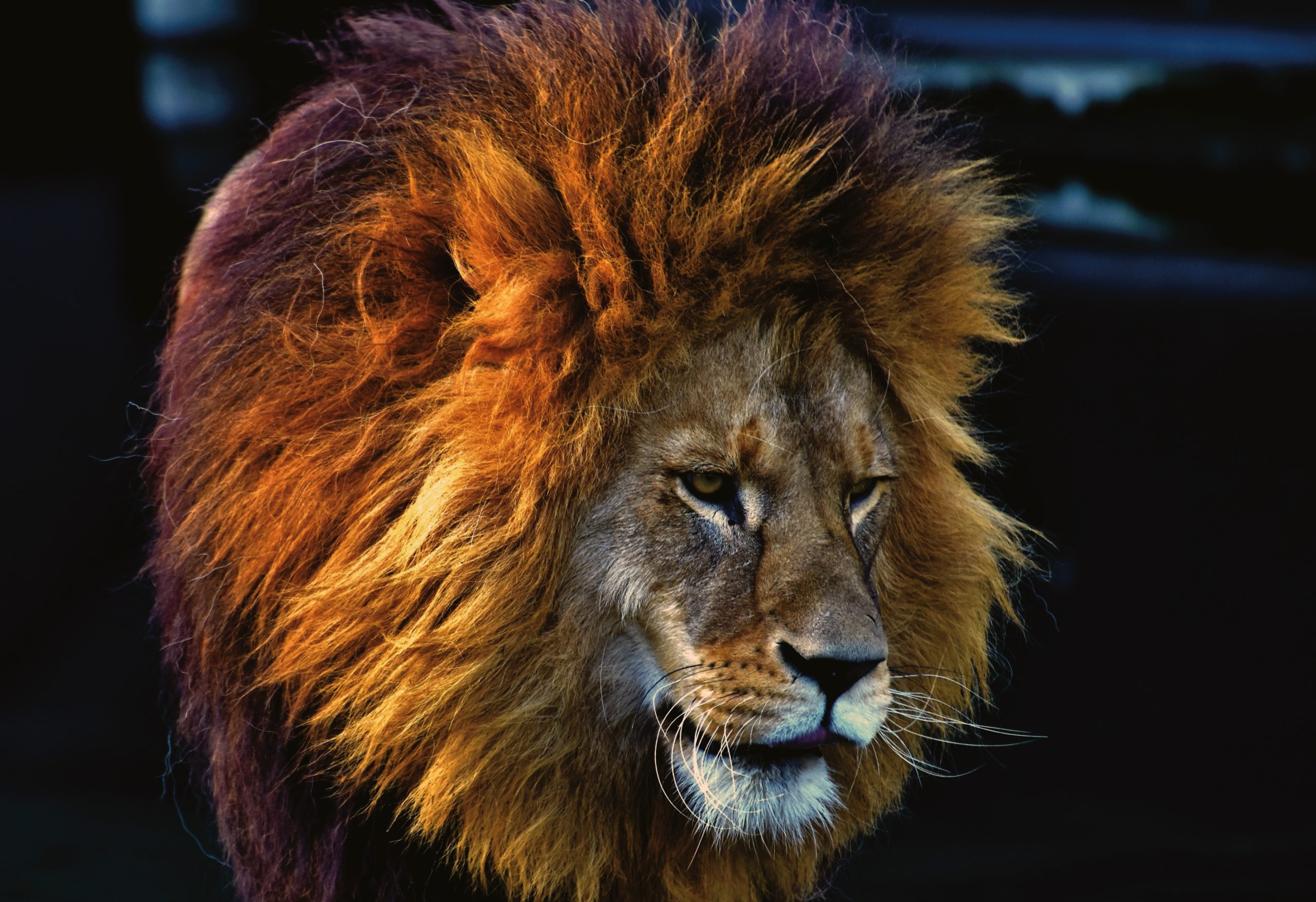 I have today, 2 May 2021, released the report of the High-Level Panel that was appointed to review policies, regulatory measures, practices and policy positions that are related to hunting, trade, captive keeping, management and handling of elephant, lion, leopard and rhinoceros.

The appointment of the Panel through the hosting in August 2018, of a Colloquium on Captive Lion Breeding by the then Portfolio Committee on Environmental Affairs. This was attended by a range of national and international organisations who gave evidence to the Committee. According to the report of the Portfolio Committee, which was later adopted by Parliament, there was a predominant view that the captive lion breeding industry did not contribute to conservation and was doing damage to South Africa’s conservation and tourism reputation.

The Portfolio Committee, therefore, requested the department, as a matter of urgency, to initiate a policy and legislative review with a view to putting an end to this practice. Given that there were a number of other burning issues related to other iconic species such as rhino (escalating poaching, rhino horn trade), elephant (ivory trade), and leopard (threats such as illegal offtake of damage-causing leopards, poorly managed trophy hunting, trade-in leopard skin for religious and traditional use) the department decided to include these in the terms of reference of the Panel in order to get a holistic view of the pertinent issues.

I established the High Level Panel on 10 October 2019, in terms of S.3A of the National Environmental Management Act 107 of 1998 (NEMA). The Panel was chaired by Pamela Yako and comprised 25 members from a range of backgrounds and areas of expertise.

Despite the obstacles placed in the way of the Panel’s work by the Covid 19 pandemic, it has gone about its task in a thorough and professional manner, and was able to put in place a comprehensive program of stakeholder consultations, during which all interested parties were given an opportunity to make written submissions and to present their case to the Panel.

The Panel even managed to conduct a series of face-to-face consultations in between the first and second waves of Covid-19 in 5 provinces with the leadership of those communities living adjacent to protected areas which carry the iconic species under consideration. It concluded its work on 15 December last year, and submitted a report of almost 600 pages to me a few days later. The report was subsequently presented in Cabinet and approved for release and implementation.

I wish to thank the Panel for the work that it has done in producing a comprehensive and credible report with a set of recommendations which address the difficult issues facing the sector.

I am greatly impressed by the depth of work undertaken, and the level of detail presented in the report. It contains a comprehensive situation analysis; a review of the extensive work of previous panels and processes; and it addresses a number of contextual issues necessary to advance coherence in policy, legislation, regulation and its implementation across spheres of government and management authorities.

Throughout the report, the focus is on  providing policy certainty and reducing bureaucracy and red tape. Perhaps most admirable that the panel recognised that resolution of the issues required a bigger-picture framing, a re-imagining if you will.

It is in this context that the Panel envisages “Secured, restored, and rewilded natural landscapes with thriving populations of elephant, lion, rhino, and leopard, as indicators for a vibrant, responsible, inclusive, transformed, and sustainable wildlife sector”.

This vision is aligned with the Strategic Plan 2024 of the Department, and the Impact Statement within that Strategy: “A prosperous and equitable society living in harmony with our natural resources”. Besides providing specific interventions to resolve key issues in the sector, the report also provides for a re-conceptualised wildlife sector, that will provide a new deal for people and wildlife in South Africa.

In adopting the report’s recommendations, it is important to indicate what the key outcomes for the country will include:

We will be taking forward the recommendations to develop a Policy on Biodiversity Conservation and Sustainable use and adopt a One Welfare approach for wildlife.

There are key recommendations to reposition and organise protected areas, simplify and make more effective legislative and administrative processes, as well as to improve cooperative governance. The Department will initiate processes to resolve these.

Transformation of the sector will be prioritised, in terms of improved inclusion of marginalised groups, especially communities living with or adjacent to these species, and in the role and influence of traditional leaders and healers in the wildlife sector.

In terms of captive rhino, the Panel makes clear recommendations as to how partnership with private owners of rhino can lead to strong conservation outcomes for the species, while enhancing potential benefit streams. We have accepted that the country adopt the recommended positions on ivory and rhino horn trade, such that we will not be making proposals to CITES for further trade in these derivatives until certain conditions have been met.

On the rhino, these are based on the Commission of Enquiry’s report Option 3 as approved by Cabinet and the Rhino Action Plan and the development of a global consensus for legal international trade in rhino in the interest of rhino conservation.  As South Africa protects the largest component of the global rhino population, we intend to play a global leadership role in this.  For elephants,  although we hold a relatively small portion of the population, South Africa wants to play a key role to bring African consensus on ivory trade in the interest of ivory trade on elephants.

We will be initiating a participatory process, with recognition of the important role and contribution by private owners, including some major ecotourism-based rhino populations, to rhino conservation, to find win-win solutions to safeguard rhino conservation and broaden and deepen the bio-economy associated with rhino.

The Panel identified that the captive lion industry poses risks to the sustainability of wild lion conservation resulting from the negative impact on ecotourism which funds lion conservation and conservation more broadly, the negative impact on the authentic wild hunting industry, and the risk that trade in lion parts poses to stimulating poaching and the illegal trade. The panel recommends that South Africa does not captive breed lions, keep lions in captivity, or use captive lions or their derivatives commercially. I have requested the department to action this accordingly and ensure that the necessary consultation for implementation is conducted.

Now that these recommendations are approved for implementation, they will result in a step-change, with the consequent benefits to our standing and reputation. Key to this is transforming the sector, reinvigorating the biodiversity economy through a focus on Big Five-based ecotourism and authentic hunting of wild specimens.  We will be partnering with the Department of Tourism to achieve this. In addition, mechanisms to improve benefit flows to restituted communities, as well as novel approaches to land-use planning, can enhance rural socio-economic development based on the wildlife economy.

The report provides specific direction as to how my Department can support the Department of Agriculture, Land Reform and Rural Development in ensuring the welfare and wellbeing of wildlife, which will enhance our reputation and stimulate tourism.

We will, therefore, be working closely with this Department and other departments in this regard. In relation to enhancing our international reputation, an engagement with SADC partners and the African range states of these species and the leadership of the Department of International Relations and Cooperation will be required. A multi-sectoral approach to implementing the recommendations is therefore imperative.

In summary, I believe that the report provides a platform for not only achieving policy clarity but also for the development of a New Deal for people and wildlife in South Africa. Implementation of the recommendations will greatly transform the practices within the wildlife industry, enhance conservation of our environment and these species, invigorate the rural economies, and empower traditional practices, leadership, and healers. Finally, implementing these recommendations will result in both protection and enhancement of South Africa’s international reputation, repositioning the country as an even more competitive destination of choice for ecotourism and responsible hunting.

As indicated in the report, there have been a range of processes over the years that have not been properly implemented, and have resulted in the compromised position that the sector is in. This time I intend that we will act differently. I have instructed the Department, to develop an implementation plan for the recommendations.

Work has already begun, on a draft Policy Position that covers the key policy implications of the recommendations, which will shortly be published for public participation. The Department is also initiating a process to develop a draft White Paper on Biodiversity Conservation and Sustainable Use for consultation. The more administrative processes required by the recommendations are all being taken up by the Department, and I have emphasised to the Department the need for full consultation with both the public, as well as with colleagues in government.

Apart from releasing the report of the Panel today, we are also putting in place a programme of stakeholder feedback sessions to give feedback on the findings and recommendations to those stakeholders who made submissions and also to those with an interest in the Panel’s work. We will also conduct the required public participation processes in respect of the implementation of some of the Panel’s recommendations.

In order to assist me in the communication of the Panel’s recommendations and in the development of an implementation plan, I have extended the term of the Chairperson of the Panel, and a small number of other Panel members, largely the drafting team.

Let me conclude by thanking all those organisations and individuals who assisted the Panel in its work by making submissions and providing the much-needed information and analysis on the areas under review. Your time and effort have resulted in a substantial body of work that will guide us in policy implementation for many years to come.

TED | STEPHEN WILKES | COUNTDOWN “Nature reveals itself to us in unique ways, if we stop and look at…