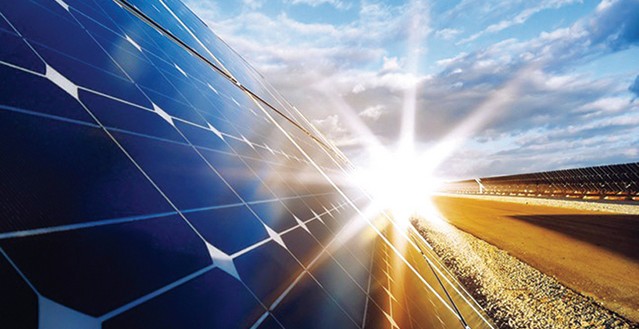 The current bid selection criteria of the Renewable Energy Independent Power Producer Procurement (REIPPP) programme’s narrow evaluation and spatial blindness favours projects that are not necessarily the least-cost option for renewable energy at the point of consumption. This not only impacts energy costs for Eskom, and therefore for consumers, but also creates transmission congestion and delayed connections to an already constrained grid, incurring even further costs.
Most of the planned 8400 MW of IPP solar PV farms allocated under the national integrated resource plan for electricity IRP 2010-2030 have to date been placed in the “Solar Corridor” – an area in the Northern Cape where solar irradiation is optimal. Currently, some 6400 MW is allocated in the Solar Corridor, with another 2000 MW distributed elsewhere in the country.
For the procurement, the South African Department of Energy (DoE) favoured a “competitive tender” bidding approach. In the comparative evaluation of bids, the levelised cost of renewable energy (RE) supplied at the point of connection to the grid (R/kWh) and the socio-economic development objectives are the determining factors, and are weighted 70:30 respectively.
Because the lowest RE price per kWh at the point of connection to the grid is so important in the bid process, solar PV bidders generally opt for areas with the highest irradiation and thus the best energy yields – typically in the Solar Corridor. In the process, the bid criteria ignore the costs of additional grid infrastructure and upgrades, and transmission losses to the point of consumption. This results in grid congestion, time delays and importantly, additional real delivered costs when the transmission grid upgrades and transmission losses are included.
A GIZ study (German Collaboration) for the DoE and Eskom compared the current bidding criteria (and its resulting allocation of solar PV bids) with two alternative PV allocation strategies. In the GIZ study report, “Analysis of options for the future allocation of PV farms in South Africa” (published in March 2015), the authors considered the total levelised cost of electricity for the allocation of solar PV bids based on three options, namely:
Scenario A: Current allocation strategy predominantly in the Solar Corridor (maximum energy yield);
Scenario B: Allocation predominantly close to load centres (minimum grid reinforcements); and
Scenario C: Allocation predominantly within defined Renewable Energy Development Zones (REDZs).
REDZs have been identified by the CSIR and Department of Environmental Affairs (DEA) as part of the Strategic Environmental Assessment project. The project integrates environmental, economic and social factors to identify geographical areas where in the medium to long-term wind and solar PV development will have the lowest impact on the environment while yielding the highest possible social and economic benefit.
The REDZs also take into account transmission losses, municipalities with high social need and development potential, priority areas for renewable energy manufacturing and import activities, and existing transmission infrastructure. The once-off environmental pre-assessment of designated areas further help reduce the necessity to repeat the process for each individual project, and solar PV and wind developers, provincial governments, the private sector and the public were consulted in the refinement of REDZs.
In the GIZ study, the total levelised cost of RE (US$/kWh) for the current and above two alternative allocation strategies were calculated, comprising the levelised cost of RE at the point of connection, plus the required transmission grid upgrades, plus transmission system losses based on load-flow simulations.
The GIZ study concludes that the total levelised costs of RE for all three solar PV bid allocation options, when considered holistically, are very similar. The authors thus argue that the other allocation options (Scenario B and Scenario C) are not only viable, but would mean less grid congestion with timelier realisation of projects.
This means the geographic placement of solar PV for most parts of SA does not significantly or negatively impact on the total levelised cost of RE, and that other considerations such as the environmental and socio- economic aspects, can be better accommodated and taken into consideration.
While the GIZ study only considered solar PV, the same arguments can perhaps also be applied to other RE technologies, including concentrating solar power and wind power, where similar grid congestion, delays and transmission losses occur as a result of the best RE yield sites occurring in limited geographic areas far from load centres.
Both IRP 2010-2030 and its RE implementation vehicle, the REIPPP programme, are outdated and need serious rethinking. The IRP 2010-2030 and its REIPPP programme counterpart are spatially blind, and yet the implementation of RE generation is a spatially-based process – not only in the siting of RE generation plant itself, but also in the geography of the transmission grid and the location of the load centres for the electricity generated.
The geographic blindness of the current bid criteria is exacerbating current generation capacity constraints. A flawed bid evaluation process results in bidders choosing the highest-yield locations with the lowest-cost of RE at the point of connection to the grid, which is not necessarily optimal for minimising grid congestion, connection delays, transmission grid upgrades and transmission losses.
Source: rdm