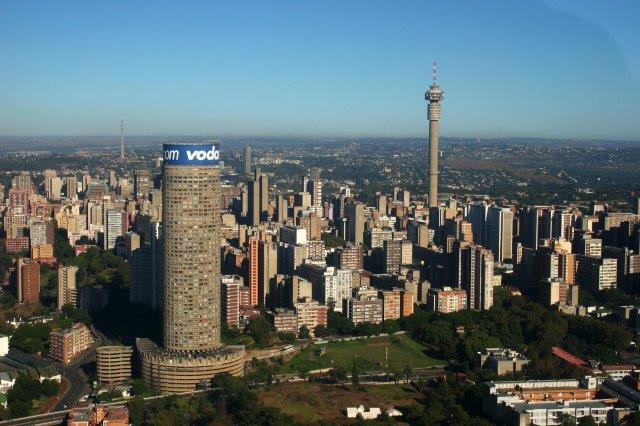 In his State of the Nation Address on 13 February, President Cyril Ramaphosa revealed that the proposed Lanseria Smart City “is now a reality in the making”, with the draft masterplan completed in November 2020 out for public comment.

With South African cities and towns fast deteriorating at an infrastructure and service delivery level, the new Smart City is just ‘papering over the cracks’, according to Paragon Group Director Henning Rasmuss.

More important work needs to be done, across the country. In this regard, a positive outcome of the Covid-19 pandemic has been business and government having “to learn to work together, to build trust, and to get things done in a hurry. The common enemy in the form of the pandemic has brought an urgency to co-operation and co-existence,” notes Rasmuss.

“All our cities and towns need to be smart cities. We suffer the effects of a lack of systems thinking. President Ramaphosa should encourage and build a culture of smart decision-making in all our towns and cities. That would change South Africa. All our cities should be less discriminatory, more equitable and safer. One smart city in Lanseria or elsewhere is going to do very little to change anything about how South Africa functions. We need a shiny new city less than ever. Perhaps there happens to be growth in Lanseria. Then let’s manage that growth in a better way. Let’s be ‘smart’ about it,” urges Rasmuss.

The urgent problems faced by South African cities, from deteriorating infrastructure to rapid urbanisation, are primarily social and economic in nature. “We need to create work for people, so that we have citizens who have the ability to build a life.” Architects can generate local work opportunities by critically interrogating how things are made and constructed, and where the materials come from that go into building elements. “To counteract the job-destroying effects of our recent period of de-industrialisation, we need to deploy South African-made products where we can.”

Despite President Ramaphosa stating that the mooted R100 billion Infrastructure Fund is fully operational, with a 2021 project pipeline in place, Rasmuss reflects that “very little is filtering down. It does put more focus on the question of whether we are spending well, and whether we are doing so in a ‘smart’ way.” Do we need new buildings and new cities after the pandemic? Perhaps less so than ever. One obvious solution to South Africa’s housing crisis, for example, is to repurpose existing buildings. Paragon Group company Paragon Architects South Africa, under Director Thulani Sibande, has achieved great success with projects such as the recent Shell House conversion in central Johannesburg.

Rasmuss adds that there has been a huge sell-off of properties, as listed and unlisted funds under cash-flow pressure liquidate parts of their portfolios in order to raise cash. This has resulted in a large number of property transactions, with noticeable changes in ownership groupings, and a trend towards conversions. Indeed, the Paragon Group originally built its business on refurbishments. “We are well positioned to help new owners rethink the end use of a building, while making best use of the DNA that’s there on-site in concrete and steel and glass,” stresses Rasmuss.

Indeed, the group has been converting office stock into residential projects for the past seven years. “We have completed a few thousand units in Johannesburg in that particular market. Linked to that are student housing projects, which are related but have their own risk and funding structures.” This has been a large part of Paragon’s built work, as it diversifies from being perceived as ‘office building architects’. In Eswatini, Paragon has been involved at Malkerns Estate, a Greenfield middle-class housing project where unit sales have far outstripped the most bullish demand projection. Meanwhile, Paragon has also been working on low-rise and mid-rise apartment towers as far afield as Accra, Cape Town, Dakar, Johannesburg and Nairobi.

Looking at the broader affordable housing shortage, Rasmuss points out that this is much more an affordability issue than it is a design issue, due to the limited range of routes to property ownership and a limited range of financing models. While the Sectional Titles Act protects end-user clients from fly-by-night developers, it excludes small and emerging developer players from the sectional title market, creating a high entry barrier for potential developers.

One of these crises is a perceived failure in urban planning to rectify the current problems of our cities. While critically-thinking architects can instinctively tell what is wrong with our cities, Rasmuss reframes the question: Where are the visionary clients, those who think outside of the site boundary of their allotted land parcel? Perhaps the Lanseria Smart City is an example of such a visionary project, but Rasmuss remains unconvinced.

“The draft masterplan for the Lanseria Smart City seems pretty sensible; nothing that hasn’t been done before. Interestingly, it aims to dissuade the production of ‘high-rise glass towers’. That’s an interesting debate. Perhaps we should not talk ambition down. Let the architecture arise from the individual business cases. That’s what Johannesburg has always been good at: value engineering the best out of what is available. And that is what the Paragon Group does best as a Johannesburg-inspired practice,” concludes Rasmuss.