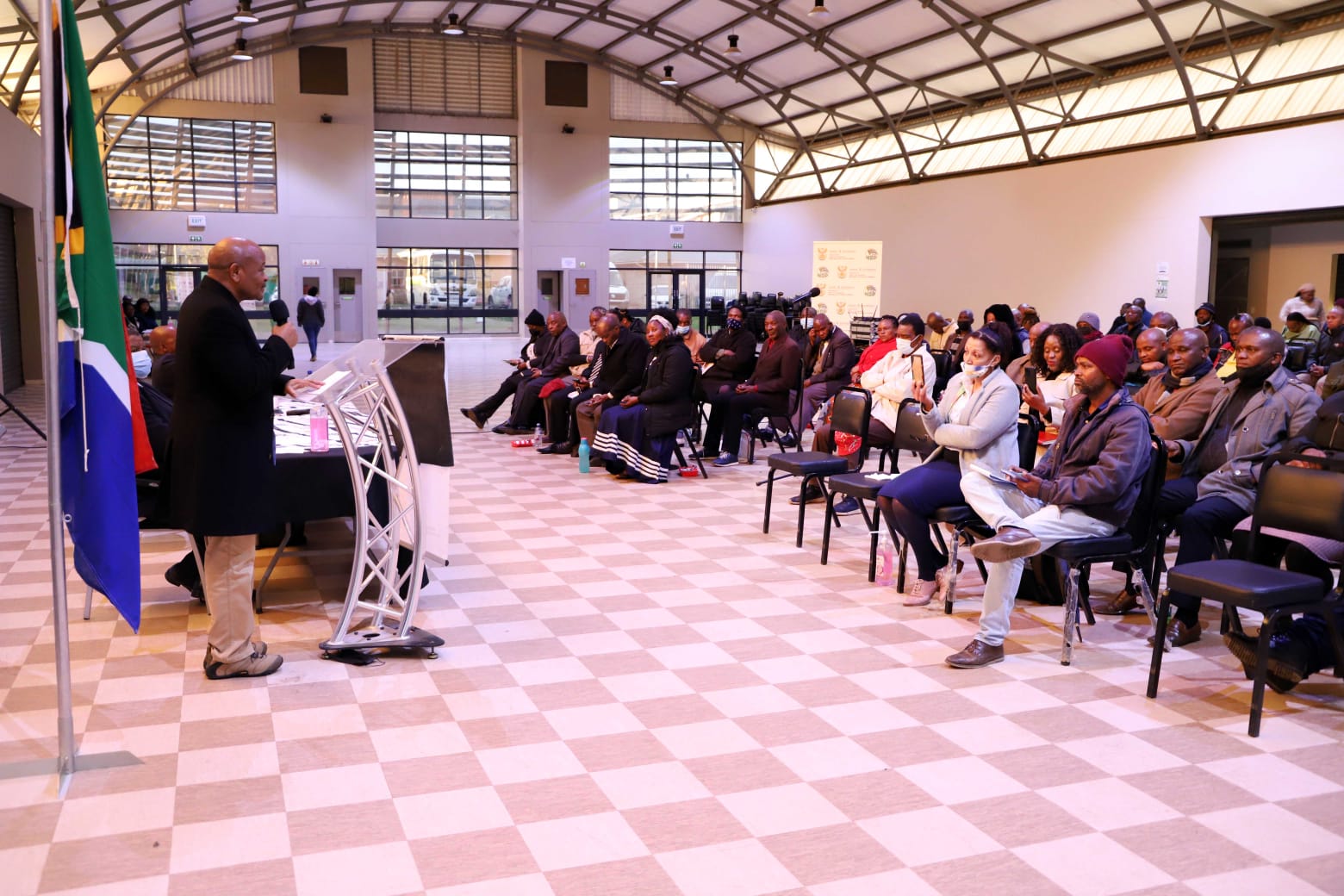 The Minister of Water and Sanitation, Mr Senzo Mchunu held a closed working session with the Executive Mayor of Alfred Nzo District Municipality and the officials from the Department of Water and Sanitation, as well as from the District and Local Municipalities. The main purpose of the meeting was to speed up water supply and sanitation in the District, which has been a challenge for a long time.

Following all the presentations made by the District Municipality’s Municipal Manager and the Eastern Cape Provincial Head of the Department of Water and Sanitation, the Minister prioritised the construction of a 49-kilometre bulk water pipeline from Ludeke Dam to Mzamba village in Mbizana. The construction of the pipeline should be in tandem with that of water reticulation infrastructure to the surrounding areas of Mbizana.

Umgeni Water, with a budget of R109 million was appointed by Minister Mchunu to lead the implementation of the pipeline project. Phase 1 of the project was done but was put on hold in 2008, but the Minister and Alfred Nzo District Municipality through the Executive Mayor have agreed to kickstart Phase 2 which will entail conducting of the feasibility study, generation of the detailed designs and finally the construction of the bulk line. These processes are expected to be concluded in a period of 18 months.

Minister Mchunu said the Ministry and the Provincial Department of Water and Sanitation, together with officials from Alfred Nzo District Municipality will work jointly by establishing a task technical team that will oversee that the pipeline project takes off. Minister Mchunu also emphasised that water reticulation should take water to the households taps of the communities, and not only to the communal taps.

“Let us leave the past behind and go forward on this project. The decision that has been taken here today needs to be implemented. Umgeni Water together with the Interim Board of Amatola Water will work together for the realisation of this major task. The people of Mbizana have been waiting long for water since the Ludeke Dam was built”, said Minister Mchunu.