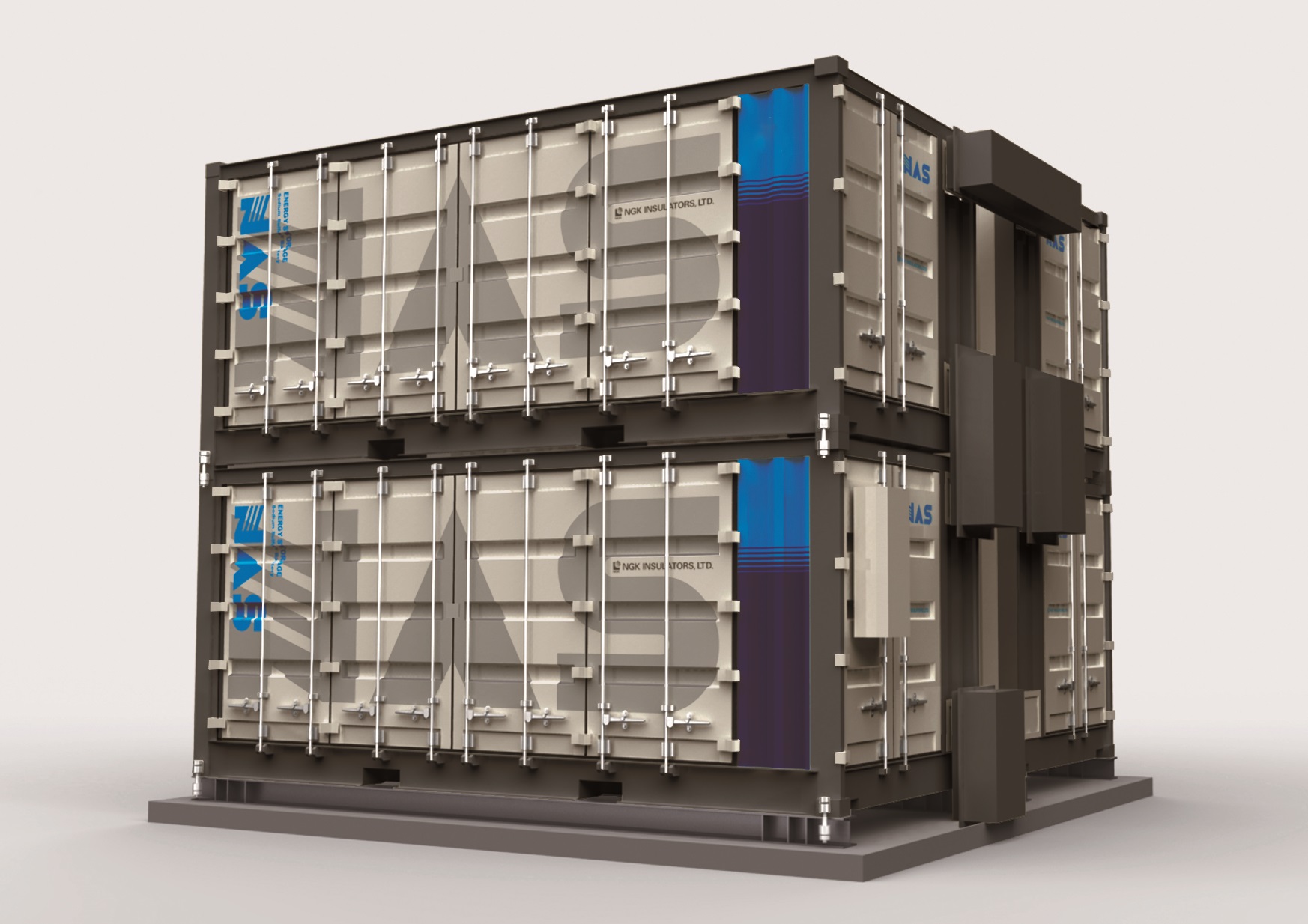 NGK INSULATORS (NGK) has received an order for NAS batteries for electrical power storage intended as those for grid storage from Toho Gas.

The NAS batteries that Toho Gas ordered have an output of 11 400kW (11.4MW) and a capacity of 69 600kWh (69.6MWh, equivalent to one day’s worth of electrical power consumption by approximately 6 000 average households) and will be installed at the former site of Toho Gas’s Tsu LNG station, with construction set to begin this month.

Although further introduction of renewable power generation, including solar and wind power, is anticipated to achieve carbon neutrality, the fact that the amount of power generated is affected by seasons and weather presents a challenge for renewable energy. Furthermore, handling the tightening supply and demand of electrical power due to factors such as climate change is becoming a social issue. Charging and discharging batteries for grid storage in line with supply and demand for electrical power can help to solve these issues.

They are used for load leveling and providing supply and demand alignment capabilities by harnessing their unique properties which include enabling discharge over long periods of time with a large capacity. NGK will continue to meet demand for large capacity storage batteries, such as those for grid storage, strive to stabilise the supply and demand for electrical power and promote the spread of renewable energy, while helping to realise a carbon-neutral society.

*Business to Support the Introduction of Storage Batteries for Power Grids to Accelerate the Introduction of Renewable Energy: A business that subsidises a portion of expenses for those who introduce storage batteries or water electrolysis equipment in Japan, enabling the provision of alignment capabilities to handle fluctuations in the output of renewable energy and absorption of excess electrical power with the objective of accelerating the introduction of renewable energy and arranging environments that can fully harness its potential to meet the goal of achieving carbon neutrality by 2050.

＜overview of the ordered NAS batteries >

The NAS batteries that were used for NGK are available in South Africa Visit Altum Energy: www.altum.energy