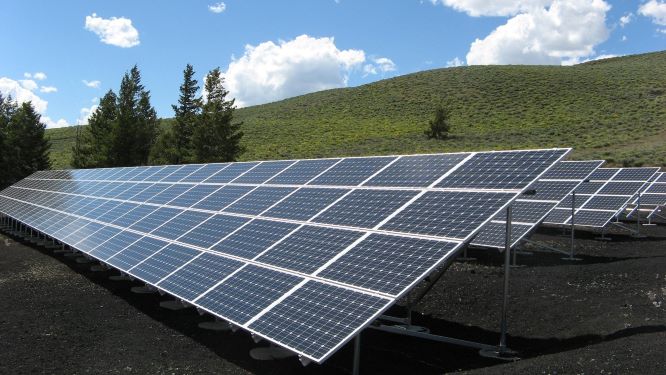 Organisations call for end of fossil fuel use

This follows the AfDB announcement that was made in September 2019. In the announcement the President of the AfDB, Dr Akinwumi Adesina stated that they are committed to no longer funding coal on the continent but to rather build the “largest solar zone in the world”.

The African Climate Reality Project has recognised the AfDB commitment to end the continent’s reliance on coal. However, the organisation believes that we are in a time of climate emergency and that the AfDB should take more official and decisive action to separate itself from current and future fossil fuel projects.

According to the Intergovernmental Panel on Climate Change (IPCC), Africa is expected to experience devastating climate change impacts. These impacts are already affecting our continent and its people: hampering economic development, sometimes eroding years of economic progress, exacerbating conflict, and pushing hundreds of thousands of people every year into forced migration; especially those living in arid zones and areas affected by desertification and floods.

Recently, torrential rains triggered devastating floods and landslides across East Africa, aggravating an already challenging situation as countries in the region battle a triple crisis of climate change impacts, the coronavirus pandemic, and the locust invasion. The destruction caused by the floods killed hundreds of people in Kenya, Uganda, Somalia, Rwanda, and Ethiopia, while displacing hundreds of thousands – and also ironically washing away a hospital in Uganda as people move into makeshift camps which make social distancing impossible. Migration also often depends on mobility and access to resources, which means those that were most vulnerable to the floods were unable to migrate. Instead, they have remained in the same locations, increasing their susceptibility to future climate-induced harms.

While these extreme weather events and associated risks threaten the lives and livelihoods of millions of Africans, the urgency to shift African economies’ dependence on fossil fuel-based energy generation to renewable energies has never been more crucial. A report by the IPCC highlights that if fossil fuel projects continue at the current global rate, Africa is heading straight for average warming of 3 to 4 °C as a climate hotspot – and a new study shows that globally, up to 3 billion people will be living in a climate too hot for human survival as soon as 2070. This scenario would have disastrous consequences, ranging from the extreme heat that would affect the majority of the continent’s land to increased risks of extreme drought, extreme flooding, and a decline in agricultural yield; leaving millions of people with no food to eat.

The IPCC report also made it clear that anyone who supports the fossil fuel industry knowingly contributes to untold suffering around the world. Despite this scientific consensus, in November 2019, the AfDB approved a long-term Senior Loan of $400 million to support the building of an integrated Liquefied Natural Gas (“LNG”) plant, including a liquefaction facility in Mozambique. In doing so, the Bank is ensuring that Africa is locked into years of emissions that we simply cannot afford.

Recent data reveals that solar, wind and other green technologies now provide more than one-third of the world’s power. While this signifies a positive trajectory for the future of renewable energy, the current economic crisis due to the corona pandemic is likely to slow this process. However, experts show that there are long term prospects for renewables to emerge stronger than ever, especially if governments and major financial institutions integrate support for clean energy into COVID-19 economic-recovery programs.

Given the urgency of the climate crisis, 2020 has become a fundamental year in which the AfDB must support the African continent in increasing our ambition to leave fossil fuels in the past and leap for the age of renewable energy and sustainable development. Therefore, the AfDB has been urged to:

It is the hope of the African Climate Reality Project that through working together that a more sustainable, climate-resilient and just future will be created for the African continent.

The call to action is supported by: