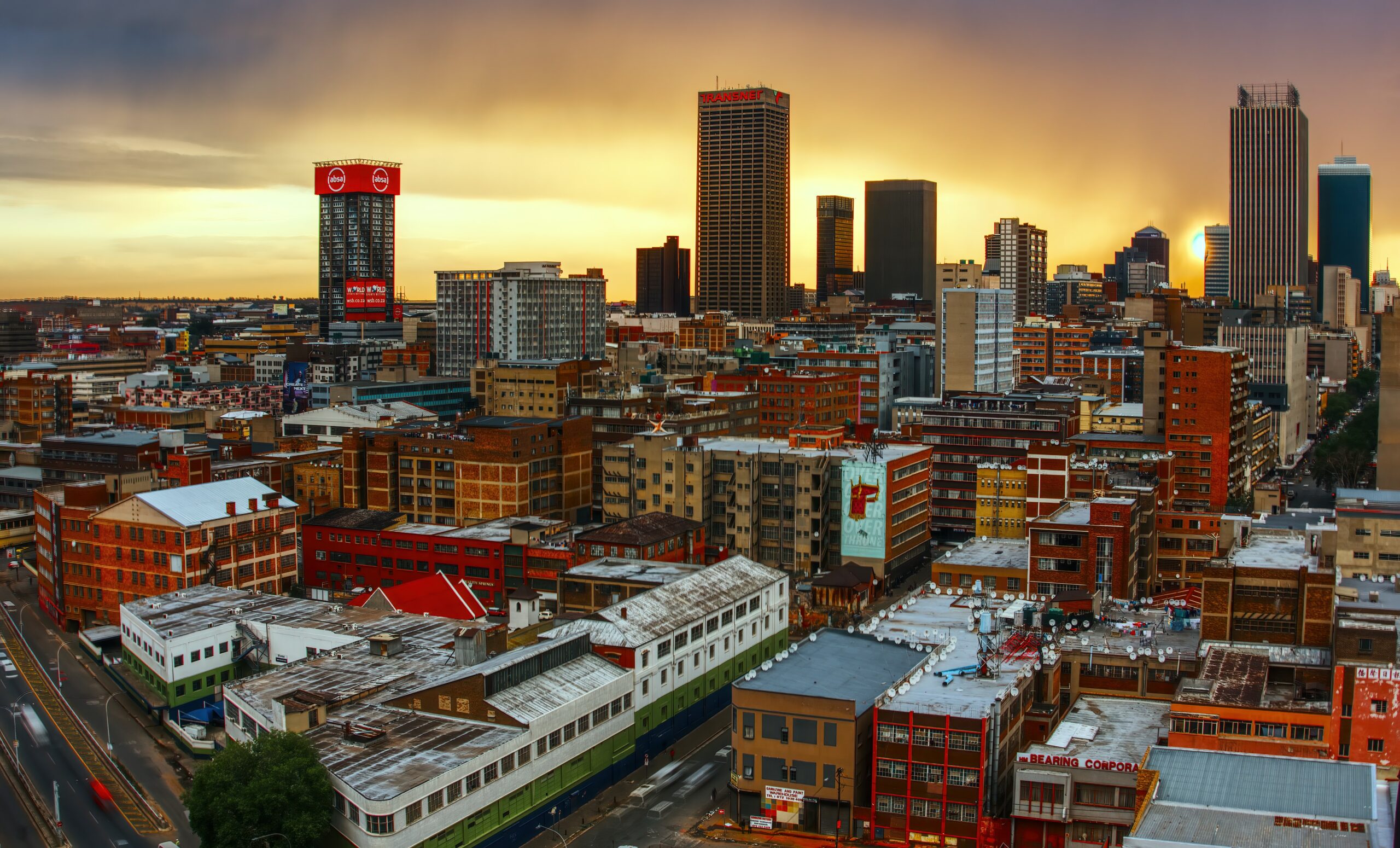 People before profits – SA must embrace the importance of ‘climate-proofing’ cities, towns

Durban and Saldanha Bay could help other cities to negotiate a more secure pathway through the emerging jungle of climate change effects. This suggestion comes from a national research project to drive ‘climate-resilient development’ for South African cities.

Is it possible to “climate-proof” our big cities and smaller towns from a hotter world, a wetter world or places where extreme weather events strike unpredictably? The very term, climate-proofing, implies that it’s possible to insulate human settlements from the worst impacts of a changing climate or rising sea levels, perhaps by building giant walls, dykes or tinkering with planning and engineering designs – and then pretty much carrying on with business as usual.

But the tasks ahead are likely to prove much more complex, dynamic and expensive than meets the eye – even if municipal authorities have the foresight, political will or resources to prepare for the complex and multidimensional impacts of global heating and the climate crisis.

There is ample evidence of the increasingly topsy-turvy conditions we can expect and should be preparing for – ranging from the destructive wildfires in Australia, Knysna or Spain; devastating floods in Durban, Mozambique and Germany; or the unprecedented heatwaves in London and Canada.

A second side of this climate coin is how economies, job security and societies will be affected by the system-wide measures needed to mitigate or slow down climate change – by ramping down fossil fuel consumption and greenhouse gas emissions.

What happens to towns and communities when workers in the coal or petrochemical industries lose jobs and homes as the country transitions towards wind, solar and other forms of renewable or more sustainable energy?

Can water-intensive industries carry on as before as the volume and quality of available freshwater declines. Not just from climate change, but also from the surging demand from commerce and growing human populations?

The multibillion financial losses suffered by companies such as Toyota South Africa and the death of more than 450 people during the April 2022 Durban floods provide another example of the perils of allowing development on low-lying land vulnerable to flash floods.

There are no easy or quick-fix solutions, but South Africa’s cities and towns need to make a start sooner rather than later.

This was the message emerging from a webinar hosted by the Presidential Climate Commission (PCC) on 15 August, during which researchers outlined plans to encourage Durban and Saldanha Bay to adopt more climate-resilient development pathways.

Dr Anna Taylor, a research fellow at the University of Cape Town’s African Climate and Development Initiative, describes climate-resilient development as a form of “anticipatory planning” by a wide range of interest groups over the next 30 years.

Taylor heads a new research project commissioned by the PCC to stimulate discussion on climate-resilient development as one of the tools of the so-called Just Transition towards net-zero carbon emissions by the 2050s.

Some of the ideas emerging from this research include plans for massive recycling and reuse of polluted water in Durban, stricter enforcement of building set-back lines in high-flood risk areas, or ambitious investments in renewable energy or green hydrogen schemes to power iron and steel exports via Saldanha Bay.

Significantly, the proposals also point toward the relocation of certain major industries to avoid repeated flood damage in Durban’s trade and manufacturing sectors.

“Climate change is not separate from development. They are deeply intertwined … so business as usual is simply not going to cut it.”

Roberts, who also co-chairs a working group of the UN Intergovernmental Panel on Climate Change (IPCC), cautioned against “quick-fix solutions” such as massive tree-planting schemes to offset greenhouse gas emissions.

Unfortunately, science experts were not communicating effectively with people on the ground about how climate change would affect them.

“We [the IPCC] are still producing these massive reports which can only be used as doorstops by most people. They need to be translated [into an understandable format] for communities.”

This sentiment was echoed by Gwen Gosney, environmental manager of the Trans-Caledon Tunnel. Rather than overwhelming the public with information about polar bears and melting ice caps, she said, information on climate change had to resonate with everyday concerns around jobs and social inclusion.

According to the new PCC research report, Durban remains “maladapted” to climate change in several respects.

“Many communities continue to experience marginalisation and are repeatedly impacted by hazards such as floods, which suggests that eThekwini is already in a maladaptive space.

“Prioritising investments in infrastructure, ecosystems and other options, without shifting the distribution of resources and power, contributes to persistent inequality with far-reaching consequences.”

In order to assess the benefits and trade-offs that are required to prepare the city for both sides of the climate change coin, the researchers suggest the establishment of a broad, new forum that would include representatives from civil society groups like the South Durban Community Environmental Alliance, City departments, the Durban Chamber of Commerce and Industry, the national Department of Human Settlements and researchers from academia.

They note that Durban’s development path from the mid-1800s had centred on the harbour and major transport infrastructure to support trade and manufacturing. Now, there was a shift towards the northeast of the city (Durban Aerotropolis/Dube TradePort) and further development of the Automotive Supplier Park in the flood-prone south.

This pathway has been strengthened by national decisions related to Special Economic Zones and Strategic Integrated Projects.

However, in probing this pathway in relation to climate resilience, “it became apparent that climate-related impacts such as floods and landslides pose major risks to trade and manufacturing businesses, as well as associated infrastructure”.

Businesses and infrastructure that are located in floodplains or vulnerable to soil or geological hazards were especially susceptible – a risk that was emphasised by the damage to 1,152 businesses during the April 2022 floods.

The researchers therefore propose a “strong and focused investment in renewable energy in eThekwini” along with consideration of green hydrogen investment.

The city should also consider enforcing strict rules against building within flood lines, but this would mean relocating several businesses and informal settlements.

Regarding Saldanha Bay, the research team notes that its development since the 1970s had been anchored around one of the southern hemisphere’s largest and deepest natural ports.

It began with a dedicated iron export port and railway link to the Northern Cape, followed by a decision to establish a steel smelter in the 1990s, followed by the establishment of a new Industrial Development Zone focused on servicing the offshore oil and gas and new maritime clusters.

However, drought in the surrounding region during 2016-2018 had forced water-intensive industries to install desalination plants, while rising energy costs also led to the mothballing of the Saldanha steel project in 2019.

New initiatives were now needed to address both the energy and water supply challenges in Saldanha Bay, while also protecting the emerging mariculture and fisheries sector and the adjoining Langebaan Lagoon marine reserve and Ramsar site.

In navigating these challenges, climate-resilient development would require a shift away from “a narrow goal of national economic growth measured as GDP”, towards clearer social and environmental benefits for the local community.

Water availability in the arid West Coast region of South Africa, in which Saldanha Bay is located, presents a biophysical threshold. This was clearly highlighted in the recent drought that saw a number of water intensive companies in the area install desalination plants in order to continue doing business.

“Given that climate projections indicate a drying trend in this region, combined with ongoing water constraints as growing urban areas compete for shared and limited resources, the availability of freshwater will continue to be a very real threshold on development pathways into the future,” the researchers said in a report to the PCC.

New “blue sky” scenarios may look good on paper, but the researchers acknowledge that “our biggest challenge in South Africa is ongoing systemic failure to implement progressive policies and service delivery commitments. Vested interests and institutional power dynamics are at the core of this. We need a model for putting people and climate at the heart of development.”  This point was emphasised by UCT research team member Professor Gina Ziervogel, who warned: “Vested interests are there and [climate-resilient pathways] make powerful actors uncomfortable. There will be pushback.”

Article courtesy if the Daily Maverick