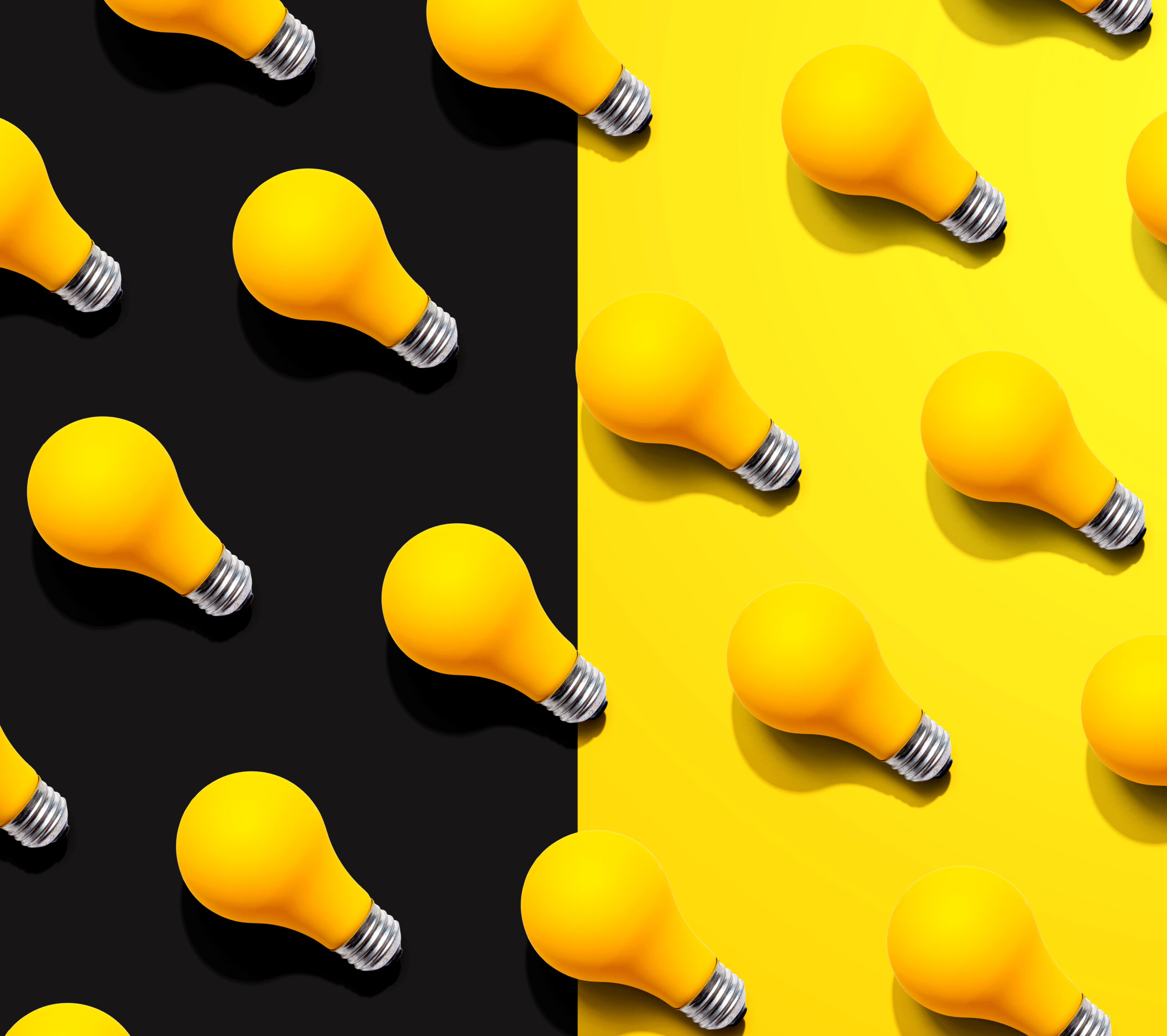 Thank you for the opportunity to address this 68th Convention for the Association of Municipal Electricity Utilities (AMEU), which you host under the insightful theme of a “Just Energy Transition for South Africa”.

This gathering is hosted at a time when South Africa has been plunged into darkness with the longest and most rolling blackouts we have ever experienced in our democracy. Indeed, on the one hand demand has increased as we have sought to ensure wall-to-wall energy coverage throughout our country. Villages and townships that had been in the dark for centuries gradually got light and energy.

In 1993 only 36% of households had access to electricity. Today it stands at above 90%. Very few places in the world and on the continent have registered such a rapid pace of electrification at such a relatively short time. Only Egypt (100%), Tunisia (100%), Mauritius (100%), Libya (99,8%), Seychelles (98%), and Cape Verde (96%), currently surpass South Africa’s figures of people with access to electricity. In this regard the challenge we face is now bringing electricity to the close to 6 million South Africans who remain in darkness. We must achieve that goal while having to ensure consistent and reliable energy to those that have access.

With regards to the latter, a study conducted by Afro Barometer, shows that only 5% of South Africans were satisfied in relation to electricity services provided. This study was undertaken in 2016, long before the current rolling blackouts phenomenon, thus it is not only indicative of frequency but also quality of service. I am sure, given our current experiences, the 8th edition of the study, which is to be completed later this year, will have a far more damning picture. For those millions who do not have access or experience energy supply in a sporadic manner the issue is quality and consistent access to energy, by any means possible or necessary.

Certainly, this has been the case even in developed nations in the world, that is why they remain the biggest carbon emitters, it is not only the green they pursue but they remain committed to serving the interest of their people, above all. This has been seen by the return to fossil-based energy in places such as the EU, with the cutting of supply lines from Russia because of heightening hostilities in the Ukraine. Therefore, we must never forget that about 80% of our energy is generated through fossil fuels with coal making about 26% of that. Currently over 80 000 are employed in the coal mining sector and five companies (Anglo Coal, BHP Billiton/ South32/SAEC, Sasol, Exxaro and Xstrata) account for over 80% of coal capacity.

This in itself poses a danger, but more importantly is that the sector lost over 10 000 jobs over the last ten years, partially as result of an overemphasis on the move away from coal to other sources. That overemphasis and loss has particularly affected the economies of four municipalities in Mpumalanga, that of eMalahleni, Steve Tshwete, Govan Mbeki and Msukaligwa, where 76% of all coal workers are employed.

Despite these job losses the level of absorption of the workers in the renewable energy sector has not been good. As the renewable sector requires a slightly higher level of skills and over 81% of coal mine workers have matric or less.

These coal workers therefore make a very small portion of the 28 000 employed in the sector, which incidentally is also 45% of the continent’s renewable energy workforce. We must also take into consideration that our energy demands going forward are likely to double by 2050. Therefore, to mitigate the possibility of a greater energy crisis, rather than disinvesting in coal, we must place greater emphasis on researching and investing on getting cleaner and more efficient coal-based technologies and solutions. Even France and Netherlands which are considered amongst the most energy efficient countries in the world, utilise nuclear and fossils at the core of their energy generation mix.

We have no choice but to find the appropriate energy mix that will give us the most just of transitions. Thankfully in this room, on this platform and beyond, we have the critical minds that can assist us in exploring that critical mix, as well as new and innovative means of producing and consistent energy. For example, I recently came across gravitational energy technologies, that utilise one of the oldest known sources of kinetics, to consistently supply the grids. These could complement the work we have begun on other renewable sources such as biomass, solar, wind and wave technologies, all of which only generates 27% of the world’s energy. Fortunately, virtually all renewable and recyclable energy sources are in abundance in South Africa and Southern Africa, especially in the rural areas.

This presents a new frontier and potential niche, which is a window of opportunity for the country and continent, which we must capitalise on. In exploring that frontier, we have the duty to also find ways to make those alternative energy sources more efficient and affordable. Currently, these energy sources have a relatively lower financial return on investment, as well as, intermittency, high material input, low energy density, short lifetime, and recycling challenges.

In charting the path towards an appropriate energy mix and a just energy supply we require more and not less state. Everywhere in the world, it is the state that drives generation and distribution towards the social goals such as education, rural development, health, and recreation. Take for instance in Tunisia, the State Power Utility Company, STEG, controls 91,7% of the country’s installed power production capacity and produces 84% of the electricity. Even in the most capitalist of countries, it is the state that issues conditional licensing for private generation and distribution, which is tied to social outcomes. Often it is the local state that takes this licensing responsibility, if it does not produce itself.

For instance, despite American penchant for capitalism the most used instruments for distribution are not for profit cooperatives or municipalities, which removes the profit element. These Municipal or community utilities are owned and operated by the local or community bodies to provide a range of services such as water, gas, internet, telephone services, garbage removal and banking.

This is not a new idea. Los Angeles has had a publicly owned utilities company for over 100 years, and 1 in 7 Americans are served by such a utility company. The American Public Power Association, which is your counterpart there, makes a strong case on how “not for profit, community owned locally controlled” utilities provide better services at lower rates than privately owned utilities while also providing jobs and revenue for their local communities.

These Municipal and community utilities are important in powering local economic development, as they can be more responsive to local needs whilst supporting the local revenue base as well as local organisations and businesses. Of course, our problem with regards to ownership in South Africa, is not the private, but the drive to unjustifiably privatise the already uncompetitive, pricey, and monopolistic public entity. Even as the unbundling is being planned, it is planned with private owners in mind, and not with the most logical and more social justice prone municipal and community/cooperative models in mind.

We must therefore pay attention to the specific challenges which have not enabled our municipalities and their entities to position themselves as Independent Power Producers (IPPs). A study recently undertaken by Sustainable Energy Africa, found that only 50% of our municipalities are equipped with any form of Small-Scale Embedded Generation processes. A further 25% do not have the internal capacity to establish or manage these processes, while the remaining 25% are not in a state to handle any additional responsibilities owing to governance and financial challenges. Thus, we should not just theorise and speak of the research, but we must find ways to establish the capacities to develop and maintain the energy infrastructure capabilities of all municipalities.

This association has the duty not just to analyse the state of our infrastructure but needs to roll up sleeves and get to work in solving them. And assisting all of us to understand what needs to be done. Let those municipalities and utilities doing better to support those that are not performing as well. We must be also deliberate and practical in our actions as this association.

Therefore, I wish to challenge the association with assisting the municipalities of OR Tambo, Alfred Nzo, Ugu and Harry Gwala, in Eastern Cape and KZN, to plan and deliver on their energy potential and promises. I choose these localities because this is the site of the newly Gazetted Eastern Seaboard Region which includes a Polycentric African Coastal City.

Already, the President has launched the project last November and there is national steering team which includes all the spheres of governments with 16 Departments and 7 State Owned Entities. I wish to invite the Association to join these planners and implementors as they consider how and when to unlock the close to 5million megawatts potential that can support the city and country.

Programme Director, as we propose the communal and municipal ownership, we must maintain certain national norms and standards which will ensure better education, health, recreational, cultural, and economic outcomes. We must also remember that ours is a unitary state which functions through the cooperation of all spheres and entities of government and collective governance. We must therefore maintain reasonable costs and reliability, which must be observed throughout the country. We must also remain cognisant of the fact that a sustainable and clean energy transition must be underpinned by economic justice.

Therefore, it is up to this convention to place back the just in our discussions with regards to energy provision and distribution. In reality, electricity and energy have become a right in themselves, for it can influence the level of access citizens have to the other rights. This became gapingly clear during the recent Covid-19 Pandemic where the United Nations Children’s Fund (UNICEF), found that school children had lost 54% of learning time because of the pandemic and some 400 000 to 500 000 leaners had reportedly dropped out.

No doubt most of those children are those who come from poorer backgrounds, with no access to consistent electricity and ICT. Some would have had to leave school to find work, because of the loss of the main bread winner. Therefore, there can be no doubt of the relationship between electricity and development. Landing by plane at night in a more well lit up town or city tells you the level of development in that society.

Electricity significantly contributes to the improvement of human lives. In addition to its positive social effects, electricity stimulates the economy. The economic growth and development process is powered by energy. Without energy, development is impossible. Access to electricity in South Africa, as with access to other basic services such as housing, education and water is paralleled by high levels of poverty and socio-economic inequality.

We must therefore work together as part of the District Development Model to deal with the challenges we are facing and to embrace the energy revolution. Let us work together, to be customer centric and service orientated. Let us try harder to maintain the current infrastructure.