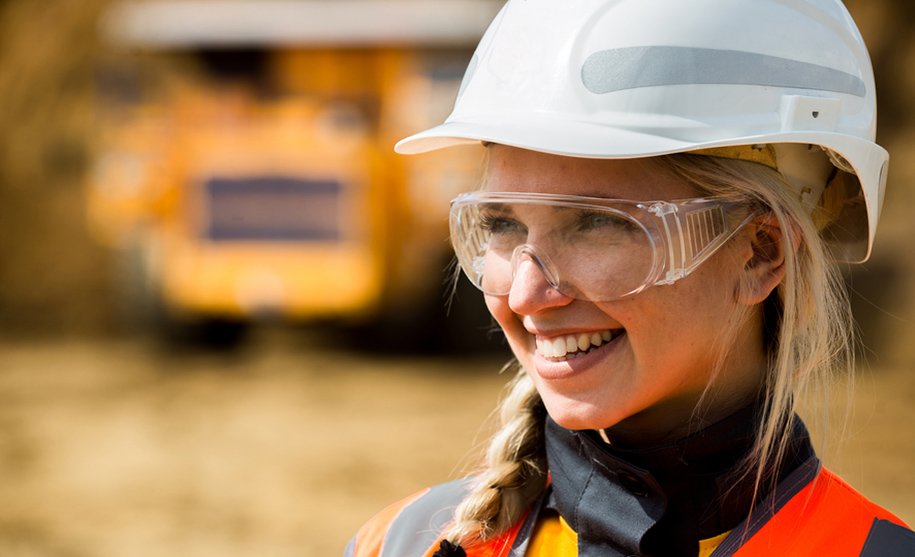 While the mining sector may lag behind many other industries in its inclusion of women, there are plenty of examples of highly skilled professional women making their mark in the technical consulting field

This is according to Vassie Maharaj, a director, partner and principal consultant in social risk management and stakeholder engagement at the global firm of engineers and scientists SRK Consulting. Success in empowering women is steadily progressing in the right direction, said Maharaj.

“Gains in this area are evident in the fact that several of our female consultants are often sought out by our mining clients to play leading roles in engineering, compliance and performance assessment projects,” she said. “Their in-depth knowledge of certain mining operations and their understanding of mining-related legislation is held in high regard – and is widely acknowledged by clients, colleagues and industry peers alike.”

Ndomupei Masawi, principal environmental scientist at SRK Consulting, noted that although more women are now involved in the mining sector, the industry itself remains largely masculine.

“This includes a masculine ideology and behaviour that women often have to adapt to if they want to progress,” said Masawi. “By contrast, I have had the privilege of working with a woman in an executive position at a major mining company – where the experience was quite different. It was a positive affiliation with our communication showing mutual respect for each other’s position and field of expertise.

She noted that the mining industry in South Africa – indeed Africa as a whole – had made great strides in the inclusion of women, with African mining companies ranking high in terms of women in executive positions and on company boards.

“We do, however, need to do more for ourselves to make sure that the changes are not superficial and temporary,” she said. “Women in executive positions need to support women at junior levels through mentoring and career guidance, so that women can be represented from the field to the boardroom.”

The industry was slowly progressing past token appointments, said Lisl Fair, principal consultant in sustainability at SRK Consulting, and moving toward a more progressive state where women are appointed for their skills and ability to stand their ground.

“Some positions are still being highlighted as the ‘apex’ of inclusivity, such as underground workers and engineering positions,” said Fair. “I believe an environmental or social scientist – who is able to voice her opinions and advise senior male mining executives – deserves just as much recognition for advancing in a traditionally male-dominated environment.”

Despite the progress in the numbers of women in mining, Maharaj and Fair both argue that there was still a long way to go in helping those women to be heard and to influence decision-making. Maharaj noted that SRK strives for an inclusive and diverse workforce, recognising the benefits of gender diversity at all levels of the business.

“We actively encourage and afford opportunities to women to achieve growth and development in mining-related careers, including engineering and various fields of environmental and social science,” she said.

Among the empowerment initiatives in which SRK participates is the International Women in Resources Mentoring Programme (IWRMP), currently involving 10 of its staff from around the world – and one from South Africa, principal environmental consultant Sue Reuther.

“The programme gives mentees the chance to identify, discuss and address specific concerns and ways to improve their careers,” said Reuther. “The mentees also engage with high-powered individuals in the mining industry, gaining valuable insights and confidence from their alternative views and perspectives.”

She was convinced the mining sector was already developing a more inclusive culture, with ever‑decreasing tolerance towards intentional or unintentional discriminatory behaviour.

SRK Consulting managing director Vis Reddy highlighted that more than half of the company’s associate partners were women, creating a strong pipeline of women into the partner group, the highest decision-making body in the company with respect to strategy and operational matters.

“Female staff have held board and partner positions at SRK since the 1980s,” said Reddy. “We encourage women employees to take leading positions in projects, and many are project managers supervising some of our major projects.”

He said the company viewed its bursary scheme, internal mentoring and involvement in IWRMP as part of its efforts to improve gender parity in the mining industry.