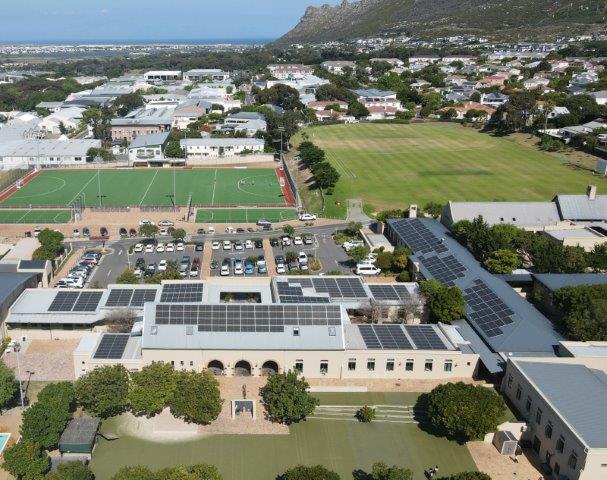 The Inspired Education Group (IEG) has embarked on a renewable energy programme, starting with a pilot solar project at Reddam House Constantia in Cape Town that becomes operational this week, and will produce 40% of the school’s power needs. If successful, the system will be rolled out at selected Reddam House and Reddford House schools.

Ravi Nadasen, CEO – Africa for Inspired Education Group, says that in line with South Africa’s Paris agreement commitment to substantially reduce carbon emissions by 2030, the group recognised the need to reduce its own environmental impact and its dependence on power supplied by utility companies.

He says that while it is predicted that the planet’s oil reserves will run out within this century, the sun will continue to provide energy for millions of years. “By switching to solar, companies can offset energy costs and reduce the strain on the country’s power infrastructure.”

Nadasen notes that by embracing this stance on renewable energy, IEG as an educational group will be in a strong position to educate young people about the crucial need for sustainable solutions and the impact they have on our world.

The Reddam House Constantia pilot installation will test the viability of executing the project across selected Reddam House and Reddford House schools in South Africa, based on the viability relating to energy optimisation at each school.

The new solar system will be a grid-tied 244 kW solar solution, that will save 172.72 tons of CO2 emissions each year (equivalent to saving 7 933 trees per year), and potentially generate 440 610 kW hours of energy annually (equivalent to power used by more than 40 households per year).

Nadasen says that in the future the project makes provision for excess power generated by the system when the campus loads are lower and over weekends when the property has limited occupancy to be fed back to the local power grid. This will benefit the utility provider and lowering strain on the existing infrastructure.