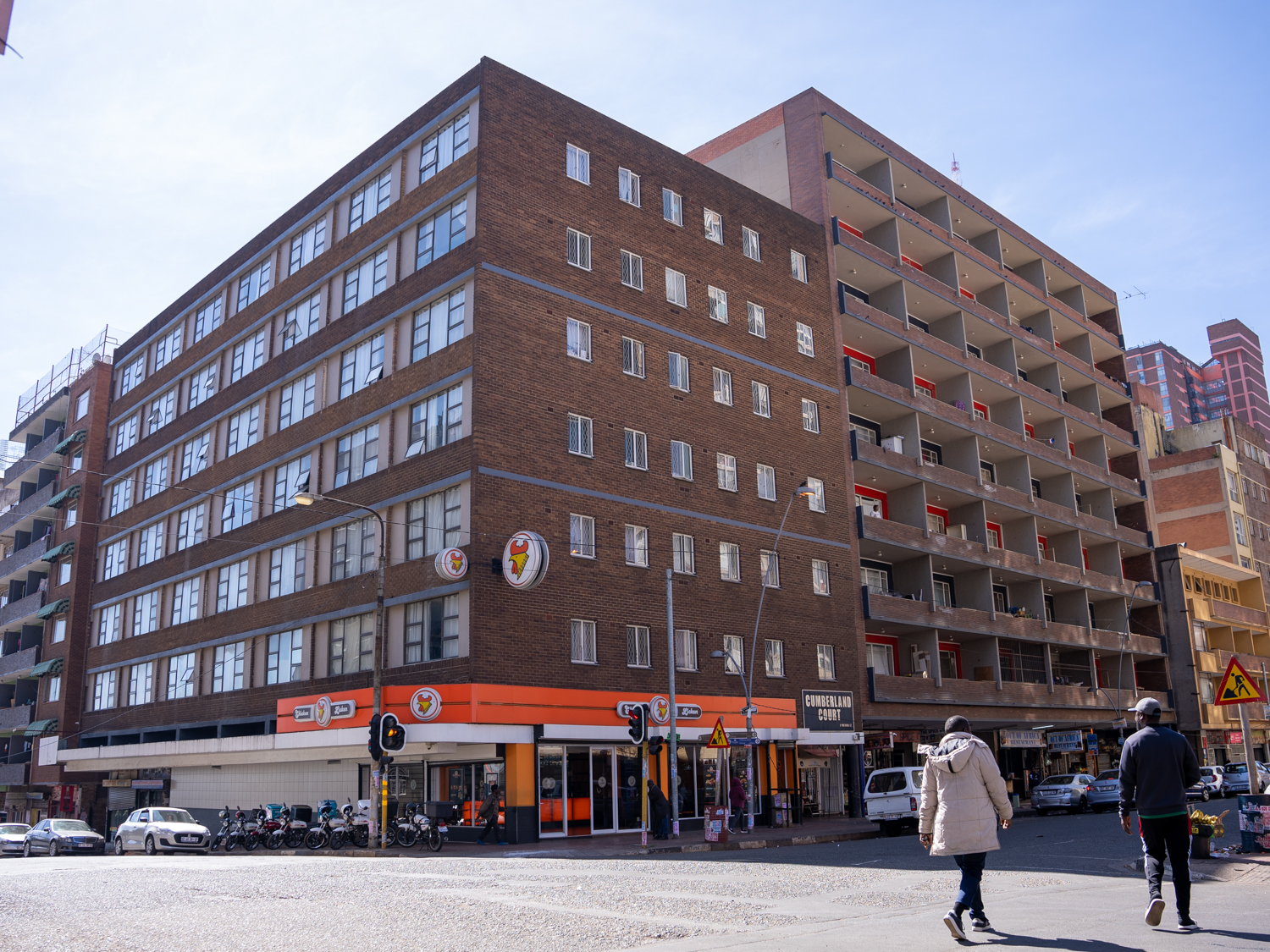 For Augy Da Costa, his journey to property development success has spanned fifteen years and culminated in successfully refurbishing two buildings in one of the most densely crowded suburbs in Gauteng – Hillbrow.

The transformation of the first of his ventures, Hollywood Heights, on the corner of Pretoria and Claim Street, began when he purchased the ramshackle building in 2005.

The first addition was a bakery, spanning 850 square metres, which performed well. From 2009 to 2012 Hollywood Heights received a new lease on life, when Augy, with a loan from TUHF, refurbished the building, converting its existing office space into 196 residential apartments.

Today, there are 14 studio apartments, 56 bachelor apartments, 84 one-bedroom and 42 two-bedroom apartments. Each are affordable, with rentals ranging from R2 800 to R5 800.

‘’The laundromat is particularly popular with both tenants and foot traffic alike,” he notes.

Hollywood Heights has a unique feature that lends itself further to building a new family – a school of its own. ‘’The school has eight classrooms and caters to Grade 00 to Grade R, with its own secured playground that the children of tenants can use with supervision,” he explains.

Five years later, Augy followed Hollywood Heights with another building that he and TUHF revitalised, Cumberland Court, on the corner of Pretorius and Klein Street. This is a residential complex that underwent a significant refurbishment, involving some apartments being converted into two bedrooms, and the construction of an eight-story tower that could accommodate eight additional one-bedroom apartments. Cumberland Court now contains 54 one-bedroom apartments and six two bedrooms, along with one bachelor’s apartment, with rentals costing between R4750 for a one bedroom and R5900 for a two-bedroom.

As refurbishing the buildings was capital intensive, Augy credits his partnership with TUHF for making it possible. ‘’The big five banks’ loan period was eight years, whereas TUHF offered a 15-year loan, which certainly helped with my cash flow,” he explains.

Contributing to the success of both properties is their close proximity to public transport, the city centre, and accessible Wi-Fi for a flat monthly fee. Residents can also bring their own DSTV decoder and use the existing infrastructure. Both buildings are served by comprehensive security, with Hollywood Heights watched by ten security guards and 160 surveillance cameras, and Cumberland Court served by three security guards and 50 cameras. Additionally, all units have intercoms, and the buildings feature biometric access.

Augy has one strict rule to ensure that the accommodation is kept safe for its residents, and that is that no alcohol can be sold on site. Additionally, the properties allow visitors up until 21h00.

Both Hollywood Heights and Cumberland Court cater to a wide range of tenants, from students and single young professionals to new families, with many of the tenants working in the food and restaurant industry. Easy access to restaurants and a Super Spar also makes it an attractive place for families and single people to call home.

As with all projects, there have been challenges to overcome. ‘’Up until April of 2020 when the pandemic began, I hadn’t known the meaning of the word vacant. I had never had a vacancy whatsoever for all those years,” he says.

While Covid-19 changed that for a while, today both buildings have largely recovered, with Hollywood Heights and Cumberland Court currently having a 96% and 98% occupancy rate respectively. That is a notable achievement, as one of the major challenges property owners have faced – which was amplified during the peak of the pandemic – has been the devastating impact of high unemployment and the knock-on effect this has on occupancy rates, as people struggle to make ends meet. For Augy, the difficult economy has meant that he has put his plans for his next developments on hold until the economy improves.

He next plans – with the aid of TUHF – are to continue refurbishing properties in Hillbrow – a market he now understands very well.