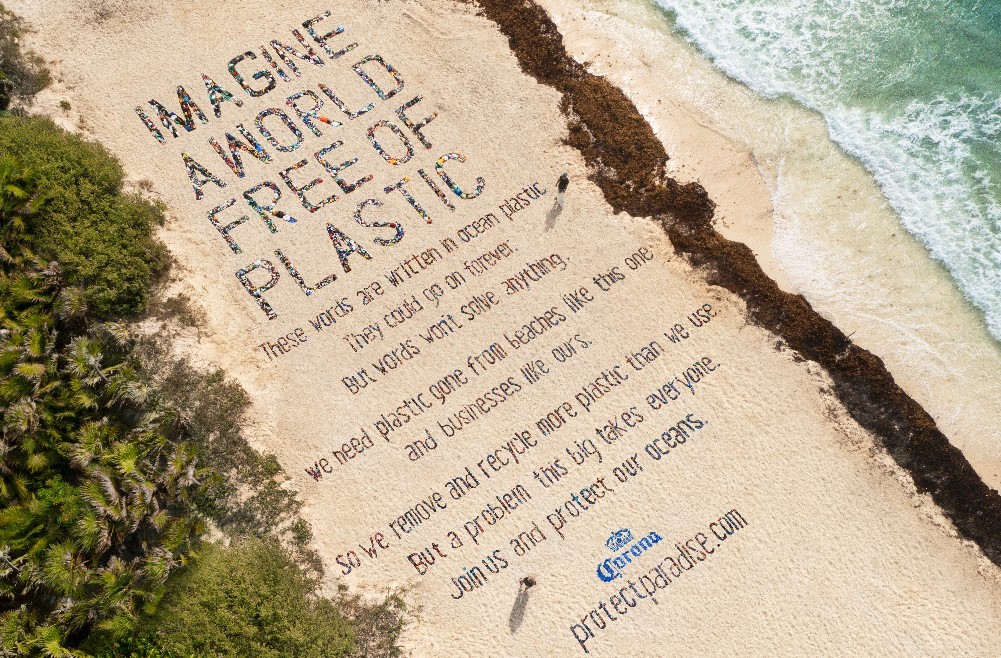 Over 100 fishermen headed out to sea off Cape Town recently to reel in some of the ocean’s greatest scourge – plastic.

The tournament and the impact of marine plastic pollution on Cape fishing communities are also captured in a new, beautifully shot, short format film, Plastic Fishing, from Corona Studios, released today on YouTube.

The South African tournament is the African leg of similar Corona Plastic Fishing tournaments which have taken place in Mexico, China, Brazil, and Israel, where local fisher people competed to remove plastic debris from the ocean. They then returned their catches to plastic recycling centres and received compensation for their work.

The initiative all builds on Corona’s longstanding commitment to cleaner oceans by raising awareness of the plastic crisis and finding ways to expand protection and preservation efforts from the beaches to the sea. Globally, Corona was joined by various other countries in marking World Oceans Day recently with awareness driven beach installations made from retrieved plastic, spelling out the message ‘Imagine a World Free of Plastic’ in their local languages.

Current figures on marine plastic pollution are alarming. With up to 8-million metric tons of plastic – two garbage trucks worth every minute – ending up in the oceans daily, according to the World Economic Forum, it is estimated that by 2050 there will be more plastic than fish in the sea, impacting the livelihood of fisher people. To make matters worse, the amount of plastic trash that flows into the oceans every year is expected to triple by 2040.

In South Africa alone, 250,000 tons of plastic enters the country’s rivers and ends up on the coastline annually.

“As a fisherman, I can see the degradation that plastic is having on our oceans and how it is affecting the catch of fisherfolk along our coastline. We know we must do something about it. Even if we are small in comparison to the problem, we can make a difference every day,” said Kegan Mattheys, Director of Fishing Republic, who collaborated with Corona on the Plastic Fishing Tournament.

The plastic retrieved from False Bay and Hout Bay will be recycled and made into beach benches to be placed along the Cape coast, reminding passers-by that the scourge of marine plastic pollution starts with us.

“The sea is what sustains all life, and it is tragic how much single-use plastic ends up in the ocean. It’s a plague. As a brand born on the beach, Corona wants to be part of the solution as well as encourage people to be more mindful of how they dispose of plastic because it can easily end up in the ocean, with devastating effects on marine life,” said Melanie Nicholson, Marketing Manager: Corona.

In 2021, Corona became the first global beverage brand to achieve a Net Zero Plastic footprint, recovering more plastic from the environment than it releases into the world. To date, Corona initiatives have included over 1,400 clean-ups, engagement with over 68,000 volunteers, and the collection of plastic waste from more than 44 million square meters of beach.

Plastic Fishing, directed by Dylan Boerstra, documenting the Plastic Fishing Tournament and how marine plastic pollution is affecting communities on the Cape Town coast, is now available on YouTube.