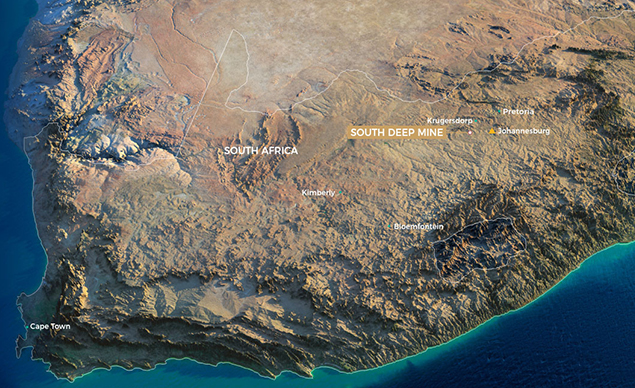 $20.5bn Infrastructure Programme to be announced

Paul Mashatile, Treasurer-General of the ANC, has said in a recent speech that there are plans to announce a $20.5bn infrastructure programme for South Africa which will focus on reigniting “network industries such as rail and ports, energy, broadband connectivity, water, sanitation and human settlements” in the wake of the COVID-19 pandemic.  According to Mashatile: “Government is already in discussion with international partners such as the International Monetary Fund, the World Bank, the New Development Bank and the African Development Bank to raise $27 billion as part of our immediate response to the pandemic.”

South Africa’s Rand Merchant Bank has confirmed that it is part of the consortium of banks funding Total’s Mozambique LNG project. Signing of the $14.4bn in funding for the project is scheduled for June. Following the discovery of almost 65 tcf of natural gas in the Rovuma Basin in 2010, Total reached a $20bn FID in June 2019, and it appears that the project has no intention of slowing down in the face of the pandemic as many other operations have had to across the continent. Jonatan Ross, Head of Oil and Gas Coverage, at RMB said in a statement: “It will be a remarkable achievement in the circumstances. […] The backdrop could not have been worse for Total and partners to raise huge volumes of long tenor funding – the economic fallout of COVID-19 has put enormous pressure on banks’ funding and capital and has triggered an oil price crash.”

The city of Cape Town is currently in legal dispute with NERSA and the DMRE over the issue of the municipality’s right to procure electricity from independent power producers (IPPs). It has now proposed a nationally coordinated renewable energy generation and procurement programme and is actively seeking an order stating that Ministerial determination (Section 34 of the Electricity Regulation Act) is not required and is unconstitutional. It argues that this could open the way for municipalities to develop or procure their own power generation to address both national supply and demand and specific municipal requirements. According to City of Cape Town Energy & Climate Change Director, Kadri Nassiep, the city is keen to work with NERSA and DMRE to create policy and regulatory certainty for municipalities and IPP investors, and that it could take up to 5 years for a large-scale IPP procurement programme to be put in place. In the interim, there is a focus on an improvement of energy efficiency and small-scale generation programmes for Cape Town, in line with its objectives to be a low-carbon city.

Paul Victor, Sasol’s CFO has denied that any discussions regarding the sale of the company’s gas stations to the Central Energy Fund have taken place: “Here, our focus remains on improving margins by looking for higher value markets for our existing production of fuels. This means both organic retail growth, by increasing our retail site development and conversion of sites to the Sasol brand, and possible small-scale acquisitions.”. Since the outbreak of the pandemic, Sasol has been revising its strategy and implementing measures to counteract the impact of both COVID-19 and the volatile oil price – one such measure being asset disposal which has proved beneficial to date.

For more on the above topics, join the South Africa Showcase at Africa Oil Week 2020. Register now.