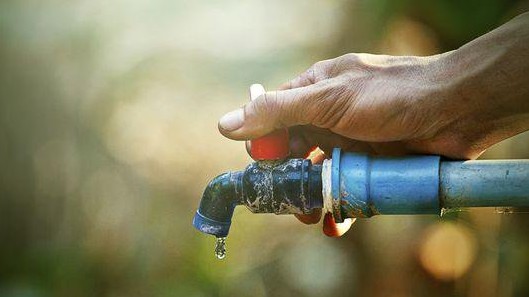 The ongoing drought in South Africa, which has decimated harvests and livestock and forced urban water restrictions, is providing a frightening glimpse of the climatic future experts predict for the country unless appropriate adaptation measures are introduced.

The African continent’s most developed nation is suffering one of its worst droughts since the 1930s, and the unfolding El Niño climate phenomenon, which warms surface waters in the eastern tropical Pacific Ocean, is exacerbating the situation.

The ensuing lack of rain and soaring temperatures have crippled agriculture and revealed how ill-prepared government and citizens currently are to respond to the fallout from severe climatic shocks.

In recent weeks record temperature highs of nearly 40 degrees have been reported in Gauteng province. In total five provinces have been declared drought disaster areas and some 2.7 million households are facing water restrictions.

Drought-induced crop failure is burning a multibillion-rand hole in the local economy, and threatening food security by making South Africa reliant on imports for staple foods such as wheat and maize to meet local consumption needs.

Grain SA estimates the country needs to import 770,000 tonnes of maize until the end of next April at a cost of R2.2 billion (€145.5 million). About R1 billion worth of wheat imports is needed to make up for shortfalls this year.

Grain SA senior economist Corne Louw explained that in South Africa only 8 per cent of staple crop production takes place under irrigation, so erratic rainfall during the important planting phase from October to December has an adverse effect on the whole growing season.

“Most large-scale farmers are looking at conservation agriculture systems to preserve moisture, but you still need rain or you will have nothing to preserve,” he said.

The organisation is especially worried about new black commercial and subsistence farmers, as they have little in the way of financial reserves to buttress them in the short term against the economic losses associated with poor harvests.

John Duckitt, a sheep and cattle farmer from Darling in the Western Cape Province said the drought was forcing him to continue buying feed for his 2,000 sheep and 300 cattle at a time when they should be grazing on grasses.

“We usually stop feeding the animals in April or May as grazing becomes available for the rest of the year, but the drought has taken it away. So we have kept buying feed and our input costs have ballooned by R400,000 or about €26,000,” he said.

While the consumer has yet to feel the impact of the poor harvest, Louw says big increases in staple food prices are imminent.

“Maize has gone up by 70 per cent and yellow maize by 52 per cent. The producer price index shows production processes are costing more, going up by around 39 per cent. This shows inflated prices are on their way for the consumer in a few months,” he warned.

In a semi-arid country like South Africa, the government should have contingency plans for agricultural and hydrological drought. The latter refers to a reduction in rainfall that flows into rivers and streams and into storage in dams and underground.

Mike Muller, the director general of the Department of Water Affairs and Forestry until 2005, said in an article he wrote for the state broadcaster, SABC, recently that government was failing to plan properly for the latter.

“To meet that target for the growing population of Gauteng, the country’s economic hub, a new dam must be built. The site has been chosen, the Polihali Dam, identified as Phase 2 of the Lesotho Highlands Water Project,” he said.

He added: “As so often in South Africa, the problem is not the plan but the delays in its implementation. According to the original planning, the dam should be completed by 2018. Given slow progress, my understanding is that it is now not possible for it to deliver water before 2024.”

Aging infrastructure is also causing massive waste through leaks. Minister of water affairs Nomvula Mokonyane said this month that seven billion rand worth of water is lost a year through leaking pipes, taps, and collapsing infrastructure, which accounts for more than 9 per cent of the country’s total water consumption.

Individual water use, which according to the department of water affairs accounted for 27 per cent of total usage in 2013, has also come under the spotlight as for the most part South Africans wash, flush their toilets and clean their cars with drinking water.

So too has agricultural irrigation, which accounts for 60 per cent of water use, as it needs to move towards more efficient technologies such as micro jet and drip irrigation.

The government has unveiled a range of short-term interventions recently to support water distressed communities and subsistence farmers, but critics say long-term measures to respond to a drought like this should have been established years ago.

In addition, South Africa’s Institute of Race Relations says the current water shortage is also an “induced one” stemming from poor strategic planning, a loss of skills, and poorly functioning waste-water treatment plants spewing close on four billion litres of sewage into dams and rivers daily.

The institute’s water expert, Dr Anthony Turton, wrote recently that official reports suggest only 5 per cent of the national water resource is at risk, but that a recent study by the Council for Scientific and Industrial Research found that two-thirds of the largest dams are polluted with dangerous bacteria.

The African National Congress-led government is being pressed to release its Blue and Green Drop reports, which contain an assessment of the water treatment plants and the quality of drinking water in municipalities. But to date the department of water and sanitation has refused to do so.