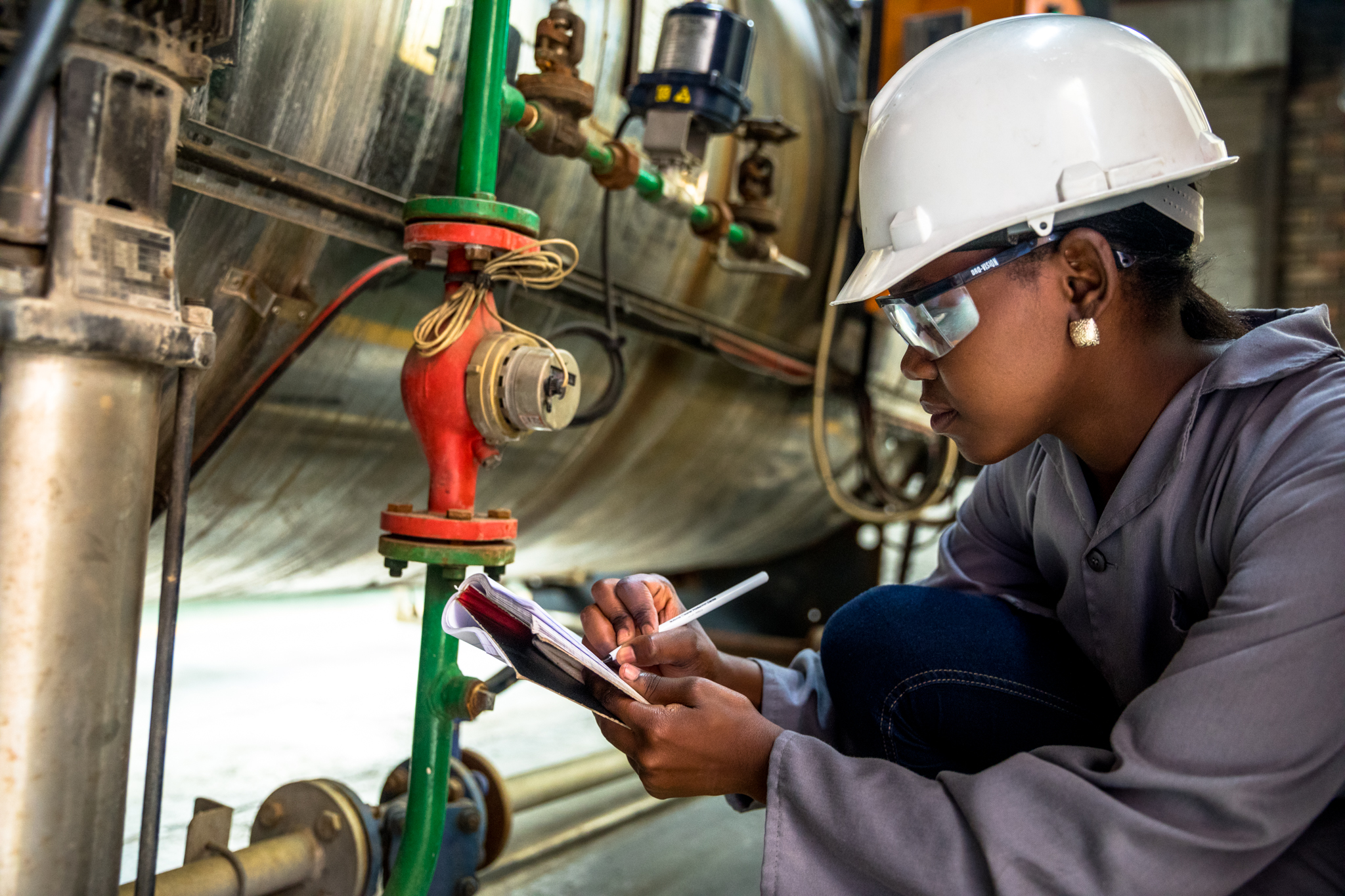 AEE members and executives from around the world responded with enthusiastic accolades when the summary of the IEE Project achievements was read by the chairperson of the awards committee.

The Industrial Energy Efficiency (IEE) Project, which has been led since 2010 by the NCPC-SA and the United Nations Industrial Development Organisation (UNIDO), received the award in recognition of its efforts of transforming the energy use patterns in South African industry, and mainstreaming energy management systems across economic sectors.

Since its first implementation projects in 2011, the IEE Project team has assisted industrial companies to save 6.5TWh of energy, translating to cumulative cost savings of R5.3 billion in these companies.

The AEE’s International Awards recognise achievements in energy around the world. According to the organisers’ official communication, the awards identify those who exemplify the very best in their fields, and recognize the important work that is being done by individuals, organisations, agencies, and corporations.

The IEE Project is currently its second phase, after the success of 2010-2015 allowed UNIDO to secure Global Environment Facility funding for phase II, set to run until December 2021. Other IEE Project phase II partners include the Department of Trade, Industry and Competition, which funds the NCPC-SA, the Department of Energy and Mineral Resources and its agency, the South African National Energy Development Institute (SANEDI).

According to national project leader and NCPC-SA spokesperson, Alf Hartzenburg, what sets this project apart is that it partners with and equips industry to tackle practical energy management in companies of all sizes.

“Recognises an energy management project developed and installed outside the U.S. The project is often recognised for its first-of-a-kind approach in the country where it has been installed. However, even more conventional projects with significant success (savings and/or visibility) are also encouraged.”

According to the AEE Awards criteria, the Energy Project of the Year: International, the SA IEE Project was entered by industry representatives after it was selected as the winner of the South African Energy Project of the Year by the Southern African Energy Efficiency Confederation (SAEEC), an official Chapter of the Association of Energy Engineers (AEE), in November 2019. The SAEEC is a non-profit association and the official chapter of AEE in South Africa.

“Through expert-level training of industry professionals, demonstration of actual impact and methodologies aligned to international standard ISO50001, the project partners have ensured that both the skills and the appetite exist to implement energy management.”

“The benefits are made clear in the energy savings, which result in direct financial savings on utilities and other energy sources, and we don’t leave the companies to go it alone, but support them with skills and financial linkages, where possible.”

Hartzenburg believes that the return to operations post lockdown offers companies an ideal opportunity to consider changes that will ultimately save them operating costs, thus aiding in the recovery process and long-term sustainability. “SANS/ISO 50001, the energy management best practice standard, actually saves companies money. We are offering companies technical support to comply with this standard, and even some financial support if they want to apply for certification through SABS.”

Hartzenburg says his team is particularly proud of the huge environmental impact of the project, “Energy savings, particularly in a fossil-fuel based economy such as South Africa, have a direct climate mitigation benefit – which is why the GEF has funded our second phase.”

Based on internationally accepted calculators, the NCPC-SA reports that energy saved by companies through the IEE Project has mitigated 6.4 million tonnes of carbon dioxide equivalent (CO2e) since April 2011 when the first savings were measured.

The Project has also ensured that companies receive all the support possible, and that the data collected works to help the South African energy and policy landscape as a whole. SANEDI is working with the information gathered through the NCPC-SA interventions, overlaid with relevant international and national energy trends, to inform energy and policy planning, including the adaptation of the National Energy Efficiency Strategy.

UNIDO’s Chief of the Energy Systems and Infrastructure Division, Rana Ghoneim, said that the award was an excellent recognition of the strong ownership, committed leadership and multi-stakeholder partnership driving industrial energy efficiency in South Africa.

“The programme has always been a great example inspiring other countries within the UNIDO global programme where its impacts transcend beyond South Africa.”

Energy management training is still being offered by the NCPC-SA, which has already trained in excess of 5 000 professionals at technical level and 200 men and women to be IEE experts. Many of the IEE training courses are currently being offered online, at no cost to industry delegates for the remainder of 2020.

The IEE Project has a strong focus on gender mainstreaming and promoting the participation of women in energy. To date, 43% of the professionals trained through the project were female.

The IEE Project also includes awareness-raising in its activities, as evidence strongly supports the idea that sustained energy savings are brought about through behaviour change. This active communication approach made the project an even stronger candidate for the AEE International Award which encourages projects with “significant success in savings and/or visibility”.

The IEE Project was launched in 2010 to assist industrial companies around the country to save energy and money, improve effectiveness and demonstrate the positive impact of energy management on GHG emissions.

The Project in South Africa was the first of its kind, and served as an international pilot project. The concept was developed by the United Nations Industrial Development Organisation (UNIDO) and the primary national implementer was the National Cleaner Production Centre South Africa (NCPC-SA), a programme funded by the Department of Trade, Industry and Competition (the dtic) and managed by the Council for Scientific and Industrial Research (CSIR).

The first phase (2010 – 2015) was a significant success and the model was used to replicate the IEE Project in other developing countries. Today, 17 other developing countries run IEE projects by UNIDO and country partners. The success also led to UNIDO and local partners securing funding for a second phase, which commenced in 2016. Phase II is funded by the Global Environment Facility (GEF).

The training of industry professionals is a critical component of the project, key to driving the sustained implementation of energy management. Together, UNIDO and the NCPC-SA developed internationally benchmarked courses with locally relevant content in energy management and energy systems optimisation.

Other noteworthy highlights (prior to the winning of the AEE Award)

The IEE Project is one of only two United Nations Framework Convention on Climate Change NAMA recognition projects from Africa. The NAMA – Nationally Appropriate Mitigation Action – refers to a set of policies and actions undertaken by countries as part of a commitment to reduce greenhouse gas emissions.

The Project also serves as custodian of the SANS/ISO 50001 Certification Register in South Africa.

Opportunities for participation and industry support

The IEE Project will run until December 2021, but even after this time, the work will continue through the NCPC-SA. Should companies wish to get support to realise energy and related cost savings, the NCPC-SA offers the following: