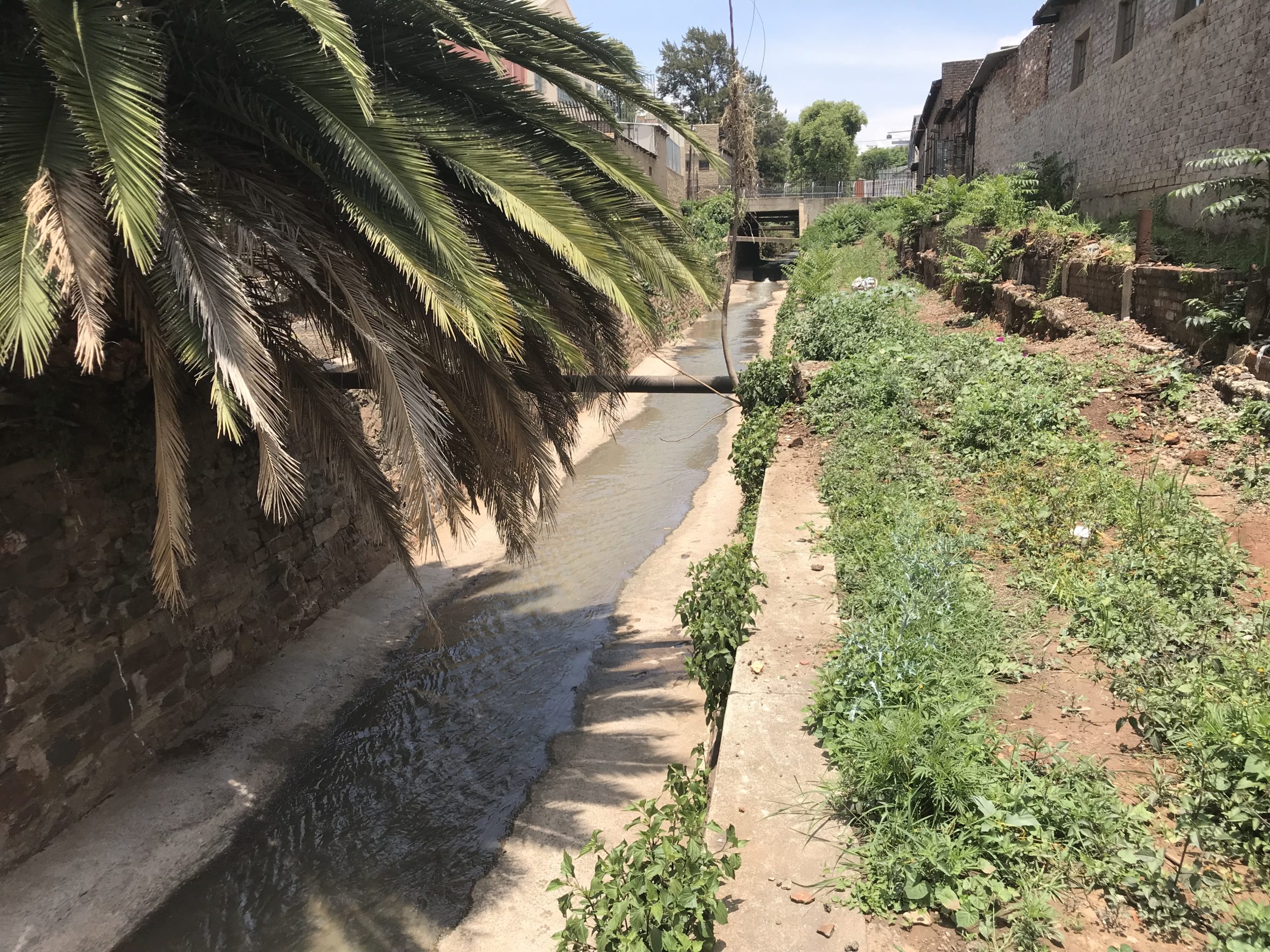 Starting at its source, exciting efforts to clean up the Jukskei River in downtown Johannesburg are gathering momentum – assisted by a range of organisations including SRK Consulting.

The public-private initiative is being driven by NGO Water for the Future, which SRK Consulting is supporting with specialised technical expertise on the gathering of data and the assessment of water sources, flow and quality.

“There has been a small but significant start made to collecting time series data from the water discharge in the Jukskei headwater channel,” said Lorentz. “A monitoring station has been installed including meteorological instrumentation – donated and supported by Campbell Scientific Africa – and an automatic water quality sampling device with integrated flow measurement instrumentation.”

He highlighted that this will allow automated data collection on rainfall, wind and temperature variables relative to the flow characteristics of the river and the quality of the water. Bureau Veritas has also partnered with the project to analyse the water quality of the automatically collected samples.

“This scientific data, together with associated stable isotopes of water, will provide a vital foundation for understanding the sources and possible pathways of the discharge and water quality species,” he said. “It will also be valuable for broader research efforts at universities and elsewhere to address similar urban water challenges around the country.”

Water for the Future – supported by seed-funding from Nando’s and Victoria Yards – is working with the City of Johannesburg to improve conditions for communities along the Jukskei. Stander noted that Johannesburg is also a sub-continental polluter, as the Jukskei carries the city’s pollution north into the Crocodile River, Hartbeespoort Dam and the Limpopo River; the project’s impact is therefore likely to be felt far beyond Gauteng.