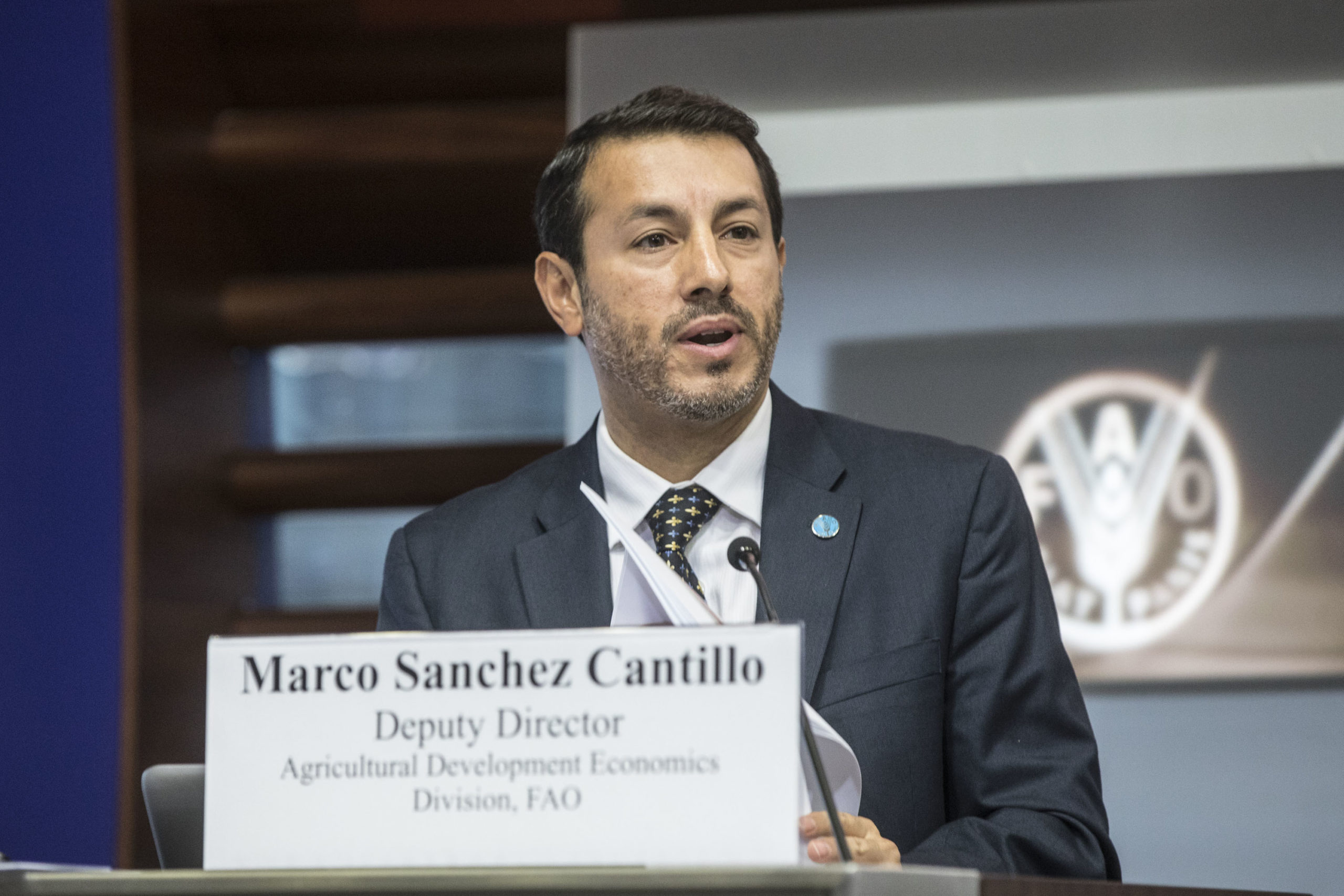 Many uncertainties haunt the world’s campaign to counter the Covid-19 pandemic, but one thing is now sure: Global economic activity will suffer greatly, with large-scale consequences for the incomes and welfare of all, but especially for the most vulnerable food import-dependent countries.

In the absence of timely and effective policy responses, this will exacerbate an already unwelcome increase in the number of people who don’t have enough to eat.

Last year The State of Food Security and Nutrition in the World, the SDG2 monitoring report that the Food and Agriculture Organization of the United Nations (FAO) produces in collaboration with other UN partners, warned that economic slowdowns and downturns helped explain rising undernourishment levels in 65 of the 77 countries that recorded such rises between 2011 and 2017. The International Monetary Fund has just slashed its global gross domestic product forecast by a huge 6.3 percentage points, making FAO’s analysis all the more relevant as part of a worldwide toolkit to prevent the health crisis from triggering starvation.

In January, the IMF anticipated global GDP would expand by 3.3 percent, but in April, when much of the world was shutting down to contain contagion, it issued a new forecast of minus 3.0 percent. Sub-Saharan Africa, a region that is home to the world’s highest hunger rates and where the average age is around 20 years, must now brace for its first recession in a quarter of a century.

Analyzing data of food supply since 1995, linked to FAO’s statistical development of the prevalence of undernourishment (PoU) indicator, and correlating them to past local economic trends in countries that are net food importers, we find that millions of people are likely to join the ranks of the hungry as a result of the Covid-19-triggered recession.

That number will vary according to the severity of GDP growth contractions, ranging from 14.4 million to 80.3 million depending on the scenario, with the latter figure a truly devastating contraction of 10 percentage points in all 101 net food-importing countries’ GDP growth.

The actual outcome could be worse if current inequalities in access to food are worsened – something that absolutely should not be allowed to happen.

The world is not facing food shortages, which is why FAO has from the pandemic’s outset advocated that all countries must do their best to keep food supply chains alive. With the new estimates emerging from a strictly economic analysis – based on food supply and availability and not other central pillars of food security – FAO is emphasizing that all countries must also foster measures to protect people’s ability to access food that is locally, regionally and globally available.

The nexus between undernourishment and economic performance was already driving the world away from the goal of eradicating hunger by 2030. FAO’s global PoU number has been rising since 2015, albeit slowly, ending decades of decline. It is now around where it was in 2010, and undernutrition affects one in nine people globally, with much higher rates in large swathes of Africa and Asia.

Governments are rolling out unprecedented fiscal and monetary stimulus to conserve economic capital and support safety nets for the newly unemployed. Many countries lack the tools to deploy such liquidity injections and public spending commitments. The international community must facilitate their capacity to act, while these countries must exert fiscal responsibility and objectivity to reallocate their own resources along with assistance to the most urgent needs that the Covid-19 pandemic has created. Health is the first priority, but sufficient and healthy food is a central part of the health response to the pandemic. Inadequate action will also severely weaken vulnerable populations for years to come. This would make the prospect of achieving the Sustainable Development Goals all the more difficult.

So not only must efforts focus on keeping food supply chains alive, but it’s imperative to focus on food accessibility for all. Governments have an opportunity to tackle this issue head-on by targeting the required official stimulus packages to the poorest and undernourished. Tools such as cash and in-kind transfers, new credit lines, safety nets, food banks, keeping school-lunch programmes alive can be useful.

Keep in mind that emphatically focusing on “have nots” will have a doubly positive effect, both helping those most in need and maximizing the impact of public resource outlays on maintaining the dynamism of demand.

There could be a third positive effect as well: Minimising outright hunger in ways that avoid food insecurity and malnutrition will reduce the long-term scars inflicted by the recession, fostering more vitality and less dependence in the future. Indeed, insofar as possible stimulus measures that tackle the current menace to food access should be designed with a view to start building the resilience of food systems to safeguard them against economic slowdowns and downturns in the future.