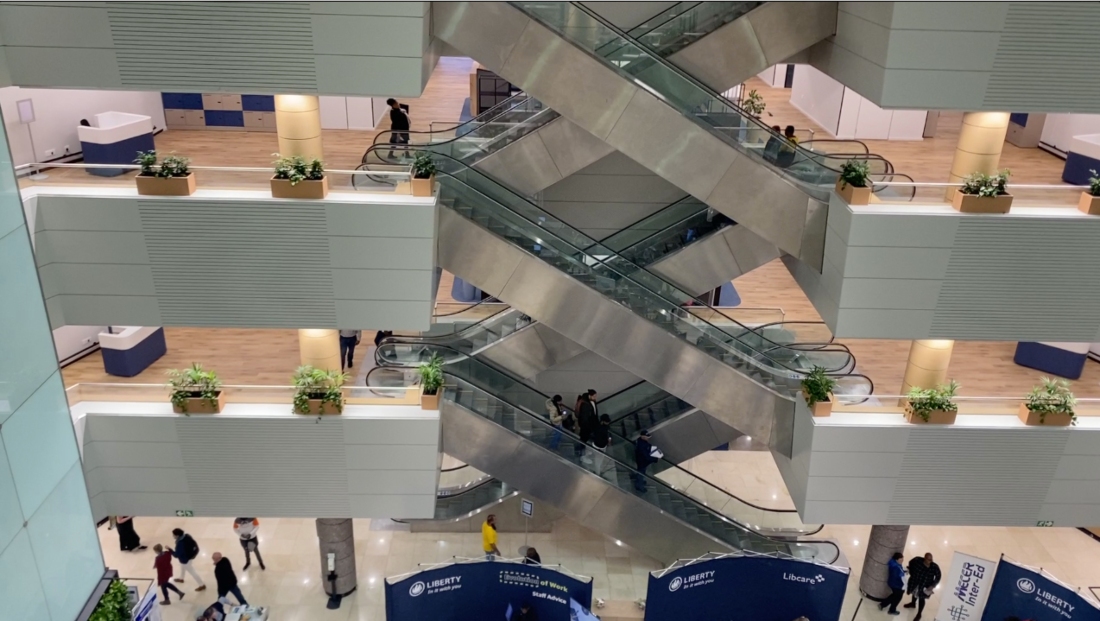 Liberty Braamfontein project delivered in record time, and under budget

A partnership between Nuvo Consulting, Tétris Design and Build and BDG – a London-based Workplace strategy and design company, are celebrating the notable feat of being three women-led companies to play a significant role in delivering one of South Africa’s largest office fit-outs to date.

Responding to the pandemic and shifts in workplace trends BDG designed a workplace strategy for Liberty. Nuvo Consulting was appointed by Liberty as the Project Cost and Construction Managers, and in partnership with Tétris, were tasked to do the detail design and fit out including repurposing of existing furniture and placing new furniture in 150 days.

Throughout the implementation phase, Melanie Heiberg – on-site Tétris Project Team Leader; Babalwa Solembela – Nuvo Construction Manager and QS along with Daleen Visagie – Nuvo Design and Engineering Manager, coordinated the efforts of around 230 contractors, of which up to 100 were women.

Sarene Nel, Managing Director of Tétris Design and Build South Africa says the involvement of so many women at every level of an organisation is encouraging and testament to the bright future young women have in creating inspiring spaces for people in any industry. “Taking in 41,000sqm over five floors and more than 25 types of workspaces, the successful completion of this project for Liberty is hugely gratifying. It’s a project made all the more rewarding because it involved the hard work, expertise, and creativity of hundreds of women and women-led businesses.”

Cathleen Bayne, Managing Director of Nuvo Consulting, adds to this reflection on success. “We were appointed by Liberty to deliver the entire 1 Ameshoff project, in Braamfontein, as a turnkey project, after a competitive tender, where Nuvo Consulting beat out 13 other bidding companies. Our team completed scenario planning and presented various delivery methodologies to Liberty which ultimately unlocked the project, and allowed us to deliver – in record time, and under budget.”

“To celebrate what may very well be a record number of women on site in a single project of this size, Tétris, in association with companies led by women, proudly put together a video of our collective efforts as a heartfelt thank you to everyone involved. We hope it serves as inspiration and a reminder of women’s remarkable achievements,” says Nel.