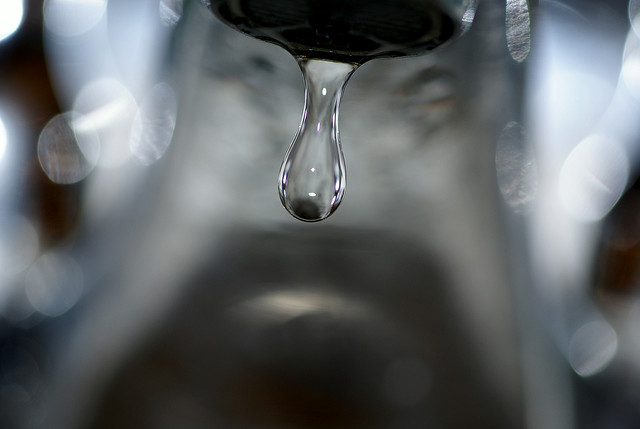 Durban – South Africans use 235 litres of water each a day compared to the international average of 173 litres – which is pushing the country into a water crisis that will, within a decade, rival the electricity catastrophe.
This is coupled with ageing infrastructure and a backlog of water delivery to communities because not enough money is being pumped into infrastructure.
This is the picture painted by the Institute of Security Studies in a report called “Parched Prospects: The emerging water crisis in South Africa” which was released last year.
The ISS focuses on all aspects of human security including poverty, development and resources.
The report said high use, coupled with waste, poor planning, abuse, and looming climate change, was creating the predicament.
In an interview Dr Jakkie Cilliers, a co-author of the report, told The Mercury that 60% of the 223 river ecosystems were threatened and 25% were critical.
“If we don’t start dealing with the water problem, we are going to get into a situation where the margins are going to get really tight and water restrictions will be severe.”
Cilliers said water management needed to be made a priority as there was insufficient capacity to build enough dams.
“Low and unpredictable supply coupled with high (and growing) demand and poor use of existing water resources make South Africa a water constrained country.”
With evaporation levels that are three times more that the low annual rainfall, South Africa is already the 30th driest country in the world.
He was doubtful about the policy interventions proposed in the latest National Water Resource Strategy. These included improving planning and management and increasing supply to meet growing demand.
“Unfortunately the government’s current plans to address our water inefficiency are not sufficient. There’s strong evidence of years of underinvestment in water infrastructure. As a result there is a backlog of communities who don’t have access to clean water coupled with the issue of ageing infrastructure,” said Cilliers.
Environmentalist Di Jones said the target for all South Africans to have access to clean water by 2030 would only be realised if water management was made a priority.
“I’m not against desalination and building of new dams, but I think we should first look at less costly measures to stretch the litres that we already have, and consumers must start saving water in their homes.”
Jones said upgrading the ageing infrastructure had to be a priority as it crippled the economy with millions of litres lost through leaks.
“Our dams need to be desludged to maximise capacity… Hazelmere Dam is said to be 37% full, but that’s not true because about 15% is sludge,” said Jones.
She suggested that industries and agriculture start using grey water instead of potable water.
A decline in demand is expected after 2035, but only in industry, thanks to the onset of renewable energy production which does not require water for cooling.
The municipal and agricultural sectors would increase demand because of rural-urban migration and the government’s plan to increase irrigated land by 33%.
To mitigate the strain on water systems, Umgeni Water has budgeted R5 billion for the next five years for six augmentation projects including raising Hazelmere Dam’s wall.
Also under construction is the R2bn Lower Thukela Bulk Water Supply Scheme.
“We are also looking into desalination, and feasibility studies have been conducted for two sites, in Lovu and Seatides (Tongaat),” said Umgeni’s Shami Harichunder.
Cilliers said desalination was costly at first and probably less viable because of the energy crisis. However, it would be beneficial to coastal areas and less expensive with new technology in renewable energy in the future.
Angela Masefield of the Department of Water Affairs and Sanitation conceded that some river systems were under strain.
“We are constantly monitoring demand to ensure that we can give citizens, industries and agriculture assurances that they will have water in the future.”
Besides climate change, Masefield’s other concern was the high level of non-revenue water lost through leaks, waste and theft.
In 2013 the WRC released a report on a study, conducted on 132 municipalities, which said about 36.8% of water use brought in no revenue. Of this, 25.4% was lost to leaks. This was similar to the estimated world average of 36.6% but was high in comparison to other developing countries.
“We sometimes find that even those who can afford to pay for water choose not to pay and then there are those who are ‘luxurious’ with water, resulting in the household usage being higher than it should be. This, coupled with illegal connections, results in the system being unstable,” said Masefield.
Source: IOL News