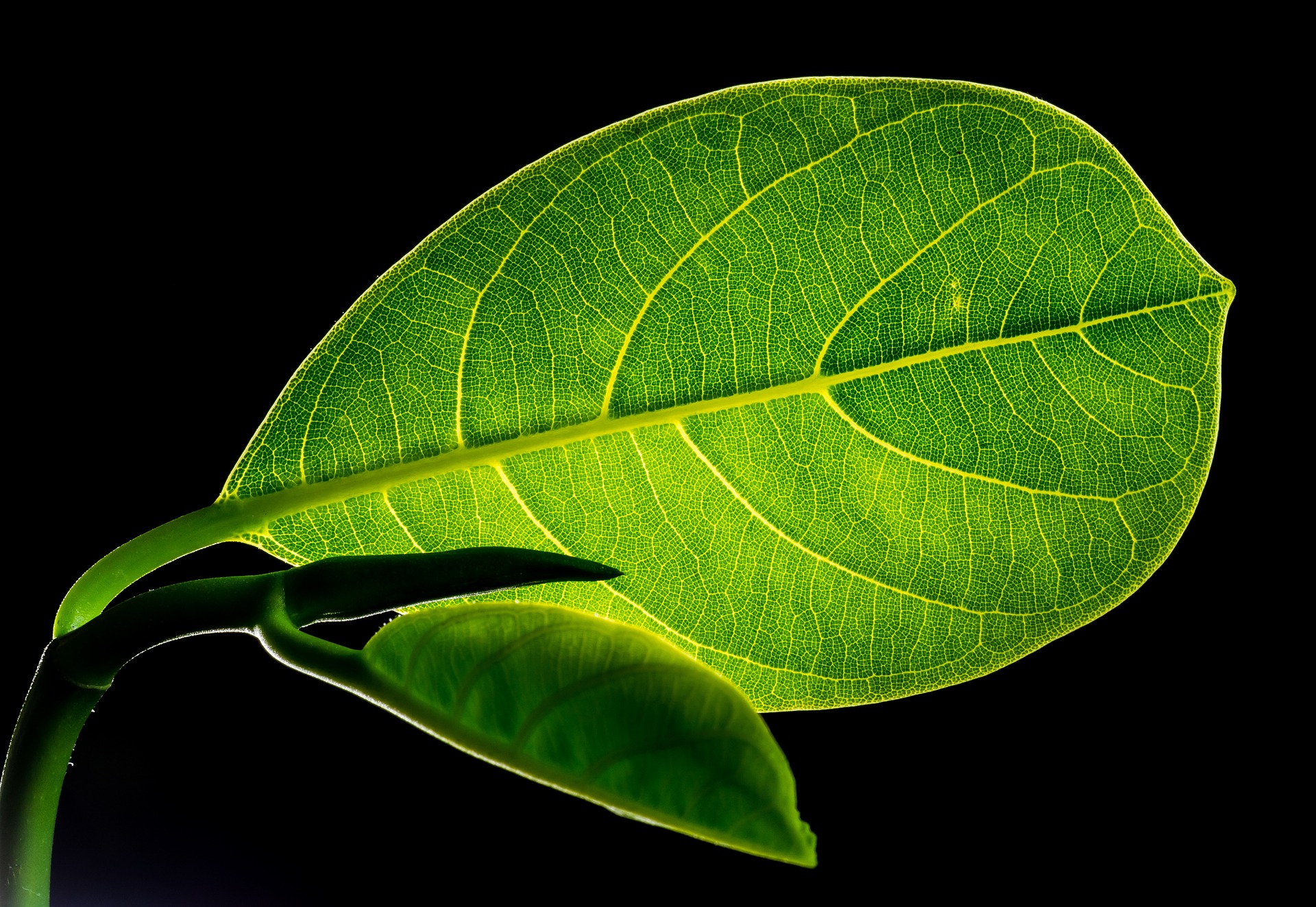 Threats to biosecurity, biodiversity and food security – are we doing enough?

The National Science and Technology Forum (NSTF) hosted a NSTF Discussion Forum on ‘Plant Health in South Africa – threats to biosecurity, biodiversity and food security’. It was an event two years in the planning and an extension of 2020 being declared the ‘International Year of Plant Health’ by the United Nations.

Plants are part of ecosystems – both causing an effect and being affected. Think of plants and the increasing demand for food, with the decrease of fertile land, and the interplay with climate change. Plant health is intrinsically linked to the survival of our planet and all that live on it. If we care about the eradication of poverty, the critical nature of food security, and the importance of nutrition, then we care about plant health.

For the NSTF Discussion Forum, Prof Michael Wingfield honed in on pests and diseases. Wingfield is a 2020 NSTFSouth32 Award Winner in Plant Health. He is currently advisor to the University of Pretoria Executive and was the Founder Director of the Forestry and Agricultural Biotechnology Institute (FABI) at the university. Wingfield is one of South Africa’s plant health stars, internationally recognised for his extensive research on insect pests and diseases of forest trees.

Pathogens and pests have a very negative impact on trees and will continue to do so, says Wingfield. Take Dutch Elm Disease where pathogens are carried by insects. It was introduced accidentally into Europe and North America and then caused devastation in the natural environment.

The movement of people and our products – travel and shipping – has resulted in pests and pathogens moving around the world. Wingfield says that, since 1980, 70% of new pathogens were likely introduced via the live plant trade. (Source: ‘Biogeographical patterns and determinants of invasion by forest pathogens in Europe’, New Phytologist)

The solution isn’t going to be shutting this trade down. Wingfield’s data shows that, as of 2016, global floral crops (such as cut flowers and flower bulbs) were valued at US$55 billion. The tree nursery crops (trees, shrubs and other hardy plants) were valued at US$35 billion. There needs to be a balance between controlling plants (that may carry pests and pathogens) and the needs of the plant industry.

Wingfield says solutions cover a wide range, for example:
• Selecting plants with resistance to the pathogens
• Innovative biological controls
• Chemical controls which can be used safely at times
• Quarantine
• Applying national and international policies which fall under biosecurity (ie the policy and regulatory frameworks for analysing and managing relevant risks to human, animal and plant life and health)
• Using DNA sequencing and the tools associated with it

Plant pathology (or phytopathology) is concerned with the inter-relationships of the pathogen and host, ecologically and in relation to the total environment, says Prof Wijnand Swart. It includes society – not only the impact on people but the effects from people’s political and economic decision-making and actions.

Swart is President of the Southern African Society for Plant Pathology and Professor of Plant Pathology at the University of the Free State, Bloemfontein. (See his projections on plant pathology over the next 50 years.) There is a range of potential future plant health technologies to consider. Think biosensors that identify pathogens in real-time. Or plant defense activators where biological agents modulate plant resistance. How about manipulating microbiomes for recruiting more effective microorganisms for biocontrol? The future looks interesting.

Swart emphasised a systems-thinking approach when it comes to plant pathology. We need to consider plant health on and across all levels (from climate change to DNA and even smaller) and the interplay between and across all the systems. This means that, within agricultural systems, it’s necessary to integrate efforts across the diverse components. This includes areas like weather modelling, pollinators, nutrients, soils, microbes, and plants.

Each component requires specialisation and, at the same time, needs to be seen as part of a larger system with the feedback loops that exist within systems. Focusing in on the components for plant health, consider the importance of climate change and weather modelling. Prof Sue Walker presented on ‘Use of Crop-Climate Models to Develop Advisories’. She is the Principal Researcher: Agrometeorology at ARC-NRE in Pretoria. (ARCNRE stands for Agricultural Reseach Council (ARC) Natural Resources and Engineering (NRE) (Soil, Climate and Water & Agricultural Engineering)). Models are essential for scenario planning with, for example, farming crops. Walker points out that temperature variation can cause a significant decrease of up to 20% in crop production and this needs to be managed.

Another highlighted area is that of pesticide use. Dr Roger Price, Research Team Manager at ARC, says that there is an escalating cost to the increasing application of pesticides. It ranges from environmental concerns to the build-up of insecticide resistance. He says it’s a crisis situation now – we can’t have production at all costs and just continue to spray. It just isn’t sustainable. We need to use the resources around us such as natural enemies. He notes that farmers will have to switch production or go out of business. Price presented on the ‘Threat of migratory and invasive insect pests to food security in South Africa’.

Jan Hendrik Venter, from the Department of Agriculture, Land Reform and Rural Development (DALRRD), says that even with legislation, pests are spreading at a tremendous rate. There is a battle being played out and we need more data, more detection, more scanning, and more collaboration with scientists. He says that we need multiple levels of collaboration and response – national, regional and global. (Venter presented on ‘Biosecurity and early warning systems’.)

Venter says pest notification is critical, and it involves all stakeholders, from individuals and local communities to country level. Many countries don’t want to reveal the existence of pests due to the negative effect on the economy, among other things.

In South Africa, there are some interesting developments around pest and disease notification for plants. An example is the surveillance app being built by FABI along with CropWatch Africa and the Information Hub, Innovation Africa. Prof Dave Berger, from the Department of Plant and Soil Sciences, FABI spoke on this. He is the 2016 NSTF Special Annual Theme Award Winner: Agriculture and Food Security.

Berger specialises in maize diseases. He and the various interdisciplinary teams are using artificial intelligence to create an app for identifying maize diseases from uploaded photos. They are currently improving on 75% accuracy. The app focuses on Grey Leaf Spot Disease but the aim is to expand the range of diseases and to scale the app countrywide.

The Natural Science Collections Facility (NSCF) South Africa focuses on preserved, non-living collections of plants, animals, fossils and fungi. It’s a network of 16 institutions, including museums, science councils and three university herbaria. South Africa also has Biodiversity Biobanks South Africa (BBSA). Here the scope is long-term preservation of samples, from frozen plant and animal tissues and DNA extracts to gene banks and microbial cultures. It includes agricultural biobanks. Prof Michelle Hamer says that BBSA is only really getting going now. Hamer is the Director of NSCF at the South African National Biodiversity Institute. She presented on the role these collections play.

So why do we need them? Hamer says that it’s about knowing what species we have, where they have been recorded, and how this has changed over time. The collections span over almost 200 years and historical data allows changes in distribution over time to be mapped. The data is an important resource. There are opportunities in a multitude of research areas, says Hamer, from conservation of threatened species to the rehabilitation of ecosystems. Think understanding the extent of invasive species or using the collections and biobanks as a reference for identifying biological materials.

Hamer says both the NSCF and the BBSA have been neglected, which is strange considering South Africa’s biodiversity. Biorepositories are a critical foundation in plant health yet their importance is poorly understood by decision-makers, funding agencies, public and even the research community.

What else can be done?

Wingfield noted that there should be more focus on global collaboration – that there is a good example to be seen with the international cooperation around Covid-19. Swart sees major opportunities in using Big Data for unprecedented gathering and analysis, as well as the need to investigate anti-microbial resistance further. The latter is a challenge that is growing in significance.

Swart says the One Health approach is becoming even more necessary for future plant pathologists as the need for further integration across human, animal, plant, and environmental health sectors grows. One Health represents the collaboration of multiple disciplines working to achieve optimal health for people, animals, plants, and the environment.

Prof Robin Crewe is the 2019 NSTF-South32 Lifetime Award winner. He presented on ‘Are there enough honeybees for sustainable food production’. One of the key concerns is that provision of pollination services depends on a single bee species, the Western honeybee. Furthermore, we can’t manage the problem currently as we have almost no strategic data (eg colony density).

Dr Candice-Lee Lyons presented on ‘Managing the risks to biodiversity using insects: Biocontrol in South Africa’. She is from the Biological Sciences Department, University of Cape Town and the School of Life Sciences, La Trobe University, Victoria, Australia. Biocontrol focuses on introducing natural enemies to control invasive weed densities. Lyons says it is about a long-term self-perpetuating solution that is sustainable, environmentally non-damaging, and relatively inexpensive.

Prof Willem Boshoff is an Associate Professor: Plant Sciences, Faculty: Natural and Agricultural Sciences, University of the Free State. He presented on ‘Disease resistance in small grain cereals: The South African approach’. The focus was on rust diseases.