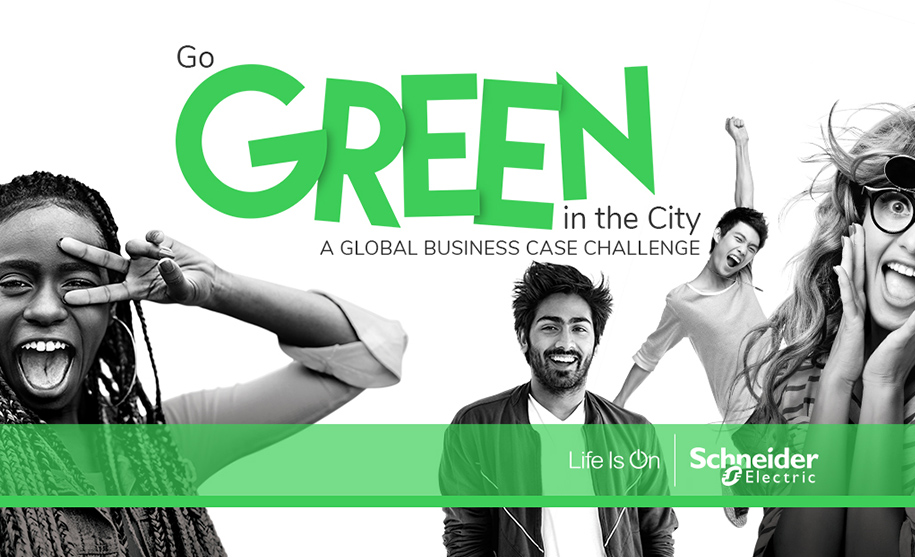 Students from around the globe are invited to submit their innovative and bold ideas on energy management and automation for a smarter and more sustainable future. The company announced the top eight teams on 10 August 2020. They will present their ideas and compete against each other during the finals on 10 September 2020.

Showing the company’s deep commitment to diversity and inclusion, the 2900 submitted projects were chosen from Asia Pacific, North America, South America, China, Europe, India, and the Middle East & Africa. Teams were also asked to include at least one female, to encourage more balanced gender representation.

Winning first runner-up for Middle East & Africa was a team from Nigeria – Daniel Alumona and Esther Mbabie from the University of Ibadan. Having previously entered a different competition only to have their prototype fail at semi-finals, these two rising stars saw the Go Green competition as their chance to show their innovation – WakaGen – to the world, with the support of Schneider Electric.

WakaGen is a mobile energy harvesting product in the form of “tiles”, that enable the production of electricity with each footstep taken on them. Essentially WakaGen tiles convert the footsteps of people, as they walk on them, into storable and usable electricity.

“I believe in our solution’s potential in helping to solve the power problems in Nigeria, and I wanted the world to see it”, commented Alumona. After integrating digital functionality into their product, the team entered into the hybrid category for digital and sustainable energy and were named the best in Anglophone West Africa.

“We are thrilled to see that the youth of today is rising to the energy challenges of tomorrow,” comments Siphumelele Nhlapo, Human Resources Director Anglophone Africa. “While Africa has abundant renewable energy resources to aid our sustainability efforts, we are also facing a rapidly growing population. If we are to combat climate change, our future leaders need to be innovative in how they solve problems. This competition has once again shown that there are skilled youth in Africa who are ready to put their solutions to the test.”

Despite their strong and viable solution, the Nigerian team was topped by Egypt, with the top teams selectric as below, overcoming increasingly tough global competition:

The finalists, supported by their Schneider Electric mentors, are now gearing up for the global digital finals, the ultimate stage of the competition. The teams will pitch their bold ideas in the form of business cases to an executive jury composed of eight Schneider Electric leaders from around the world. The teams will also participate in a pre-show event hosted digitally by Schneider Electric where they will attend career talks, presentations on innovation and incubation and a candid talk with the Group’s top management leaders.

All teams will be interviewed with the possibility of working at Schneider Electric. The winning team will be invited to an all-inclusive trip to Boston, USA where they will visit the Schneider Innovation Hub. They will also be invited on a personalised tour of MIT and Greentown Labs, the largest climate tech start-up incubator in North America. “Our skills and expertise grow with every challenge and every opportunity. Although we would have loved to make it to the final round of this competition, I know that great things lie ahead now that our solution has been validated and showcased,” concludes Alumona.