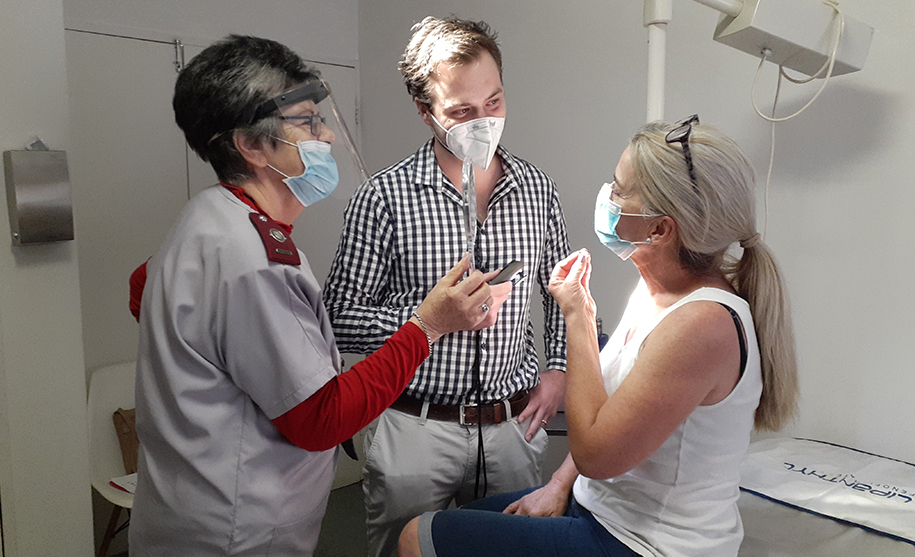 Triomf Clinic – the trailblazing charitable medical service programme founded, overseen, and in large part sponsored by Atterbury Trust – is celebrating six years of providing quality care to some of the most vulnerable members of the communities surrounding the Pretoria West clinic.

According to Zahn Hulme, executive trustee of Atterbury Trust, which is one of the key role players responsible for the establishment of Triomf Clinic, the programme was the result of a collaboration between a group of medical professionals and caregiving establishments that identified a dire need for specialised care among Pretoria’s most impoverished communities.

“From the outset, the aim was to establish a platform that could serve as infrastructure for medical practitioners to provide their services free of charge to those in need. Initially, the main focus of the clinic’s services was children and the elderly, but the vision has grown to include the establishment of a comprehensive community service that provides specialised medical and related services to those in need,” Hulme explains.

Since its opening on 23 July 2014, the clinic has become a cornerstone of compassionate care in Pretoria West and surrounds, offering exceptional care that is free of charge to patients without medical aid. To date, more than 2,000 individuals have received specialised care from medical professionals who donate their time and skills to serve these patients after they’ve been referred by Triomf Clinic’s board-approved charity organisations.

The success of the clinic’s treatment model is based on the fact that patients are referred by charities who are associated with Triomf Clinic. MediMass together with Ricomed is currently working to streamline this process even further by developing an online booking system that referring practitioners will be able to access with proprietary code.

However, the project is of such a nature that interest groups can participate and become involved in the Triomf Clinic at any time, whether to provide services or donate equipment or expertise. The possibility is also being opened to expand the clinic to include forensic social work and counseling services in the future.

“Atterbury Trust is very proud to be associated with a project that has done such meaningful and amazing work for the past six years, and we look forward to being instrumental in helping it grow, thrive, and develop even more in years to come,” says Hulme.