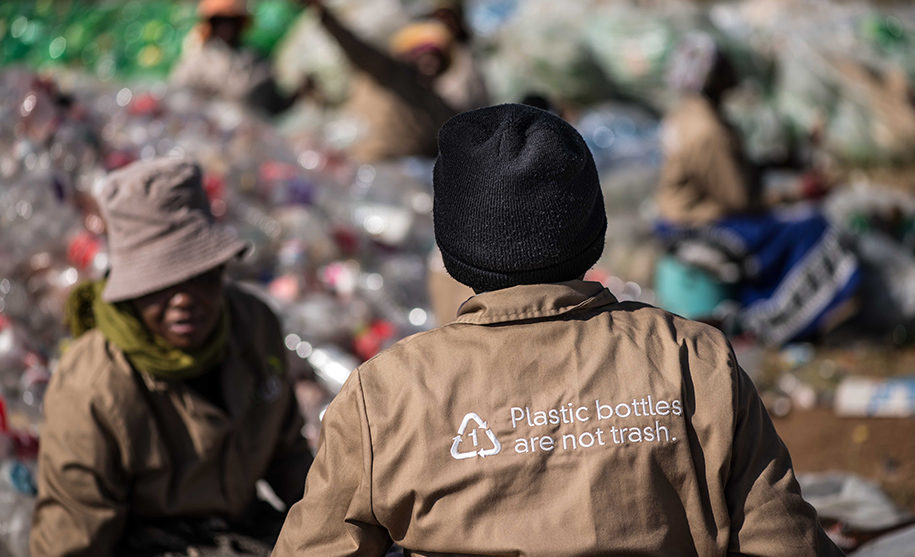 A unique recycling pilot programme in Joburg has delivered welcome results for a sector brought to its knees by the coronavirus lockdown, with informal reclaimers now returning to work after months of enforced quarantine.

Data shows how the programme not only boosted the city’s recycling rates and the number of households which actively recycle, but also created much-needed income opportunities in the informal sector.

Supported by organisations* including the national body for PET plastic bottle recycling, PETCO, and the African Reclaimers Organisation (ARO), work on a pilot programme titled “Building an Inclusive Circular Economy: Recycling with Reclaimers in Johannesburg” began in earnest in mid-2019.

The pilot kickstarted in Auckland Park and Brixton – with more areas now expected to follow suit on the back of the project’s success. The relationship-building initiative follows in the wake of reclaimers’ reports that they are often harassed, ignored and misunderstood by residents.

It began with a survey** of 50 reclaimers participating in the pilot in Brixton and Auckland Park to identify the working standards of the city’s informal recycling collectors – called “reclaimers” for their work to reclaim the value of items which would otherwise end up in landfills.

Before the survey PETCO donated 100 000 clear plastic recycling collection bags – made from 100% recycled content – to ARO members to distribute to residents in their collection areas.

Among the findings, the survey – which formed part of a “baseline study” – noted that 66% of the reclaimers said that providing households with clear plastic bags for recyclables increased the number of agreements they had with residents to save recyclable materials for them.

Further solidifying the reclaimer-resident relationship was a donation earlier in March this year of 400 recycling wheelie bins by Safripol – a manufacturer of high-density polyethylene and polypropylene plastic – which reclaimers in Bordeaux handed over to residents there.

“These reclaimers are entrepreneurs and extremely proud of the work they do,” said Belinda Booker, PETCO’s collections and training project manager. “They are up at 3am and walk long distances to collect recyclables. Not having to scratch through bags of general waste means they can collect more and earn more, with dignity.”

A resident, Angela Schaerer, who has been mobilising members of the Bordeaux South Residents Association, said many fellow residents were not actively separating materials or recycling materials before the partnership with the reclaimers was established.

“Now we have an easy way to do this while supporting industrious people who help our environment,” said Schaerer, adding that information about the programme was shared via WhatsApp, pamphlets and email newsletters and residents were seeing the benefits of a cleaner suburb thanks to the initiative.

“Previously, residents tended to ignore or harass reclaimers. Now people greet reclaimers, separate materials for them, provide refreshments, and take time to learn more about their work and their personal stories.”

Since last year, the ARO has embarked on an awareness and information campaign in support of the recyclables separation programme, with workshops and clean-up activations at schools, universities and community events, ARO organiser Eli Kodisang said.

“Having a personal relationship [with reclaimers] makes residents more willing to separate their materials, as they understand the difference it makes to the daily life of the reclaimer and her or his family,” Kodisang said.

According to David Drew, a board director of PETCO representing brand owners, the pilot programme also meant that the materials collected were “cleaner and, as a result, easier to recycle”.

“Separation in the home is something that everyone can do. This is an organic African solution and deserves our support,” said Drew.

* The pilot project is being conducted in the Johannesburg suburbs of Brixton and Auckland Park. It is the joint initiative of the African Reclaimers Organisation (ARO), Unilever, and the University of the Witwatersrand, with additional support and sponsorship from PETCO, POLYCO, The Glass Recycling Company, Fibre Circle, Packaging South Africa,  Auckland Park Ressidents Association, and the Brixton Community Forum.** The survey formed part of a “baseline study”, undertaken from June to November 2019 by Social Survey Africa, looked to establish measures of impact for the pilot project which aims to test a new approach to reclaimer integration and separating recyclables at household level, in which reclaimers are responsible for providing a separation service and are paid for doing so.

Highlights of the baseline study were prepared by Wits University academic Dr. Melanie Samson, who has researched waste, reclaimers and recycling for almost two decades. She notes that the pilot programme is significant for two reasons:

–  It is the first project in South Africa that is developing a mechanism to integrate individual reclaimers. As the majority of reclaimers do not want to join cooperatives and according to CSIR 92% of waste cooperatives in SA fail, it is crucial that we find other ways to integrate reclaimers.

– It is the first project in South Africa to pilot paying reclaimers for the collection service that they provide.

Highlights from the study noted by Samson included that:

– The provision of clear recycling bags for reclaimers to give to residents, donated by PETCO, “made a significant difference”;

– Plastic bottles were most important to reclaimers, but were the items least separated out by residents;

– Residents earning over R7,000/month were more likely to separate their waste than those earning less (68% vs 32%); and

“The pilot has the potential to increase volumes of recyclables collected, improve relationships between residents and reclaimers, and improve reclaimers’ incomes and working conditions. The pilot will also provide important insights into how to design separation at source programmes that include reclaimers.”