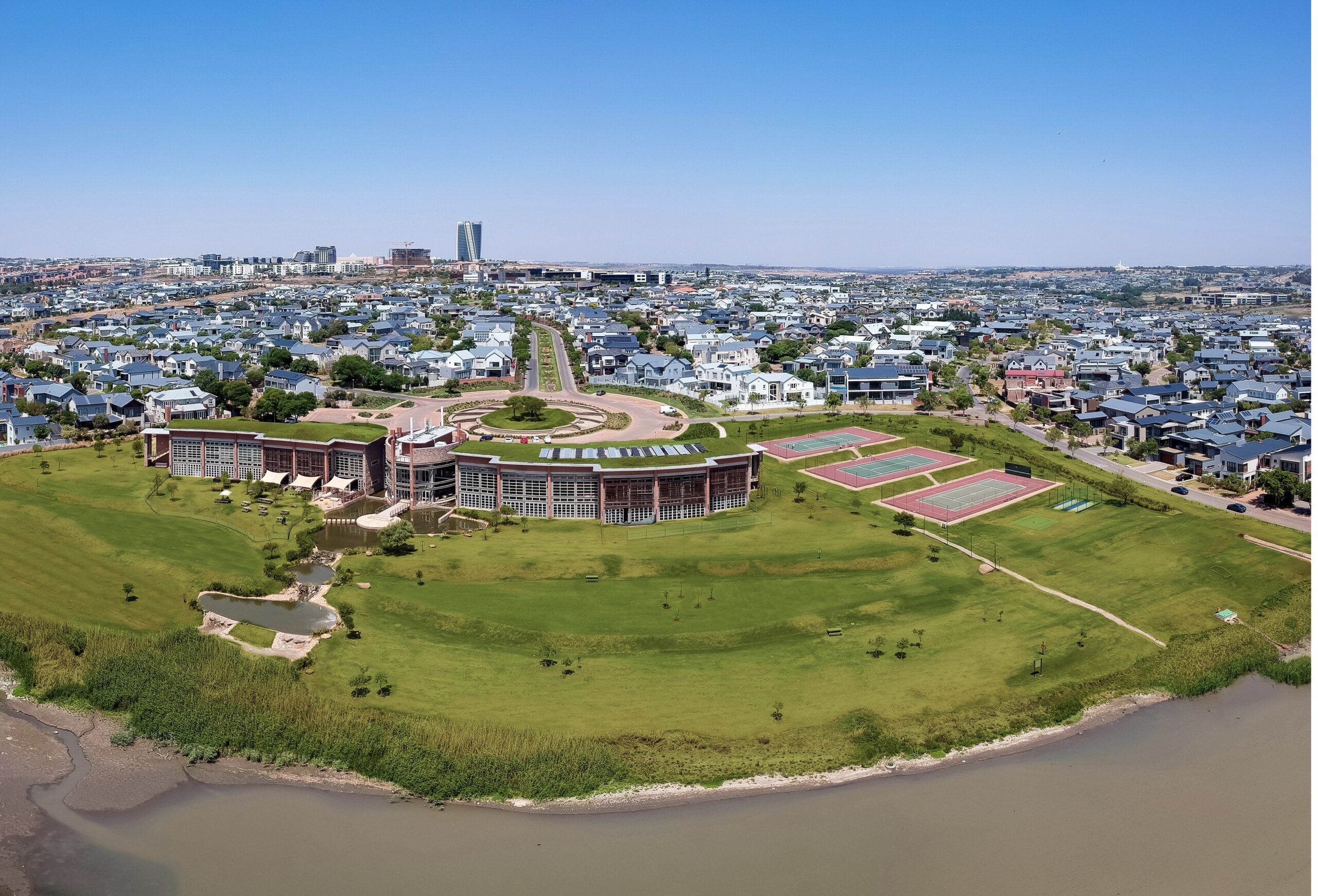 A Smart City where you can build a meaningful life in an inclusive community.

Waterfall City today hosted an exclusive tour of the award‐winning 2 200-hectare Waterfall precinct to celebrate the launch of its official rebrand to ‘Waterfall City’. Guests were given a guided tour of Waterfall City, including stops at several of its iconic sites, each of which revealed an aspect of the city’s newly launched cornerstones: Connection, Commerce, Care and Community.

Over the past decade, Waterfall City has emerged as a world‐class metropolitan city offering an attractive lifestyle in a smart, safe, secure and connected environment. It has become synonymous with residential excellence and has grown into the economic hub of Gauteng.

Willie Vos, CEO of Waterfall Management Company, says; “Waterfall City is an award-winning mixed-use precinct that continues to surpass expectations. By formally including ‘City’ in our name, we can now emphasise the true purpose of the development, which is to bring people together in a dynamic urban environment, where they can thrive – a world-class Smart City with so much to offer. We look forward to this new chapter in our journey.”

A City of Connection: Waterfall City is a place where you can connect all aspects of your life, be it living, business or leisure. This cornerstone speaks to the City’s convenient location, future-proofed infrastructure, world-class fibre optic and wireless communication network, as well as impressive road network and range of public transportation options.

A City of Commerce: Waterfall City, in the economic heart of Gauteng, is the hub of choice for international and local blue-chip brands in leading industries. This cornerstone covers the City’s commercial developments: office buildings and business parks, retail centres, logistics and distribution hubs, and four hotels.

A City of Care: Waterfall City is a stable, robust environment where business and communities can flourish; a City that cares for its people and the planet. This cornerstone is all about safety, sustainability, healthcare and well-being – and the fact that it is a Smart City, striving to improve the quality of life for its citizens.

A City of Community: Waterfall City is home to multiple residential estates in an inclusive community, where diversity is celebrated and learning and community building are encouraged. This cornerstone encapsulates the concepts of multi-generational living, education, and the fact that Waterfall City is a lifestyle destination. It also incorporates their SRI programme: Waterfall City Cares.

While these fundamentals have always been integral to the Waterfall City offering, articulated in a brand strategy, they now underpin a common set of values and ambitions for the community. As a result, Waterfall City has positioned itself as a mindful partner in Gauteng’s residential and commercial ecosystem. It has been developed such that its residents and clients can integrate every aspect of their lives to create a thriving community.

Jackie van Niekerk, CEO of Attacq, concludes: “Waterfall City’s award-winning hub of collaboration, innovation, sustainability and best-in-class infrastructure with access to great amenities forms a central part of Attacq’s growth strategy and has rapidly developed into a true lifestyle and blue-chip business destination between the metropolises of Johannesburg and Pretoria. This brand launch represents a major milestone for us and is one we are very proud of. The Waterfall City cornerstones of Connection, Care, Commerce and Community will provide a compelling living, business and leisure proposition that is a clear solution to residential, commercial and logistics needs.”