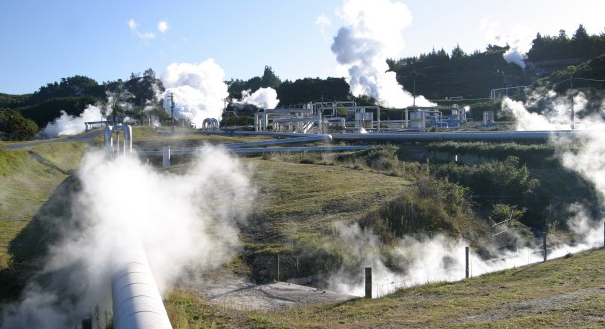 How can oil, gas and renewables projects co-exist in Africa?

This year has already seen bold announcements from supermajors who are setting out their respective roadmaps to become carbon-neutral energy companies by 2050. BP, Shell and most recently Total have all pledged to reach the goal of net-zero emissions. Whilst low or zero-carbon energy may seem incongruous in the context of traditional fossil fuels, increasingly IOCs and large independents are utilising technologies to help significantly reduce carbon emissions. E&P operations, particularly in remote regions of Africa, can harness renewable energy sources to power and develop their operations.

Falling technology costs have made renewable energy a cost-effective way to generate power in countries all over the world. Despite the tremendous efforts that have been deployed at national and regional levels, 580 million Africans still do not have access to modern sources of electricity. A strategic partnership between the International Renewable Energy Agency (IRENA) and the United Nations Development Programme (UNDP) is working to solve this challenge by unlocking the capital necessary to help Africa realise its full renewable energy and economic potential.

IRENA’s Scaling Up Renewable Energy Deployment in Africa shows that Africa has the potential to install 310 gigawatts of clean renewable power, or half the continent’s total electricity generation capacity, to meet nearly a quarter of its energy needs by 2030. Working together, IRENA and the UNDP (through its Africa Centre for Sustainable Development) recently co-presented the case for unlocking renewable energy potential in Africa through increasing investments flows.

IRENA continues to work on ways to support Africa in its energy transition journey, which include the Climate Investment Platform (CIP) – an initiative that is now open for registrations from project developers and partners. CIP is designed to scale up climate action and catalyse the flow of capital to clean energy initiatives. The platform will add significant value to Africa’s efforts to increase the share of renewables in its energy sector, as it serves to facilitate the matchmaking of bankable projects with potential investors, as well as to enable frameworks for investment by promoting multi-stakeholder dialogues to address policy and regulatory challenges.

Like many regions and continents globally, the question of the energy mix is not one of yoking policy to just one or two specific energy sources, which is certainly the case in many African countries. South Africa, for example, still possesses huge reserves of thermal coal which support a large part of the population in terms of employment and electricity generation.

The attractiveness of numerous offshore E&P assets for oil production is evident from the increase in global investment in East, West and Southern Africa. Meanwhile, natural gas has the potential to unlock economic empowerment in places like Mozambique and Tanzania. Renewable energy can complement and form an important part of the energy matrix, especially given Africa’s abundant resources which include solar, wind, tidal and geothermal potential.

Future investment into low-carbon energies for Africa has the potential to co-exist with existing upstream E&P projects, which can accelerate renewable energy utilisation along the value chain and significantly reduce those key Scope 3 emissions on which energy companies are now focused. It is vital to remember that the industry is travelling along with an energy transition – not a rapid energy switch – whereby carbon emissions will reduce over time, navigating the limits of infrastructure and access to investment capital along the way.

The Finance Forum will return to AOW in 2020. Join us as we explore current trends across funding, predict market outlooks and tackle obstacles restricting you from securing capital.

The Future Energy Series: Africa is a brand-new day-long event running alongside Africa Oil Week in 2020. Join us and our soon to be announced energy transition experts as we explore how Africa’s bountiful natural gas reserves will act as a lever to bring cleaner, sustainable and efficient energy.