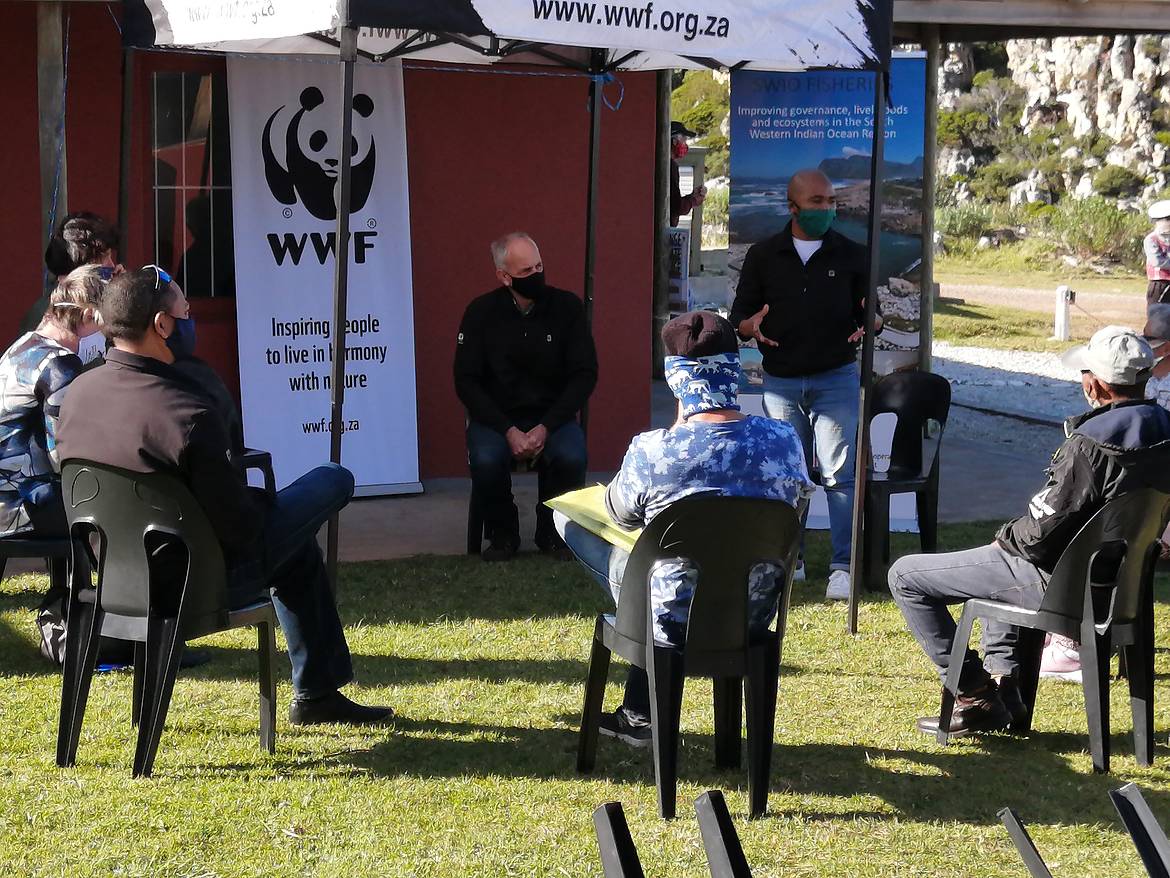 WWF and DEFF work together to aid local fishing community

For this year’s Mandela Day, the Department of Environment, Forestry and Fisheries together with WWF South Africa addressed the concerns of local fishers in Kleinmond. On July 18, the minister, Barbara Creecy, met with some members of Kogelberg’s fishing community in a safe place that allowed for social distancing.

“The small-scale fishers along the coast of our country have been hit hard by the economic and social effects of Covid-19. This group was affected long before other communities felt the impact of the pandemic. From as early as February this year, fishing communities were unable to sell their catch in many Asian markets,” the minister said.

For the last eight years, WWF South Africa has continued to support families that have been affected by the Covid-19 pandemic. These families rely on the ocean’s natural resources for their livelihoods. Working together with their partners, WWF South Africa to put together food vouchers and care parcels that were distributed to more than 90 members of the Kogelberg fishing communities and their families.

WWF South Africa CEO, Morné du Plessis, acknowledged the hard times this community had been experiencing and their willingness to work with WWF and said that the Mandela Day activity was one small way in which WWF was able to show care and support.

“WWF has a deep and longstanding relationship with the small-scale fishers of the Kogelberg whom we know to face many day-to-day challenges, but who have also shown enormous willingness to work with us to protect the rich marine life on their doorstep,” du Plessis said.

The biggest challenge that these local fishers face is the dwindling resources that they have relied upon. Without any effective management, these resources will continue on a downward spiral.

In order to address these issues, WWF South Africa has worked with communities from the Kogelberg in the Western Cape and Hamburg in the Eastern Cape. In 2019, the organisation managed to secure funding assistance from the Government of Flanders and BMZ. This has continued the work that had began in 2012.

WWF South Africa was grateful to the organisations and individuals who came together to support the struggling community.

“We would like to extend thanks to them: DEFF, Coca-Cola, Gift of the Givers and Spar, as well as the project funders of WWF’s work in the Kogelberg small-scale fishing community – BMZ and the Government of Flanders – and a few of our very own WWF Pandas who supported this initiative with donations and time,” the organisation said.