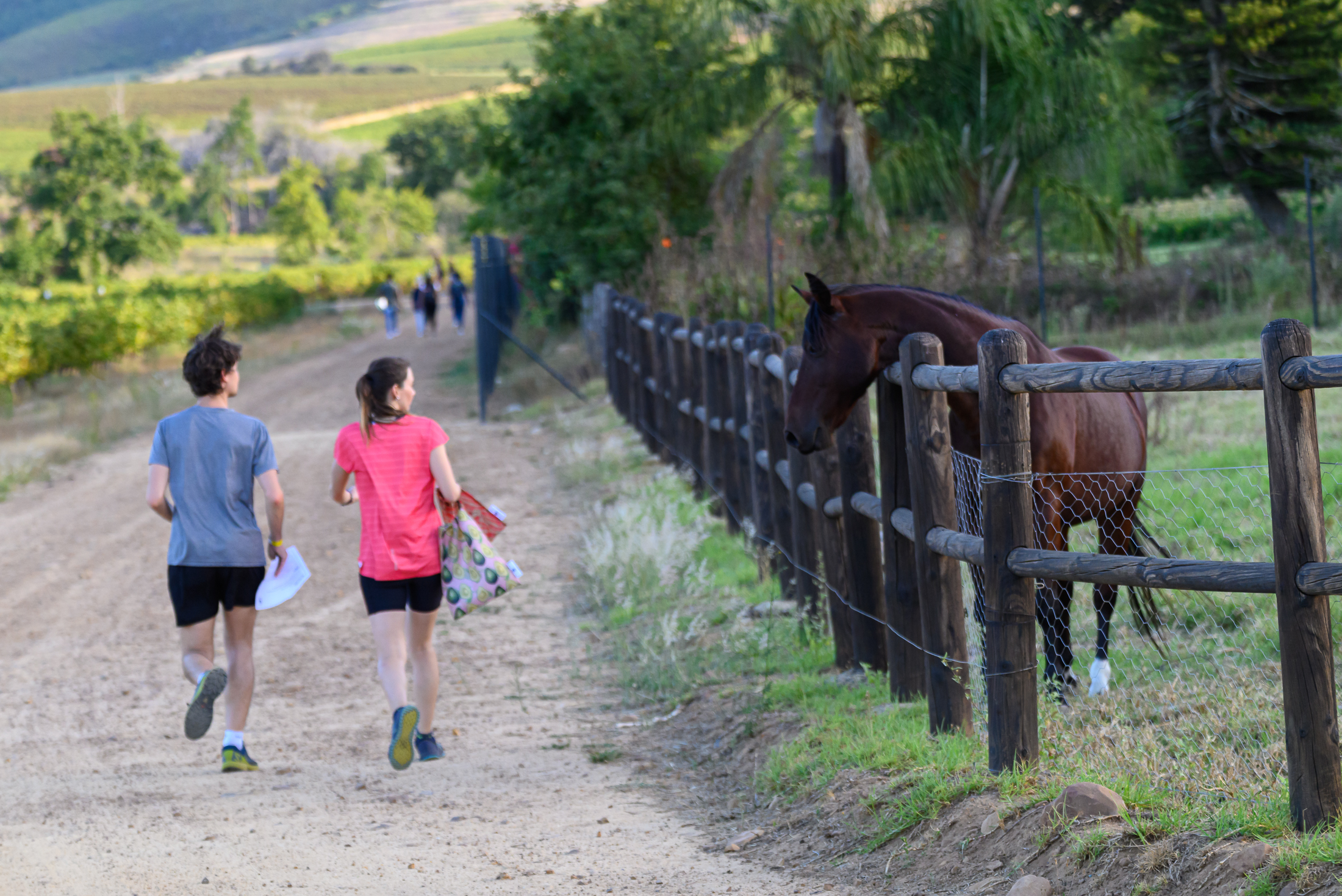 Adventure run participants enjoyed the outdoors, while dashing through the majestic Plaisir de Merle Wine Estate, one of WWF South Africa’s Wine Conservation Champions, situated at the foot of the Simonsberg mountain between Paarl and Franschhoek.

They were participating in this past weekend’s WWF South Africa’s Earth Hour Adventure Run.

Families and friends joined millions of people around the globe and got into the spirit of Earth Hour by participating in this much-loved orienteering-style adventure dash.

Participants, both young and not so young, navigated their way to hidden checkpoints dotted across the picturesque wine farm.

WWF South Africa’s Head of Business Development, Justin Smith, said the Earth Hour Adventure Run which was launched as a unique event in the Cape Peninsula as part of the annual Global Earth Hour movement was now back after the lockdown temporarily shut it down.

“The Adventure Run provides a breath-taking experience of diverse and rich fynbos vegetation, a wide variety of exotic bird and small buck species, all while getting your adrenalin pumping in support of our planet,” says Smith. “We are excited to be able to host this event again”.

Earth Hour was started in 2007 by WWF and partners as a symbolic “lights-out” event in Sydney to raise awareness of climate change. Earth Hour is now one of the largest grassroots environmental movements held on the last Saturday of March when supporters in more than 190 countries switch off their lights for 60 minutes at 8.30pm local time.