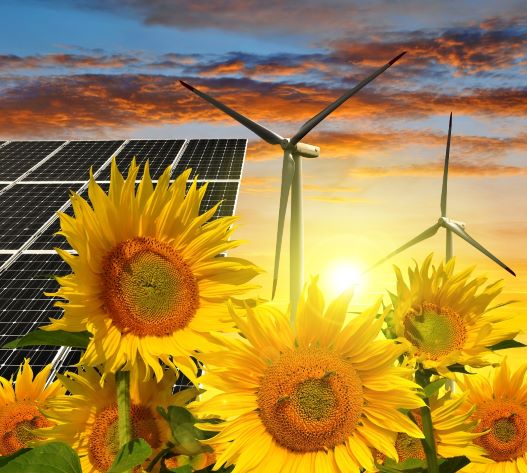 Youth must energise with 4IR skills to build a better world

The gauntlet has long been thrown – students of the 21st century must ensure they’re equipped with the relevant skills for the Fourth Industrial Revolution (4IR), to grasp opportunities in the future. This is according to the South African National Energy Development Institute, (SANEDI).

Barry Bredenkamp, General Manager for Energy Efficiency and Corporate Communications at SANEDI says South Africa’s youth are heading for a workforce that is facing heavy disruption, not least due to the Covid-19 pandemic, but because of the digital industrialisation which has been characterised by Artificial Intelligence and 4IR.

According to the International Renewable Energy Agency (IRENA) Renewable Energy and Jobs Annual Review 2019, in Sub-Saharan Africa, direct employment in projects under South Africa’s Renewable Energy Independent Power Producer Procurement Programme more than doubled from 17 800 job-years in 2014 to 36 500 by mid-2018, with the majority of these held by people from local communities.

Such opportunities in the construction phase, which have helped create a small domestic wind and solar manufacturing industry, augur well for job creation in the renewables sector, highlighting the need to produce skills to meet the demand.

Bredenkamp adds, “Skills for the future energy requirements remain paramount and aligned to the government initiatives in this regard.” On 16 June Youth Day, President Cyril Ramaphosa, who is committed towards the 4IR, said the government is providing education and training opportunities to ensure that youth get the skills needed by the economy “to unlock the full potential of our country” and help build a better South Africa.

President Ramaphosa’s remarks came as South Africa commemorated Youth Day – a day that pays tribute to the school pupils who lost their lives during the 16 June 1976 uprising in Soweto.

But that defining day 44 years ago, on would mean little if the youth of South Africa did not ensure that the struggle for a better education does not translate into a better life for all, according to Welma Mashinini Redd, the widow of one of the frontline leaders of the uprising, Teboho Tsietsi Mashinini.

“The events of June 16 should not be wasted, because at the end of the day we want to see students in South Africa in a better place,” she says.

Both the President and Mashinini Redd underscore the importance of skills development, says Bredenkamp, adding that the youth must grasp opportunities in the energy sector and play a key role in the future energy landscape for the country.

Therefore, considering tertiary studies at institutions like the University of Johannesburg and the University of the Witwatersrand, offering degrees based on 4IR outcomes and energy studies, must rank high on the career aspirations of the youth of today – to help build a better South Africa tomorrow.

A career in food may change your life!

81% of adults in South Africa are more mindful of their impact on the environment since COVID-19, with the trend…

Ambitious.Africa supports and encourages young people in Africa and the Nordic countries to actively participate in working for a better…